The Blues at Midpoint

Okay, technically the Blues have played 39 games so far, so it’s not midpoint. Leave me alone; I’m temporarily brain-damaged [more on that later]. But it’s close enough.

Thus far, the Blues sit in ninth place with a 20-13-6 record and 46 points, but they also have played four fewer games than the eighth-place team. There’s plenty of hockey to be played, so don’t start panicking yet. The fact that the Blues are in this position at all is an improvement from the last two years, when they dug a hole early and had to play fantastic hockey in the second half to scramble for the playoffs. This year, Davis Payne seems to have the Blues playing tighter, and it’s reflected in the standings. The Blues don’t have a top-shelf sniper, so they have to rely on a collective effort in the wake of injuries. 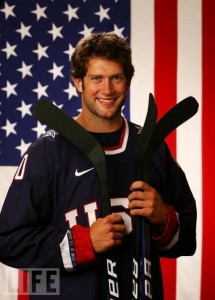 Two years ago, Backes showed solid scoring touch, notching 31 goals. Last year he regressed a bit, scoring only 17 but still notching 48 points. This year, the Blues gave him a 5-year deal worth $4.5 million, and he’s rewarded their faith by having his strongest season yet. In 39 games thus far, he’s scored 11 goals and 21 assists for 32 points, putting him on pace for 67 points, which would top his career best by 13. He also has a +/- rating of +11, by far his best in his career.

Backes is a power forward in the mold of Keith Tkachuk, who’s always been one of my favorite players. He lacks the elite scoring touch of a top-flight scorer, but he positions himself well and sets up his teammates with opportunities.

Well, if hockey doesn't work out, Sobotka prolly has a career as a male model.

Last year, Sobotka played 61 games and registered 10 points. In 35 games thus far, he’s scored 5 goals and registered 12 assists. With the shelving of the aforementioned trip, Sobotka’s stepped up his game and given the Blues solid ice time. On top of that, he’s just 23 and is growing into his game. 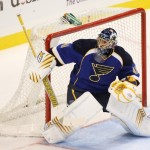 First, I’ll start with Halak. It’s tough to render him as my biggest disappointment of the season, because he really isn’t having a bad season. He’s won 15 games, has a 2.51 GAA and a .911 save percentage. But when the Blues traded for him, they were expecting an elite goaltender, and on that mark, he’s missed. Early in the season, he was an absolute stud, but then the defense sustained injuries and have been allowing a lot of shots to be taken on him and Ty Conklin. The Blues still rank 12th in the league with 2.7 goals allowed per game, but without a strong offense, defense needs to be their strong point. Halak has plenty of time to turn it around, and I think he will now that many of the key defensive cogs have returned. But nights like Thursday night [when he was pulled in the second period after allowing four goals on 19 shots] cannot happen often. 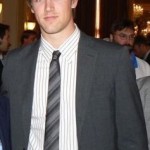 As for Berglund, he too isn’t having a bad season by any means. He has 8 goals and 13 assists and has played in every game thus far. But it wasn’t too long ago that he was regarded as one of the three core forwards [along with Oshie and Perron] that the Blues would build their future around. But after a solid rookie campaign in which he scored 21 goals and 47 assists, he regressed last year, netting just 13 goals and 26 points in 71 games. This year, he’s on pace for 17 goals and 44 points, which isn’t bad, but it’s not what the Blues expected when they drafted him with their first pick in 2006. Perhaps he’s just a slow developer, and he has flas had moments that demonstrate his potential, but he has to show these moments on a much more consistent basis.

As mentioned before, Payne has the Blues in a much better position to make a run for the playoffs than the last two years. If the Blues can get Oshie [who’s expected back around the All-Star break at the end of January], Perron, and McDonald back and contributing, the Blues could easily be a 3- or 4-seed. That is a big “if,” however. McDonald and Perron both have concussions, and after what happened last year with Paul Kariya, the Blues will be much more cautious in their approach to bring them back.

On a personal note, I mentioned above something about temporary brain damage. Most of my friends know, as do my followers on Facebook. I was involved in a fall [two, actually] a few weeks ago back when it sleeted. The first fall cut my face open and chipped one of my front teeth. The second fall was much more severe. I hit the back of my head and suffered a grade 3 concussion [concussions are graded on severity, and this is the worst] and cerebral hematoma, which means I bled into my skull, and the blood is applying pressure on my head, which causes me persistent headaches, dizziness, and double vision. Spent a week in the ICU at St. Mary’s with some lovely nurses and terrible food. Fortunately, I don’t need neurosurgery to alleviate the pressure, which was initially feared. It’ll just be a while before I’m back up to par; the doctor said it might take up to three months before my symptoms fully dissipate. I’m suffering from severe post-concussion syndrome, which, needless to say, has affected my ability to perform at full-strength, so my posts may be a little less consistent. Fear not, though; my editors at ReviewSTL pay me top dollar to inform and entertain, and I will do my job to the best of my abilities. Thanks for your understanding, and a big thanks to all my friends for their support.