The Best “Harry Potter” Midnight Show in St. Louis: Brought to You By ReviewSTL.com and Great Escape Gravois Bluffs 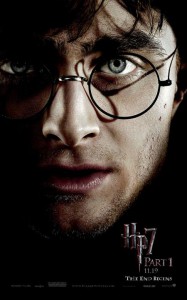 We will be holding a trivia contest where you can go up against our local Potter expert, Blake.  Beat Blake in a short round of trivia for a chance to win a prize! We will be giving prizes to the best people in Harry Potter costumes, and more! It should be a great time.

ReviewSTL will also be shooting video for a new section coming soon to the site! Want to be on a featured video on ReviewSTL’s front page! We know you do, so make sure you come to the midnight show, and bring your friends!

For a chance to win tickets to the midnight show at Gravois Bluffs Great Escape, leave a comment below about your favorite moment in Harry Potter history! We will alert the winners Wednesday afternoon! Remember, even if you don’t win we still want to see you with us at the midnight show!