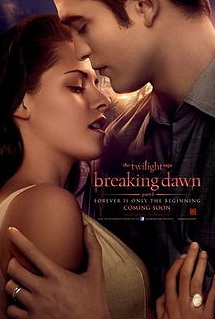 I told myself the last time that I wouldn’t see the next film in the Twilight series.

Back by popular demand, because the first three films made an obscene amount of money for promoting perhaps the most unreasonable love triangle in history, the fourth installment of the series comes as a welcome sight for the millions of fans worldwide. Whether it’s the romance, the plot, or the ability to see Taylor Lautner running around shirtless yet again, fans have clamored for more. Well, more is exactly what they get. I braced myself for despair and disappointment, as I do with my dates, and I entered the theater with three of my friends, Krisden, Jackie, and Andy, all of whom are ardent fans.

It’s wedding time in the little town of Forks. Bella (Kristen Stewart) gets ready to marry the most romantic dead guy (necromantic?) she knows, Edward (Robert Pattinson). After exchanging one-liners about eternal love that were most likely plagiarized from every romance novel ever written, they finally wed. It couldn’t, however, be a Twilight wedding without Jacob (Lautner) intervening. He’s so angry he rips his shirt off and runs into the wilderness. *

* – Whatever he and his family do for a living, they must be wealthy, given the amount of wardrobes they must go through in the span of a week. What happens when they turn back into humans? Naked awkwardness?

Continuing to ignore Jacob’s reasoning in the name of love, the newlywed couple jet off to Rio de Janeiro, where they take a boat to a secluded island for their honeymoon, where sexytime explosion occurs.

Lo and behold, Bella gets pregnant, which prompts Edward to panic. Apparently a human has never been impregnated by a vampire, a THOUGHT THAT PERHAPS SHOULD HAVE OCCURRED TO THE COUPLE BEFOREHAND, but didn’t because planning ahead and preventing a potentially apocalyptic birth would make a rather sedate ending to this series. 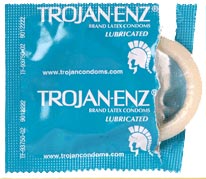 They return to the states, lying once again to Charlie (Billy Burke) so they can remain isolated. Once Jacob finds out their location, he heads to the Cullen house where he discovers she’s pregnant. He warns her once again that bringing the child to term will most likely be fatal for her, which she promptly ignores.

This unborn turns out to threaten the tepid detente between Edward’s family and Jacob’s, who want to attack the Cullens and kill Bella before she can have the child. Obviously, this does not please Jacob, who calls a family meeting and, in perhaps the most unintentionally hilarious scene in cinematic history, tries to assert his authority. I know this scene was meant to be tense, but I couldn’t help but laugh. Even Krisden “LOL’d,” in her words. Jacob eventually breaks his loyalty to his family, choosing to stand for what he believes is right. This eventually leads to a showdown at the Cullen house while Bella struggles through her pregnancy.

While the third film was pretty much focused on action, this film slows things down a bit and examines the personal relationships within a family. Jacob, who leaned heavily on his family bond in the previous films, is forced to choose which force is stronger: loyalty or conscience.  This was one of the stronger points of the film. The Cullen clan takes a backseat in most of the film, while Jacob’s clan takes center stage. Choosing to follow Jacob in his endeavor are Seth (Booboo Stewart) and Leah (Julia Jones), whose personal struggles lead her to desperately seek inner peace by following Jacob.

One thing that surprised me about the film was the amount of violence and blood in it. Apparently the film initially got an R rating for the honeymoon and sex scenes, but there was a surprising amount of blood in the film. The sound effects that accompany some scenes simply exacerbate the situation, and on more than one occasion, I saw Krisden shielding her eyes. The first three films were generally pretty accessible to a younger crowd, but some parents might want to think twice if they’re averse to violence in the movies they let their children see. As for the sex scenes, they’re pretty tame compared to other movies. You see more of Robert Pattinson than Kristen Stewart; any time she’s nude or topless, her back is turned to the camera.

Unfortunately, I don’t think even that will appeal to most of the guys who will see this film. Many of the shortcomings of the previous films are still present, and some aspects take a step back. The dialogue is the biggest perpetrator to me. The dialogue simply doesn’t flow from the characters. Each profession of love is more like a one-liner, as though the writers are hoping to present to the audience a clever catchphrase that they’ll remember long after they exit theaters. There’s really only one action sequence, a fight toward the end, but the camera angles are so claustrophobic that it’s difficult to effectively follow the action. Perhaps this was done intentionally, but I was just confused. The movie also has many deus ex machinas that guide the course of action toward Meyer’s vision that I wasn’t too fond of.

Once again as a guy, I found myself empathizing more with a minor character, Charlie, than any of the main trio. All Charlie has done in this series is love his daughter and try to provide for her as best as he can while comforting her in times of need, but she perpetually lies to him regarding her whereabouts, runs away, and belittles him in the process. She does it all in the name of love for Edward, but in the process she displays that the “love” she claims to have for her father is more a matter of convenience than one of paramount importance. It’s not uncommon for a person to disobey their parents in the name of doing what they think is right, but the film seems to portray that it’s acceptable to mislead loved ones for the sake of being in love.

The acting is still nothing to remember. Pattinson finally conveys some emotion, but there are moments when it’s obvious he’s trying to hide his British accent. Lautner has two modes: passive and angry. Stewart is still the worst perpetrator, however; four films in and she has yet to act convincingly.

As with my review of the last film, those of you who love the film will pretty much ignore everything I just wrote and write me off as a talentless hack (which may be true). Krisden and Jackie both absolutely loved the film, whereas Andy didn’t say much of anything afterwards except, “You wanna go get a beer?” The general consensus is that the film is a pretty faithful adaptation of the book, although a rather condensed one, which is understandable given the time constraint of the film and the fact that there’s another one on the way next year.

The Twilight series is a rather polemical one. There doesn’t seem to be a middle ground; people either love it or hate it. I think you can pretty much tell which camp I belong to, but in the interest of fairness, I’ll offer two overall grades, kinda like those old “Choose Your Own Adventure” books that we read as children.

What’s that? You didn’t read them? Ugh. I’m getting old.