I am a huge, huge, fan of this series which sadly far to many people wrote off after the movie version, which was actually quite good if you ask me.

The Blu release will present the film in 1080p and the episodes original aspect ratio of 2.35 which is the same as the films in the Star Wars series.

The production value on the show is superb and if you every checked out the extras on your The Clone Wars Blu-Ray, you should know that we are instore for probably the finest animated television disc to hit the home video format when this hits.

Some specs are below for the release, with hopefully more to come:
– Seven Director’s Cut Episodes:
– Rising Malevolence
– Shadow of Malevolence
– Lair of Grievous
– Rookies
– Storm Over Rylot
– Innocents of Ryloth
– Liberty on Ryloth

– Spectacular 64 page production journal that includes early sketches, artist notes, and concept art from each episode from Season One

– The Jedi Temple Archives (BD Exclusive) – An extensive database exploring test footage, early concept art, 3-D character and object turnarounds and early animation. The Archives is a rare look at the assets in various stages of creation for The Clone Wars, with a wealth of surprises and never-before seen moments sprinkled throughout. 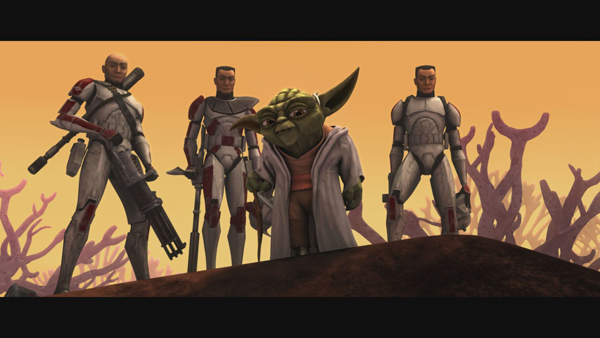