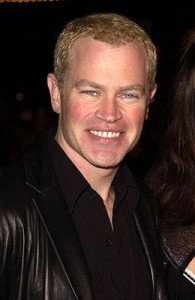 Stanely Tucci and Neal McDonaugh are going to be joining Chris Evans, Sebastian Stan, Hugo Weaving, and Hayley Atwell in Captain America: The First Avenger. The film will take place during World War II where Steve Rogers is given the super soldier serum, and subsequently becomes Captain America.

Tucci will be playing Dr. Abraham Erskine, the inventor of the super soldier serum. Erskine is head of ‘Project Rebirth’, and is responsible for picking Steve Rogers to be the carrier of the super serum, and the first successful run.

McDonough well be playing one of the Howling Commandos (led in the comics by Nick Fury), Corporal Thaddeus Aloysius Cadwallander “Dum Dum” Dugan. Dugan will be leading the Howling Commandos in the film, and there is a good chance he will also be appearing in the upcoming Marvel film, The Avengers.

Let us know what you think about the casting below in the comments!