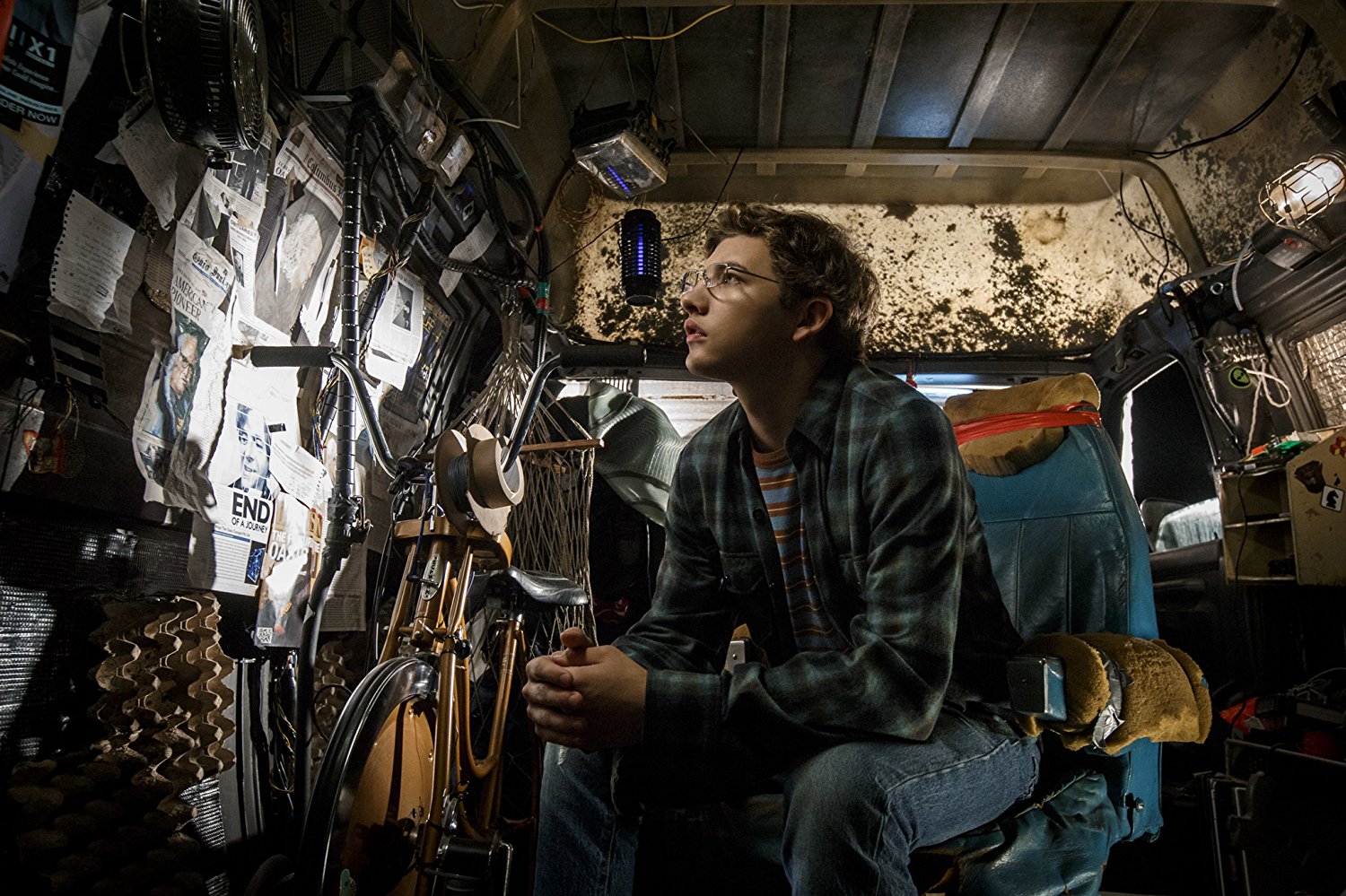 Warning: this review will contain spoilers, including discussions about plot points deviating from the novel. If you want to read a spoiler-free review, see Brad Heyen’s review here.

“I’m not crazy about reality, but it’s still the only place to get a decent meal.”

I fell in love with the idea of Ready Player One the moment one of my friends first recommended the novel to me. Science fiction? Check. 80’s throwback references? Check. Premise built around love of cinema and video games? Check. Loner guy with few friends and no luck with the ladies? Chec- ah, crap. 🙁

I wasn’t alone, though. The novel became a literary sensation, becoming a New York Times bestseller. Younger generations loved the virtual reality OASIS setting, while older adults who lived through the 80’s devoured the throwback references abound. With this almost-overnight success, it was inevitable that we’d see a film adaptation.

And so, here we are, seven years later, with an adaptation directed by none other than Steven Spielberg, the man who arguably did as much to shape 80’s culture as anybody. Despite the clamor for a film version, if you’ve read the novel, you’ll likely understand that it would be near-impossible to do a straight-up port of it. Ernest Cline spun a terrific tale of adventure and the dangers of abandoning reality, but there are several parts of the novel that just wouldn’t work well on the big screen. I’m going to mention a few select parts, hence the warning in italics above my review. If you ignored that paragraph, THIS IS YOUR FINAL WARNING. See, I even wrote that in caps locks and bold to get your attention. So don’t get upset if you read on and get disappointed by spoilers.

In an effort to condense the novel into a 2 hour, 19 minute movie, Spielberg basically cuts through the foreplay of the first few chapters. We’re introduced to Wade Watts (Tye Sheridan) walking through the stacks and essentially starting the quest for the first key almost immediately. Attending school and Aech’s lounge are essentially eliminated from the equation. Instead, we cut straight to the quest to find the late James Halladay’s (Mark Rylance) easter egg: total control over the virtual OASIS and $500 billion.

If you’ve seen the trailer, then you’re already aware of the first major departure from the novel (well, second, if you count Wade’s appearance, as he described himself as heavy in the book, which Tye Sheridan clearly is not); the race to find the keys becomes a literal race for one stage. Parzival, Wade’s avatar and Oasis username, Art3mis (Olivia Cooke), Aech (Lena Waithe), and hundreds of other players are tasked with completing what appears to be an impossible race, filled with obstacles and fictional characters impeding their path. The decision to make this first quest a race rather than what was in the book may rankle some fans; if that’s the case, you’re likely to be in a dour mood the rest of the film, as Spielberg and Clines made similar revisions to the other challenges. It’s not an easy pill to swallow, but at the same time, I completely understand it, as watching Wade play Joust likely wouldn’t make for a very entertaining challenge in a movie. 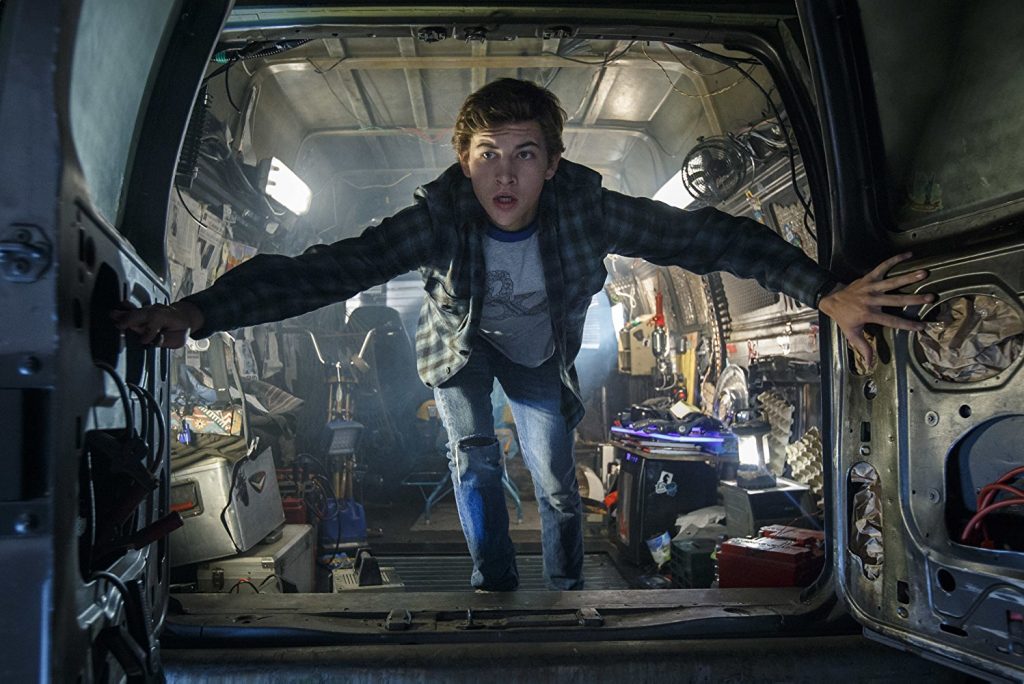 Once Parzival, Art3mis, and Aech, along with Daito and Sho (shortened from Shoto), complete the first challenge, they capture world’s attention, including Nolan Sorrento (Ben Mendelsohn), whose company IOI employs hundreds of people to act as gunters (egG hUNTERs). At this point, we’re also introduced to i-R0k (TJ Miller), who plays a significant part in the film as Sorrento’s mercenary. Whereas he’s just a nuisance in the beginning of the book who inadvertently led IOI to the first challenge, he’s the primary virtual antagonist in the film, and he becomes the primary source of comic relief as well. It’s a pretty significant departure, one that I wasn’t initially a fan of, but he’s good for a few laughs, and he serves as a consistent reminder that the audience shouldn’t take the movie too seriously.

If you’re hoping for endless nostalgic references, I don’t think you’ll be too disappointed. I know I missed tons of references, but the film does a fine job paying homage to the 80’s and the decades since. Video game characters from the last 30 years are all over the place, much of the soundtrack is from the 80’s (had to fire up some Tears for Fears on the drive home), and in my favorite reference, Art3mis uses an M41A pulse rifle (I was mildly disappointed it didn’t use the firing sound from ALIENS, though). Spielberg tried to minimize the references to his own work, but there’s more than one nod to Back to the Future among other films.

The relationship between Parzival and Art3mis, and Wade and Samantha in real life, progresses quickly throughout the film, perhaps a little too quickly. In another major departure from the novel, Wade meets Samatha much earlier than the final scene, and the resistance to IOI and Sorrento’s desire to turn the OASIS into his own virtual vision becomes a physical as well as a virtual one. Due to the condensation of the plot, the chemistry between the two felt a little forced, and I really didn’t like how they softened Art3mis/Samantha’s personality. In the novel, she’s a force to be reckoned with, determined to win the fortune so she can help the less fortunate; in the film, she’s more conceding. 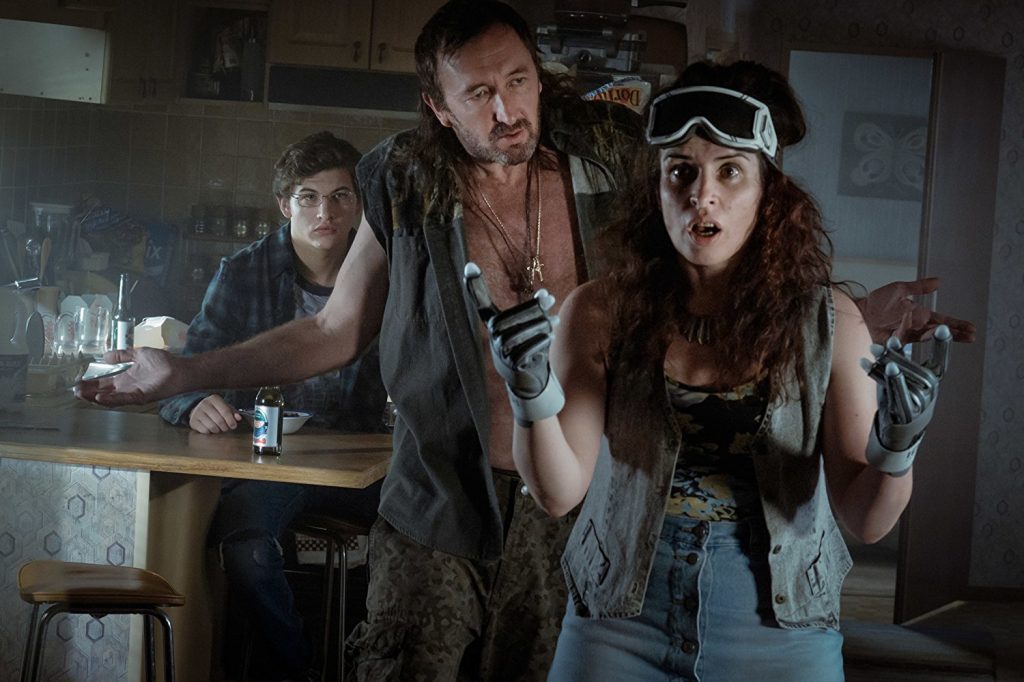 I knew going in that a lot of things would be different from the book, so I’d braced myself. In spite of all of these changes, though, I still felt myself enjoying it. There are moments where I found myself lost in the visual marvel on screen, in particular the club scene. When Parzival walks through the crowd and dances with Art3mis on the dance, uhh, air, it’s absolutely hypnotizing. In moments such as these, you can see why people in the future are desperate to escape from their harsh realities and spend time getting lost in the OASIS.

The aforementioned challenges are different, and even the climax itself is a revision of how the story plays out, but I think they’re handled well. Teaming up with Zak Penn, Cline did a solid job of crafting a story that follows the spirit of his novel, but streamlines the journey so as not to be too esoteric and uninteresting. It’s part action/adventure, part mystery, and watching the characters interweave their fate throughout the film is just plain fun.

The bottom line, if you’ve read the book going in, your reaction is likely to depend on your mindset. If you’re wanting strict adherence to the novel, you are probably going to hate the adaptation. To be blunt, there are just too many scenes that wouldn’t translate well that had to get cut or revised. There are also major character revisions, including the fate of one major character that turns from a somber conclusion in the novel to a much happier one.

If, however, you’re willing to accede this mindset and are willing to go in with an open mind, the same willingness that Cline’s novel originally asked for, there’s a world of enjoyment that can open up for you. Although the novel and film both share a similar message about not letting fantasy impede your enjoyment of reality, that doesn’t mean you can’t lose yourself for a couple hours. It isn’t perfect, but it’s a damn good time.

Ready Player One gets a B+.