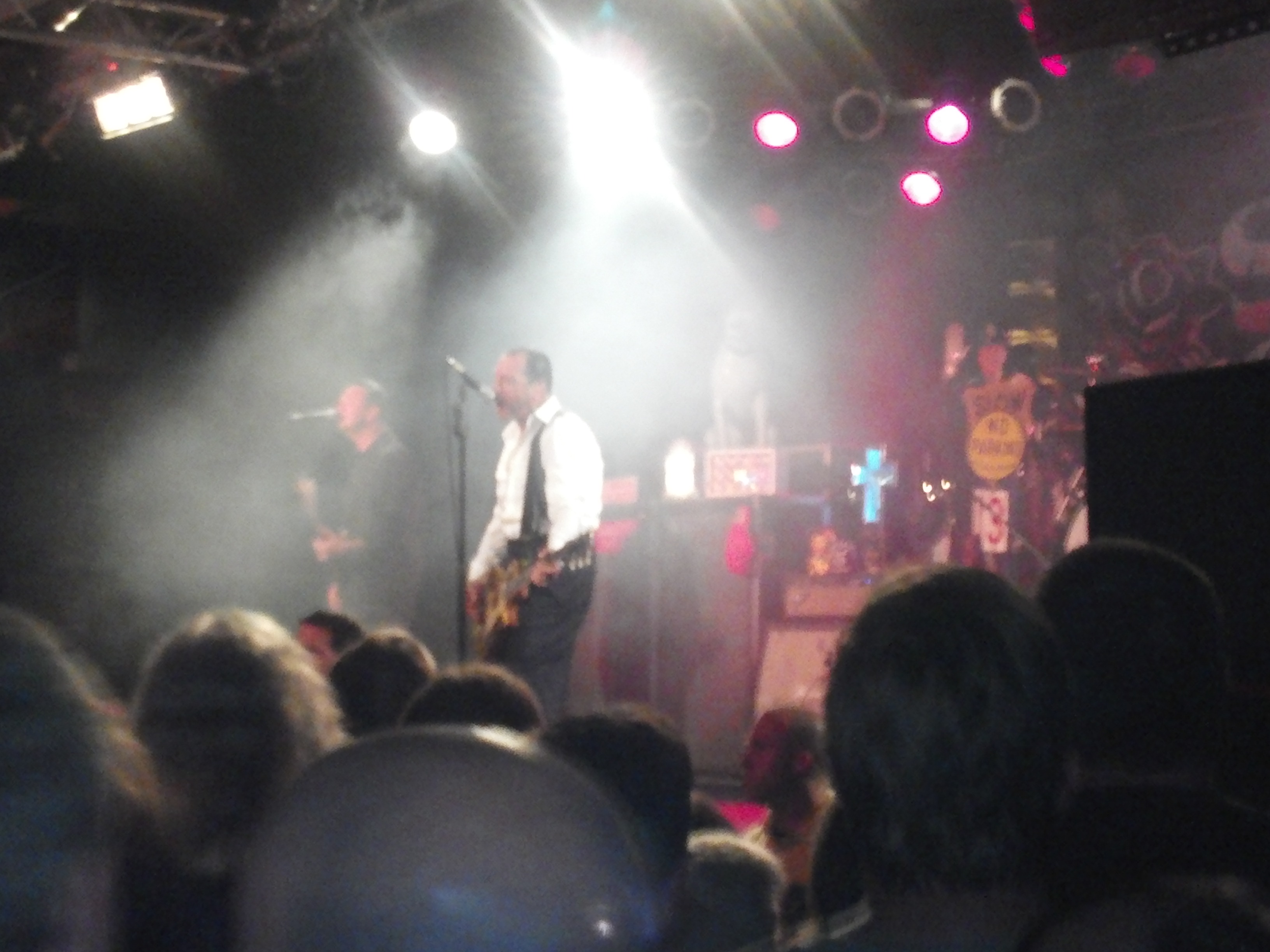 Not even Biblical hail, rain and wind could keep fans from Social Distortion’s show at Pop’s last weekend. Area concert-goers obviously wanted to impress lead singer Mike Ness with just how hardcore they were, but someone forgot to tell Ness that he should dish out the same.

On Saturday, April 28, people in the St. Louis area took shelter from a sudden storm that knocked over a major event tent downtown, killing one and injuring many. After hours of golf ball-sized hail and a tornado warning, things calmed down a bit as the storm blew eastward. Blinding rain and, well, sheer terror, kept this reviewer from Pop’s until 9 p.m., completely missing opener Lindi Orgeta and most of second act The Toadies’ set. The large crowd loudly appreciated The Toadies, and the band continued to get deafening applause each time Ness mentioned them during the Social Distortion set. From past experience, I know that The Toadies always bring their A-game, and the three songs I arrived in time to hear told me that this set was no exception.

Ness and Social Distortion came to the stage ready to rock, not talk. Ness, clad in a white shirt, black pants, suspenders and a fedora, led the band through “Bad Luck,” a staple of the 1990s that has regained popularity in recent years. “So Far Away” and “Story of My Life,” more popular 90s songs, followed and enticed the crowd to sing along. Social D. continued its homage to the era of flannel with “I Was Wrong,” which Ness regularly confesses is a tale of caution.

The band finally left its back-catalogue briefly with “Machine Gun Blues” from 2011’s Hard Times and Nursery Rhymes, but immediately returned to the 90s with “Sick Boy” and “Cold Feelings.” Social D. jumped back to the their latest album with “Bakersfield” and “Gimme That Sweet and Lowdown,” but by this point, I couldn’t help feeling that Ness and the band were a bit weary. Even audience favorite “Ball and Chain” didn’t contain the guts or drive that Ness usually puts into it.

By the time Social Distortion closed with their popular cover of Johnny Cash’s “Ring of Fire” after a short encore, I was actively comparing this show to the band’s appearance at the Pageant last May. While the Pageant show was full of force, chatter and variety, the Pop’s show felt a bit tired. While still feisty, Ness looked more haggard than he did just a year ago; maybe that’s to be expected, as Social D. has been touring almost nonstop to support Hard Times and Nursery Rhymes. The show wasn’t bad by any means, but it wasn’t juiced up, either. Somehow, the hail just found a way to kill the show’s power while leaving the lights on.
——————

* Ness complimented the crowd on its Midwestern hospitality, particularly at the Blues/Kings hockey game. A California native, Ness was at the playoff game until 9 p.m. before the show. The Kings beat the Blues 3-1.