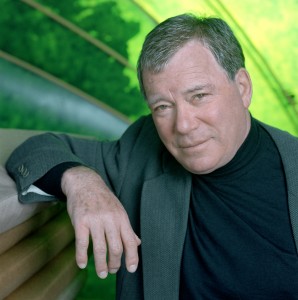 Have you heard the latest about William Shatner’s new television show?  No, it’s not a satire action / adventure series based around the Priceline Negotiator.  The latest comedy pilot greenlit by the folks over at CBS is based on a Twitter account — twitter.com/shitmydadsays (Shit My Dad Says).

You heard that right.  Shatner will be starring in a show that is based on the Twitter account of a 29-year-old named Justin, who lives with his 74-year-old father.  Justin updates his Twitter account with quotes from his father – hence the title, “Shit My Dad Says.”

Here are some of his Father’s latest quotes:

“There’s a word for people like that…No, I’m saying, there’s a word and I don’t know what it is. I’m not being fucking poetic.”

“Nah, we don’t celebrate it. Don’t know who St. Valentine was, don’t give a shit, and doubt he wants people screwing in his memory.”

“Don’t mess with him…Trust me, you don’t fuck with a man that sleeps next to a woman he never screws. They’re unpredictable.”

“You can watch the house while I’m gone. Just don’t call me unless something’s on fire, and don’t screw in my bed.”

Justin’s Twitter account currently has 1,173,081 people following it, just a small time since it’s launch in August of 2009.  The pilot will be produced by “Will & Grace” creators David Kohan and Max Mutchnick.  Now that William Shatner is on board, the project has been greenlit and a pilot is in the works.  Knowing Shatner and his stellar comedic abilities, the show has a lot of potential to be great.