Season Premiere of ‘Glee’ Is a Hit! 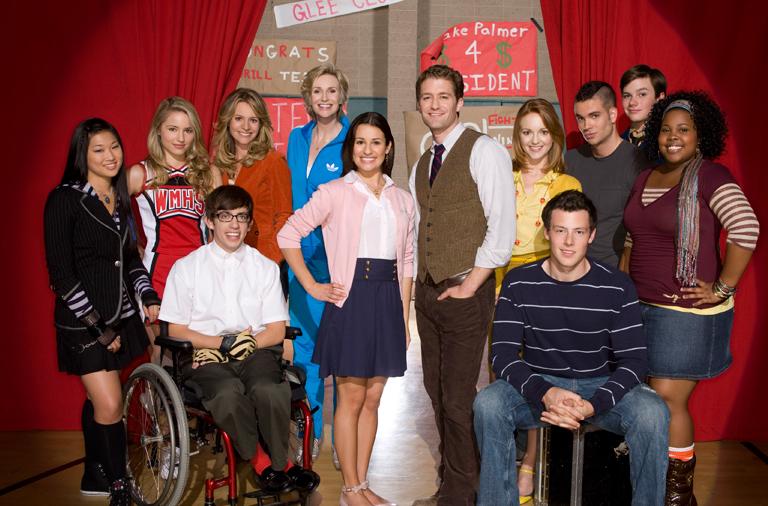 It has been months since the pilot of Glee aired on FOX after American Idols, debuting to good ratings and much praise. One had to wonder though, would a wait this long keep viewers? Well, apparently a strong marketing campaign by FOX doesn’t hurt. I have seen ads for this show everywhere, and they give you just enough that it makes you want to see more. Apparently, I was not the only person wanting to see more of these high school outcasts and their musical numbers. Glee came out on top last night in the demographic of adults 18-49. America’s Got Talent came in top in overall viewers. The demographic that Glee won is what advertisers look at, so this is good news for people who want to see more Glee.

Enough about numbers, lets talk about the show for a bit. Did it live up to expectations? For me, absolutely yes. In fact on the whole I felt that this episode was much better with the pilot. There are still some awkward moments that need to be worked out, but overall it was an improvement on an already great premise. There have already been really great attempts at musical episodes, such as Buffy the Vampire Slayer’s episode Once More With Feeling. A whole musical based series is great. New takes on popular songs are always great.

The way the episode mirrored the songs with plot developments were great. I especially loved the rendition of Kanye West’s ‘Golddigger’ spliced in with footage of Matthew Morrison’s  Will dancing, while his gold digging wife Terri was diving deeper into her own self-interest and greed. A lot of the songs sound a bit over produced and don’t look as natural as I am sure they are meant to seem, but they are entertaining none the less. Glee club members selling sex to the other students to recruit members using Salt N Peppa’s ‘Push It’, consider me sold.

While the music is the real star of the show, you can’t easily dismiss how clever it can be at times. Take for example Finn’s method of keeping himself on course, with a horrifying image of his first day driving. Not many shows are willing to go this far for a laugh. Things like this not only make the viewer laugh, but disturb them at a completely other level. It is that commitment to comedy on other levels that gives me great hope for this show. The top 40 musical sounds are great and keep your average viewer glued to the TV, but the comedy that seems to take some risks gives me great hope that show I really like will actually meld with a popular show. Too many times I have seen great shows that take risks (Arrested Development, Pushing Daises, etc) only to miss mass appeal because of those risks. This show has a great element to keep all kinds of viewers there.

Glee – Showmance gets a B+