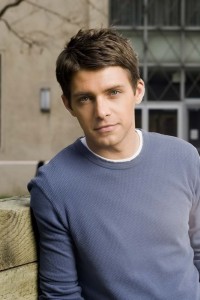 I’m still willing to bet the series gets a title change before it gets too far into CBS’s production schedule, but now the series has a co-star for William Shatner. (Read out story when the show was greenlit with Shatner.) Ryan Devlin will co-star in the series as Shatner’s character’s son, Justin.

Shit My Dad Says is based off of the popular Twitter feed of Justin Halpern, who at the age of 29 moved back in with his father. Halpern got the bright idea of tweeting the crazy things his dad says. The deal turned him and his father into internet stars, and now has landed them a TV deal with CBS.

Producing the show is Will & Grace creators, David Kohan and Max Mutchnic. Halpern will be writing the pilot, and James Burrows will be directing it.

How do you thin the conversation with his dad went after his feed got them famous? How do you tell someone all the weird things they have been saying have been used for the entertainment of thousands? I’m sure money will cheer him up.