“Robocop” Remake Gets Its Lead and a Distributor 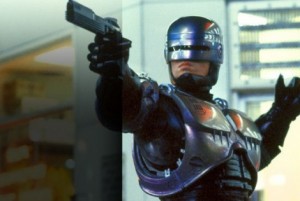 I just watched “Robocop” for the first time a couple of years ago.  I was impressed.  While it definitely has an 80s style to it, I think it still holds up pretty well for today’s audience.  I was shocked at how violent the film was.  Not a bad thing of course.  As much as I enjoyed the original, I was happy to hear that it was gonna get a remake (I feel the same way about “Total Recall”).  While we have known for some time that Jose Padilha is directing, the project just got two big announcements.

We now know that Joel Kinnaman will be the robotic law enforcer.  Though many people, including myself, may not be familiar with his name, chances are good that you have seen him in at least one recent movie whether you realized it or not.  Last year he appeared in Ficher’s “The Girl with the Dragon Tattoo” and “The Darkest Hour”.  This year he starred alongside Ryan Reynolds and Denzel Washington in “Safe House” as well as the TV series “The Killing”.  Despite this being a more high profile, and leading, role for him, audiences are unlikely to recognize him still due to the fact that I am sure his face will be half covered for most of the film.

Little is known about the remake except for a quote from Padilha:

“In the first ‘RoboCop’ when Alex Murphy is shot, gunned down, then you see some hospitals and stuff and then you cut to him as RoboCop. My movie is between those two cuts. How do you make RoboCop? How do you slowly bring a guy to be a robot? How do you actually take humanity out of someone and how do you program a brain, so to speak, and how does that affect an individual?”

Is this a film that you are looking forward to or do you think that the original should just be left alone?  Let us know what you think in the comments below.