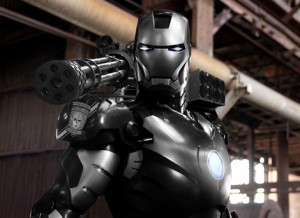 Finally, after speculating about it not long ago, it seems that the Iron Man 2 full length trailer is finally coming! (Watch the latest Iron Man 2 Featurette) Robert Downey Jr. will be promoting the film on Jimmy Kimmel Live on ABC after the Oscars.  What a smart marketing move by ABC, to market a popular film around the most popular film event every year. I don’t usually tune into Kimmel, but you better believe I will be Sunday night. My HD DVR from UVerse will be fired up and ready to record.

On a historic night where Jimmy Kimmel has previously debuted such pieces as “I’m F***ing Ben Affleck” video and Mel Gibson’s “The Colonel,” tune in to see another celebrity-filled surprise this year featuring special appearances from such notables as Matthew McConaughey, Rob Lowe, Sting, Ben Affleck, Jennifer Garner and many more.