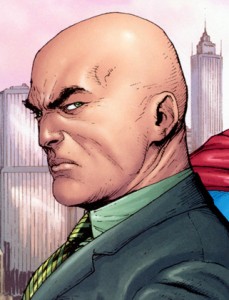 I love comic books, and I love most comic book movies.  Unfortunately, I feel like the mass audience does not see the best superhero films.  I believe those have been the animated films put out by both DC and Marvel.  “Batman: Mask of the Phantasm” is my favorite Batman film of all time.  “Green Lantern: First Flight” is leaps and bounds better than the Ryan Reynolds flick that horrified fans last summer.  “Justice League: A New Frontier” shows that you can make a great ensemble pic with multiple heroes with multiple plot lines.  And I am afraid that I will enjoy both “Ultimate Avengers” films more than this upcoming “Avengers”.  I digress.

I always think it is fun to hear and see what could have been in the world of comic movies.  What would Schumaker’s interpretations of Harley Quinn and Scarecrow have looked like in the proposed sequel to “Batman and Robin”?  How would audiences respond to Nicholas Cage as Superman?  What would Jack Black do with the power of Green Lantern?  Yes, all of those were actual possibilities.  But today we got word on a casting that actually does interest me.  What if Robert Downey Jr. had played Lex Luthor?

It is not a secret that at one time director McG was attached to helm a new Superman film from a script by JJ Abrams.  McG as well as Henry Cavill himself said that Cavill was very close to be cast as the Man of Steel in that film (only ironic that Cavill will don the red cape next year).  Now McG has revealed that the man up against Superman was Lex Luthor with Downey Jr. locked up to play him.

What I find most interesting about this is that the project was being developed in 2002.  A time when the actor was not exactly the A-list celebrity that he is now thanks to projects like “Iron Man” and “Sherlock Holmes”.  Would this role have sent him on a different career trajectory?  What would he have brought to the table that we have not seen in film already?  One can only wonder.  As interested as I am by the fact that JJ Abrams wrote the script, the fact that McG was going to direct kind of puts it at a wash.