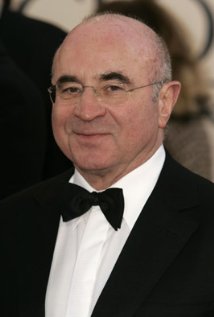 He may have stood at just 5’6″, but his stature in Hollywood stood tall.

The entertainment industry reeled last week with the announcement of Bob Hoskin’s passing from pneumonia. Hoskins, who earned an Academy Award nomination for his work in “Mona Lisa,” expanded his repertoire to more light-hearted fare, for which he is best-known.

To remember the man, our redoubtable crew sat down and discussed some of his more memorable roles that helped shape our childhood cinema memories.

Meanwhile, Matt went with a nostalgic choice, 1990’s “Mermaids.” And in Blake’s stead, we introduced a guest panel member, Allison, who brought a nice female perspective to the show and discussed “Spice World” among other interesting choices.

Hoskins had a lot of memorable roles, notably his performance as Eddie Valiant in “Who Framed Roger Rabbit.” He also had a few roles for which he likely would have wanted a mulligan (hello, “Super Mario Bros.”). Any way you look at it, though, he carved a legacy through his gruff voice and dominating persona that’s unlikely to be seen again any time soon.

So pour one out for Bob (and Blake), sit back, and reminisce about the life and times of Robert William Hoskins.