Review:4U A Symphonic Celebration of Prince 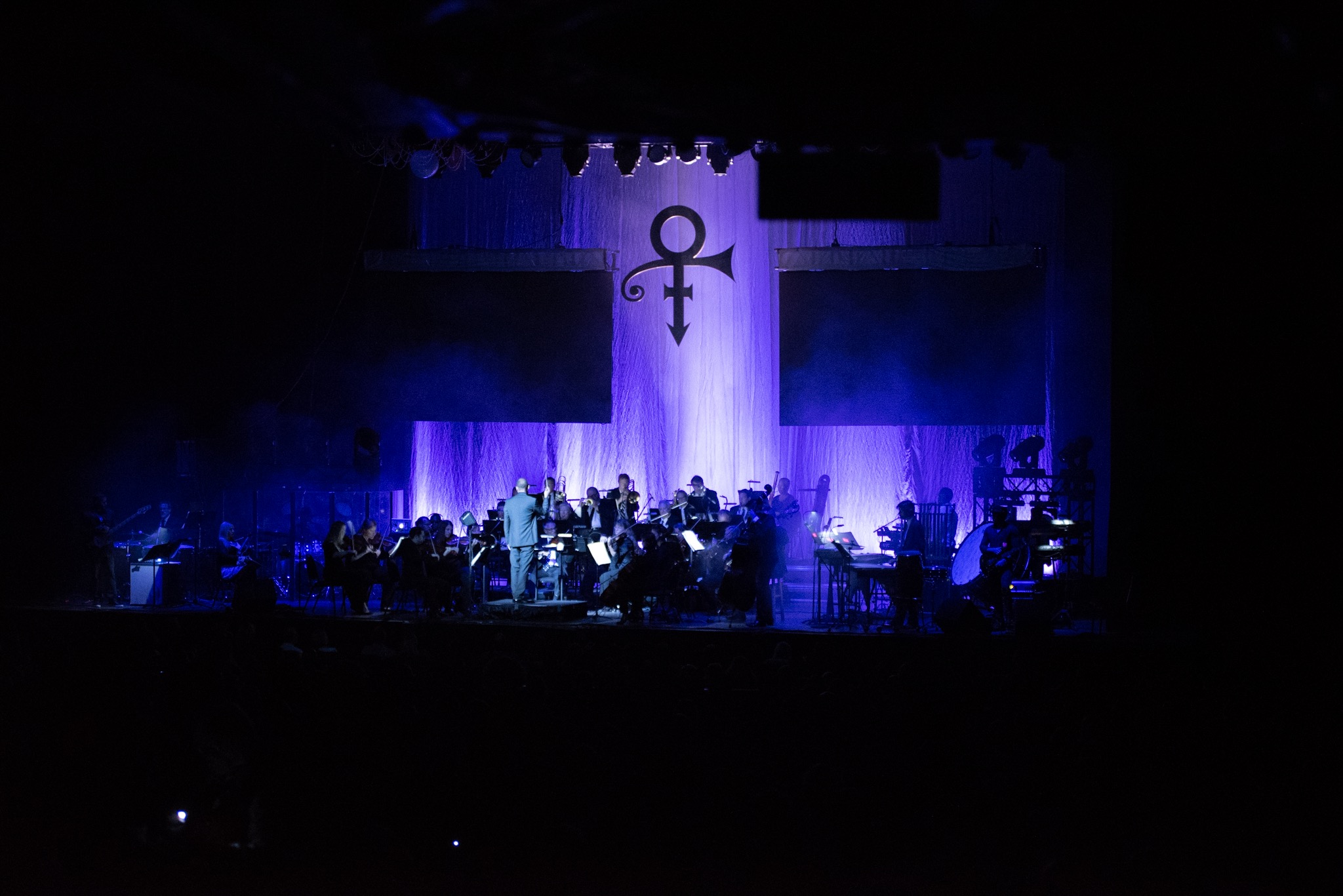 The show was delivered in two parts, as the project’s curator, the Roots’ Questlove, announced (via a recorded introduction). The first would highlight “deep cuts,” while the second half would feature the hits. The deep cuts came mostly from the movie UNDER THE CHERRY MOON. While the material – “Christopher Tracy’s Parade,” “I Wonder U,” “New Position,” among them – are fairly unknown to me, as I wasn’t a big fan of the movie, but having been arranged and orchestrated by Clare Fischer, they, seemingly, were no-brainers for this show. In a brilliant move, Quest had approached Fischer’s son, Brent, as he had worked with his father on several Prince projects.

The first half also featured fairly different takes on songs like “Controversy” and the 1999 album cuts “Automatic” and “Something in the Water (Does Not Compute).” Complete surprises were the unreleased compositions “It Ain’t Over ‘til the Fat Lady Sings” and “All My Dreams,” leftovers from the UNDER THE CHERRY MOON sessions. More than twenty minutes into the show, “Nothing Compares To U” was the first song that I really recognized straight off. I certainly don’t mean to slight the talented band accompanying the orchestra; however, “Nothing Compares To U” was the first time that one of the group stepped forward for any type of sustained exposure as electric violinist Ginny Luke delivered a brilliant solo. For the first time, “1999” got some folks on their feet, shaking off the staid, almost sterile orchestra feel of the evening. Miss Luke, likewise, was on her feet, delivering the first minimal vocals of the evening, as well as a bit of booty-shakin’ of her own. Bassist CJ Alexander, drummer Skeeter, electronic percussionist Titus Johnson, and a still unidentified guitarist, steadfast all night long, seemed energized by the crowd, pushing into new heights of rocking funkiness. If this first half dealt us a somewhat laid-back take on the Prince legacy until the end, that ending certainly did bode well for part two.


Totally eschewing that “stay in your seat, this is an orchestra” stuff, as “Let’s Go Crazy” kicked off part two and the front of the stage was crashed by a slew of hearty revelers. A Prince-worthy solo by Luke ended the number. “When Doves Cry” turned into a massive sing-along, with the Fabulous Fox crowd raising their voices as one. It was, for me, the first truly moving moment of the evening, though certainly not the last. As Ginny Luke became more involved with the crowd, I mentally noted that she had turned into quite the show-stopper. “Little Red Corvette” sounded like it was made to be played in this orchestrated fashion. Mister Alexander delivered an absolutely amazing bass solo and the guitarist (does ANYBODY know this guy’s name?) definitely proved his funky mettle. The inherent funkiness of His Royal Purpleness continued on a cool version of “Kiss.” Though an odd choice (in my opinion) of “Starfish and Coffee” kinda slowed things down at just the right time before spilling into a majestic “Take Me With U.” A snippet of “Irresistible Bitch” followed before morphing into “Raspberry Beret.” The symphony took over for an incredible interlude that led into… the Revolution doing “Purple Rain?” Yes, at this point, the live band sat out and let the legendary moment from PURPLE RAIN speak for itself. Though we had being seeing images and visual cues of Prince all night, his voice literally (and, yes, I have used that word properly) sent a chill down my spine, put a lump in my throat and brought a tear to my eye. In fact, there were several audience members wiping away the tears during this one.

The orchestra continued to accompany as Prince’s solo hit. It is, without any doubt in my head, one of the greatest, most soulful guitar workouts in the history of rock, funk, soul or any other genre of music. As the live band joined in, the already overwhelming emotions merely intensified. It was a brilliant finish to an absolutely stunning show! But, wait… after most of the musicians had quit the stage, the video screens came alive again, with the Man himself delivering those familiar words: “I ain’t done yet. Chalk one up for the Kid!” As Prince and the Revolution launched into “Baby I’m a Star” before the band and orchestra joined in amidst an insane light show. While the tune and the presentation were cool, it almost seemed anti-climactic after the stirring “Purple Rain.” My thanks go to Questlove and the Prince Trust for bringing this vision to life and for the band, conductor James Olmstead and the local musicians of the orchestra for an unforgettable evening celebrating the one, the only Prince.