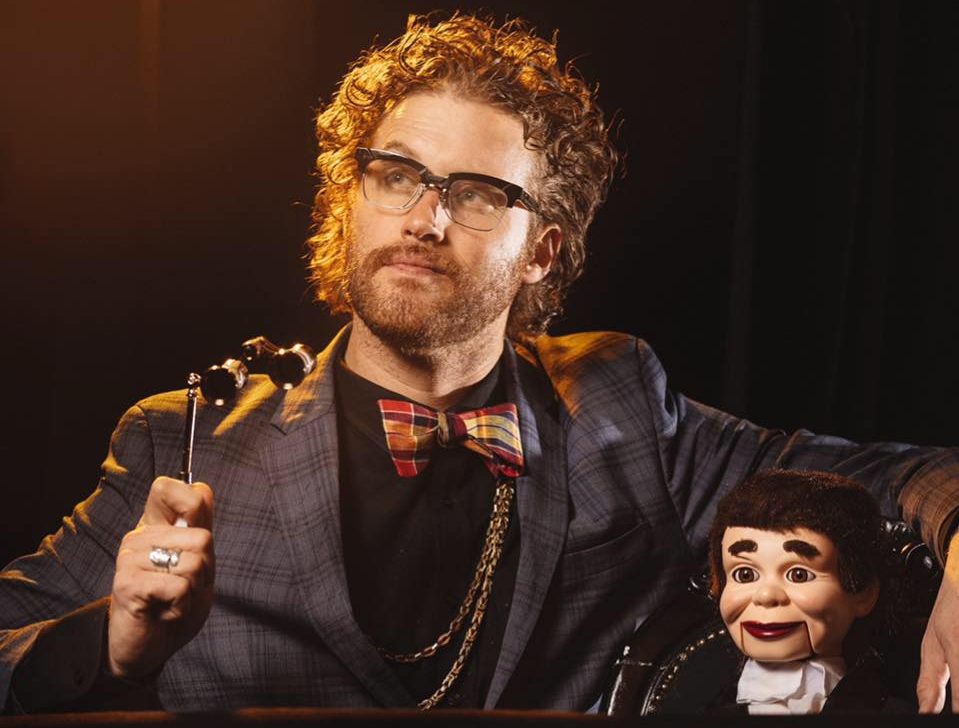 Over the weekend, actor and comic TJ Miller performed six sets over three nights at Helium Comedy Club, spanning from Thursday through Saturday. Performing to sold-out crowds, Miller was no stranger to Helium or St. Louis for that matter, as he always makes sure to hold a performance each year in the St. Louis area, bringing fans back for more, and selling out sets nearly every time.

This past weekend was no excuse. Fresh off the release of his latest acting gig with Underwater still playing in theatres, TJ was introduced as previously appearing in the hit series Silicon Valley and both Deadpool films. The show opened up with a Los Angeles native and friend of Millers named CJ Sullivan, who brought his own brand of comedy discussing the difference between the Midwest and the West Coast. Sullivan also commented on Uber, and the hilarity involved with their hiring processing – as well as some local jokes about STL to engage with the crowd specifically. After about 15 minutes, Miller was introduced and took the stage and was greeted with loud screams and an anticipated audience.

I have to say, seeing Miller perform live for the first time, I was more than impressed. The show was absolutely fantastic, with TJ covering material from all over the place, including his own riffing off the audience – leading to a deviated and improvised tangent of jokes, utilizing half of his set time. It was fine with Miller, as he thanked his audience multiple times, and wasn’t the least bit upset that he deviated from his planned material to create a unique and organic experience for the audience of that specific show.

Miller’s comedy was observant, with his language is specific to accompany his jokes. While many might have found it be silly or goofy, it actually speaks volumes to the comedian’s own high intelligence and observant personality that was able to deliver poignant jokes and one-liners that hit the audience like a punch in the gut and left many roaring with uncontrollable laughter.

Trying to summarize the show would prove to be challenging. It is a true statement to say, “You had to be there.” But, what I can do, is tell you that TJ Miller is one of the most important names in standup comedy, and don’t sleep on the opportunity to get to see him perform. I can promise that you will not be disappointed. With his fresh ability to improvise and engage with the audience, each set and each show is bound to be different and provide a memorable experience. Rather its telling jokes, juggling, attempting to sell his new hot sauce (which you should try, it’s really good,) showing his eternal gratitude towards the wait staff and those who hosted him, to even attempting an intriguing and unique ventriloquism act, Miller proved his showmanship is beyond what anyone would anticipate.

TJ Miller proves to be one of the most relevant players in the game of comedy, and even with his vast popularity, is still performing at venues such as Helium Comedy Club to provide the best experience to his audiences. Promising to come back next year, with a handful of new material, it’s a safe bet to say most of those in attendance of the show will be readily available and anticipating Miller’s return. For those who didn’t get the opportunity to catch one of his shows, take my advice and be on the lookout for Miller’s return, it’ll prove to be a show you won’t want to miss.