Review: ‘The Curious Incident of the Dog in the Night-Time’ Opens the 51st Season at The Rep 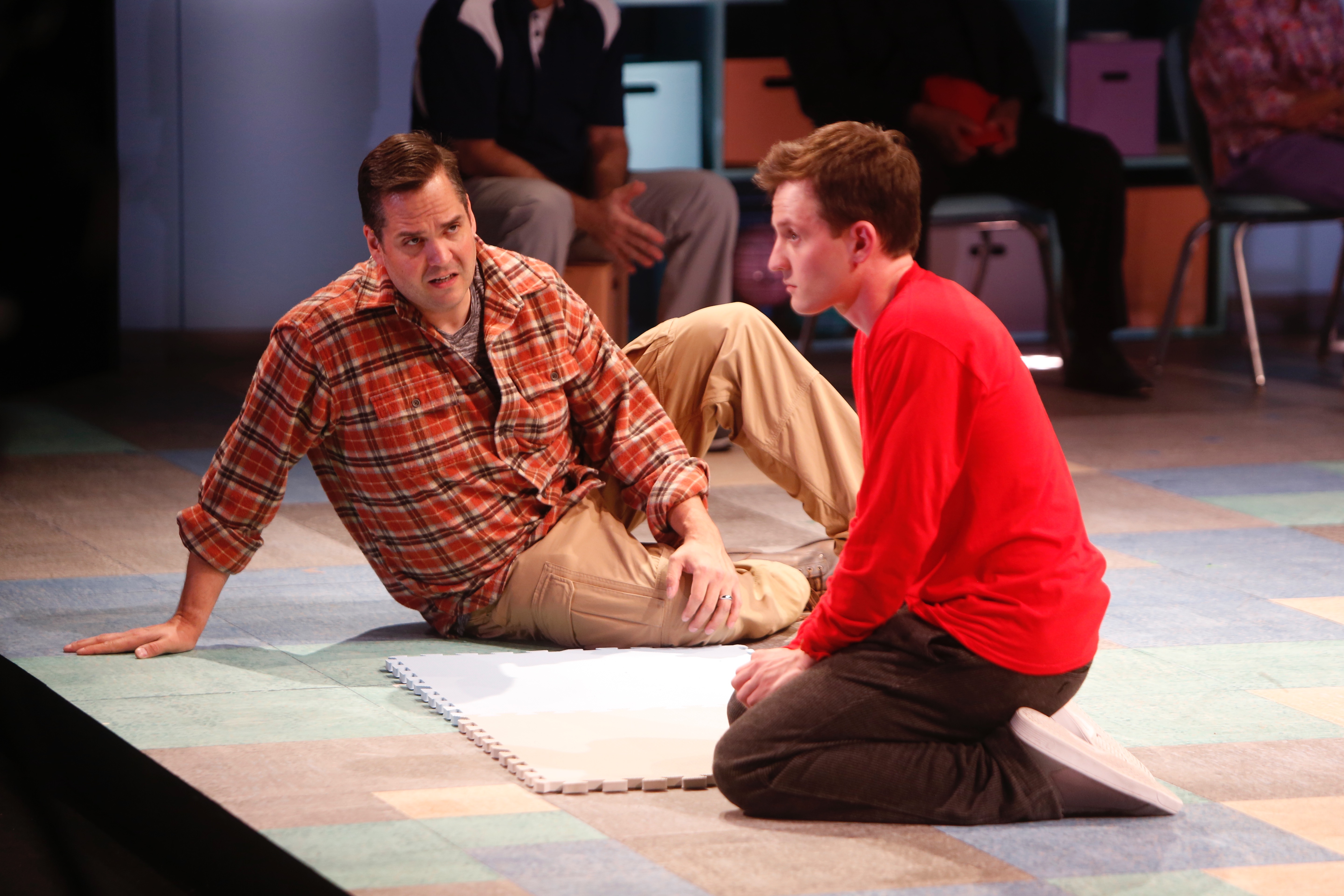 The Repertory Theatre of St. Louis just celebrated its 50th season with a fantastic line-up.

Without missing a step, the 51st season is here with an equally impressive list of shows. And the first is The Curious Incident of the Dog in the Night-Time (based on Mark Haddon’s 2003 mystery novel), which won 7 Olivier Awards and 5 Tony Awards – including Best Play.

The show stars Nick LaMedica as Christopher, a 15-year-old boy on the autism spectrum, who discovers his neighbor’s dog Wellington has been murdered. He sets out to find the killer, while also struggling with life at home after his father Ed (Jimmy Kieffer) tells him that his mother Judy (Amy Blackman) has unexpectedly died. 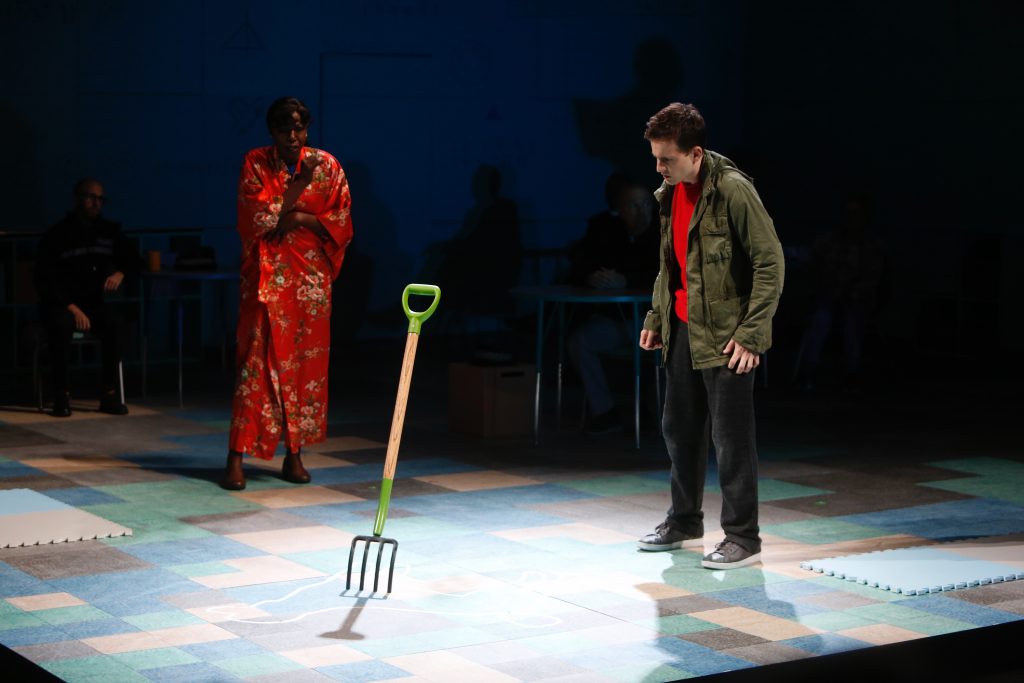 The story is told in a unique fashion, as the audience views Christopher’s story through a re-enactment from his journal, which his teacher Siobhan (Kathleen Wise) has convinced him to turn into a play. The entire set becomes a character, as objects are cleverly used to show what is going on in the mind of the young boy. Meanwhile, the cast of teachers are tasked with playing several characters in this one-of-a-kind play.

Nick LaMedica gives a breathtaking performance as Christopher, who seldom receives a break from the spotlight. While the show is full of terrific actors, LaMedica’s complex character does most of the heavy lifting. The actor gives a powerful and emotional performance, which is truly captivating from start to finish. 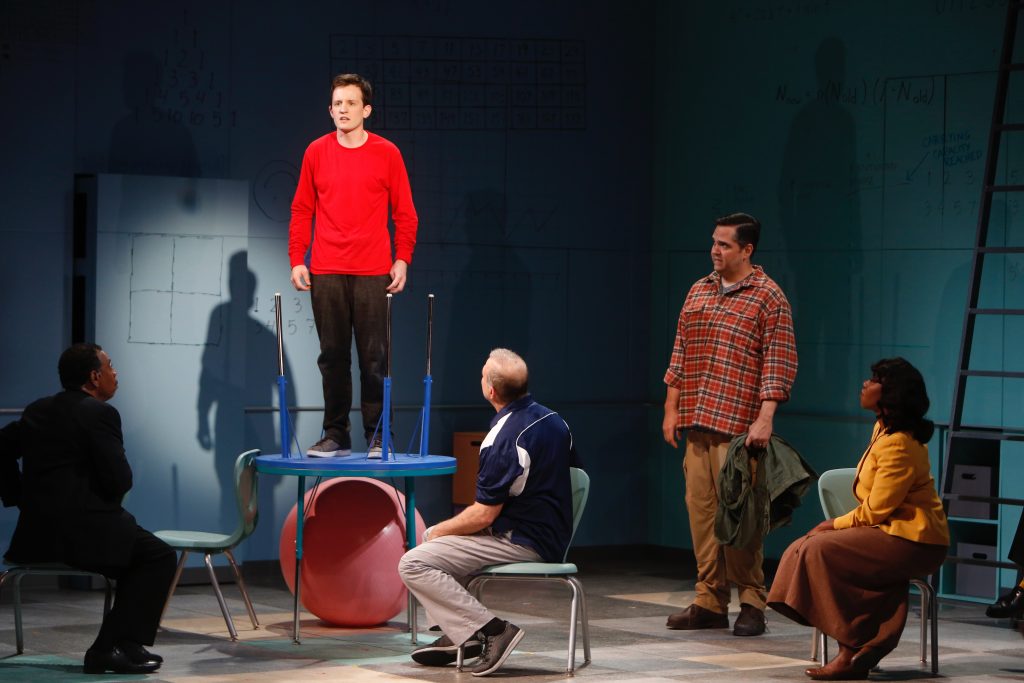 Kieffer is fantastic as Christopher’s father, who always tries to do what he thinks is best for his son – no matter how difficult the decisions. If I didn’t know any better, I would say that he and LaMedica are really father and son. Their performances are both extremely touching, and heartbreaking at times.

Credit has to be given to director Marcia Milgrom Dodge for not only handling such a complex play, but also taking on the choreography duties. Usually when we think of a choreographer, our minds go straight to musicals. Yet the entire show of The Curious Incident of the Dog in the Night-Time can be looked at as a sort of dance. Characters are given multiple duties as they are used to visualize what is going on inside Christopher’s mind. Especially during the second act, when the show changes scenery, is when we truly start to see things the way Christopher does. And the entire cast, which never seems to sit for long, is to be credited for the success of these stunning visualizations. 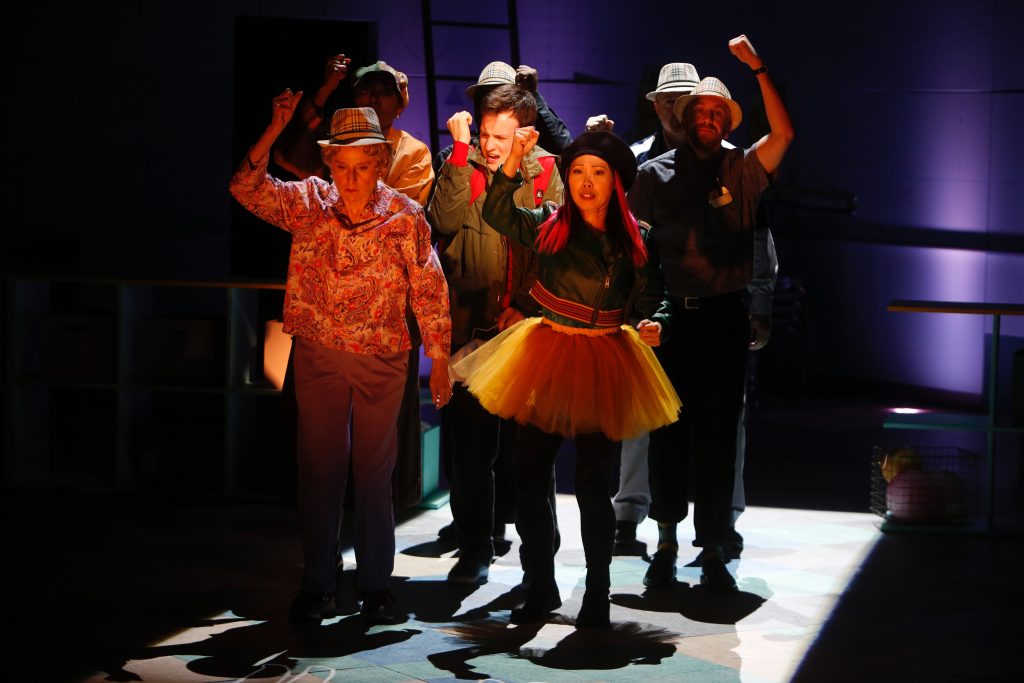 It’s so exciting that we are lucky enough to see a show like The Curious Incident of the Dog in the Night-Time, and have it handled so wonderfully like it has been by The Rep. It is a great story, told through brilliant performances and creative scenic design, and it is one that will stick with you long after the curtain closes.

The Curious Incident of the Dog in the Night-Time plays The Rep Sep. 6-Oct 1. For more information, visit repstl.org. Tickets are available here.