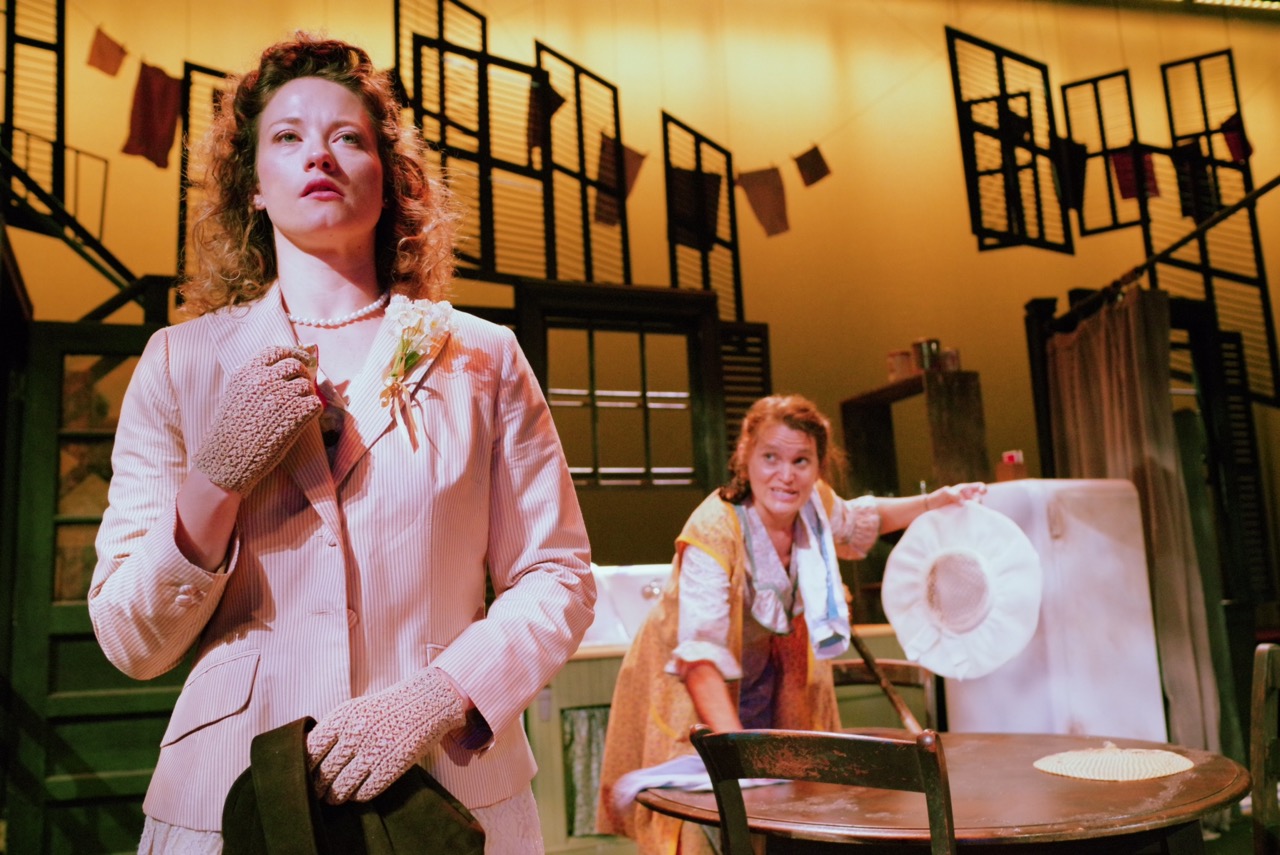 The dynamic, age-appropriate cast brings director Tim Ocel’s faithful production of Streetcar to life with intensity and passion. Exploring the human condition at its finest, the outstanding performances pull the audience into the world of Blanche DuBois, and stick around long after the curtain closes.

Based in 1940s New Orleans, James Wolk’s lived-in set is period appropriate and characteristic of poor, yet charming, Elysian Fields. The designer makes it effortless to follow the action, as the play moves from room to room, upstairs, downstairs, and outside throughout the story.

Since its inception in 1947, there have been many interpretations and modernizations of the play. Yet what theatergoers will see during the festival is faithful to Williams’ original vision. The show features a sometimes jazzy, yet often harrowing original score by Henry Palkes. 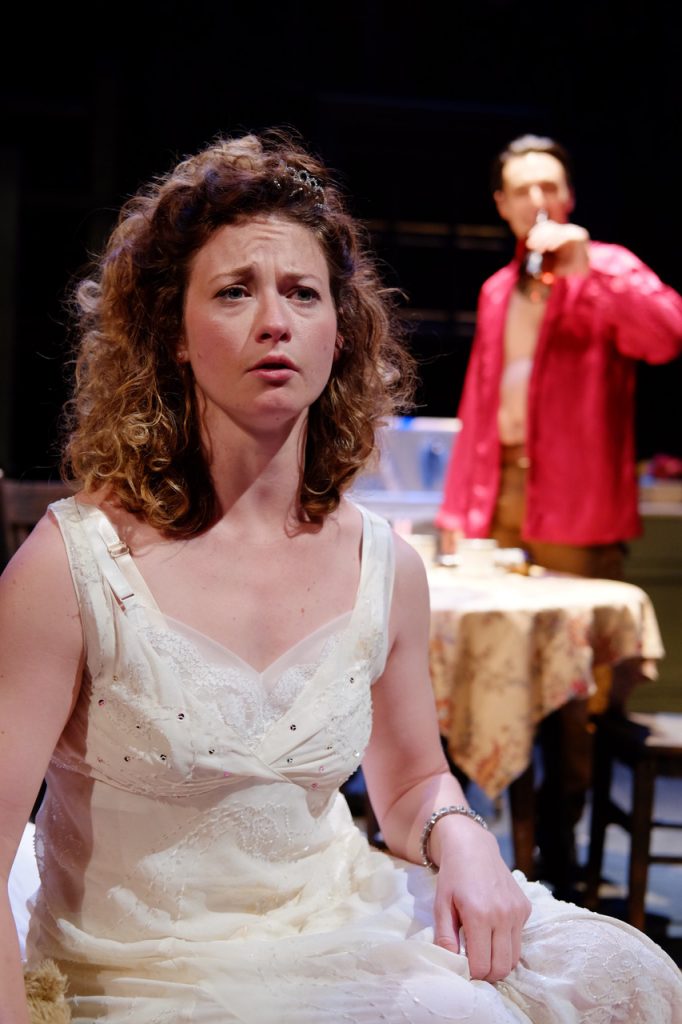 Brown is undeniably talented and awe-inspiring in her portrayal of Blanche. The character is most complex, and runs a gamut of emotions during the three-act play. We meet Blanche on the doorstep of Elysian fields,  after taking the streetcars “Desire” and “Cemeteries” (which Williams is quoted saying, “seemed to me an ideal metaphor for the human condition”), where it would appear that she is shaken – however holding her life together fairly well. Yet as the play progresses, Blanche’s story and past unravel – much like her mental state. The actor leaves nothing on the table, as she embodies the spirit of the character as written by Williams.

Nick Narcisi and Lana Dvorak share a fierce chemistry – a passionate, animal magnetism of sorts – as Stanley and Stella Kowalski. The two are constantly at odds, yet always end up back in one another’s arms. Narcisi is tasked with harnessing Stanley’s hot-tempered nature, which he balances perfectly with the characters undeniable love for his wife. Meanwhile, Dvorak admirably personifies the sweet, innocent nature of the young housewife. The two actors are magnificent together, and also when paired with Brown.

Sickmann does a terrific job as the kind-hearted Mitch who, “seems-superior to the others,” in the words of Blanche. The actor wonderfully exhibits the character’s sensitive side, and a naiveté which makes his interactions with Brown’s enigmatic DuBois a delight to behold.

Standouts among the rest of the well-rounded cast are Amy Loui as Eunice, Isaiah DiLorenzo as Steve, and Jesse Munoz as Pablo.

Executive Artistic Director Carrie Houk wanted to make sure that the festival was ready to take on a production of this caliber, and assembled a cast and creative team which was more than up to the task. Filled with incredible performances, a well-crafted set, and terrific new score – this production of A Streetcar Named Desire is not to be missed.

‘A Streetcar Named Desire’ plays the Tennessee Williams Festival St. Louis through May 19. Tickets are available at MetroTix.com. For more information, and a complete list of programming, visit TWstl.org.