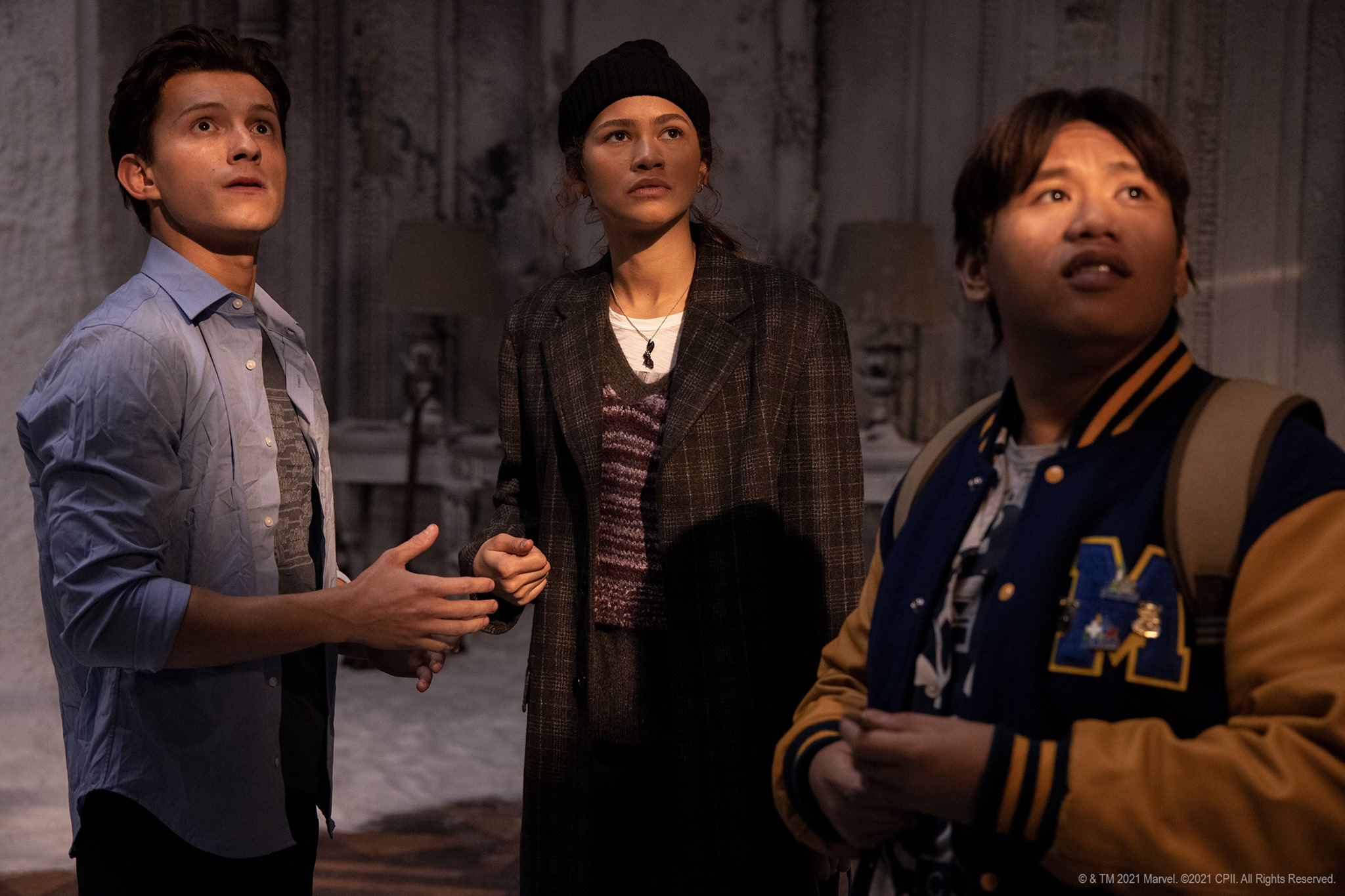 (Note: As always, I will do my best to keep my review as spoiler-free as possible. Any part of the plot I mention will have been shown in the trailers. If you don’t watch trailers to avoid any possible spoilers, you have been warned.)

Do you ever watch a movie where a character makes decisions that seem obviously wrong and only make the situation worse? It’s a pretty common trope in horror movies (“Why are you trying to escape by running to the top of the building?”) and rom-coms (“The last 80 minutes of this movie could have been avoided if the two people just talked to each other and clarified what was obviously a miscommunication”).

If you have, then you’ve felt the frustration I had during the first hour or so of Spider-Man: No Way Home. As lovable as he is, Peter Parker (Tom Holland) can’t seem to get out of his own way, much to the audience’s chagrin. And he isn’t doing it intentionally, by any means; he’s always got the best intentions. Still, if he didn’t intervene in certain scenarios, the second half of the movie would be a bit more boring. Thankfully for us, he did, because the second half of the movie is one of the most entertaining I’ve seen all year.

Set in the aftermath of Spider-Man: Far From Home, Spider-Man’s identity has been revealed and he’s blamed for the murder of Quentin Beck. Although the charges are dropped, the revelation has had a deleterious effect on Peter and those whom he loves. Eventually, his frustrations boil over and he resorts to consulting Dr. Strange (Benedict Cumberbatch) and asks him to cast a spell that’ll make the world forget that he’s Spider-Man.

Great in theory, right? Until Peter interferes while Dr. Strange is casting the spell, and as a result, everyone in the multiverse who knows Peter is Spider-Man is somehow drawn to this version of Earth (don’t ask me why, I’m not a spell expert), including several villains from previous cinematic versions of Spider-Man: Doctor Octopus (Alfred Molina), Green Goblin (Willem Dafoe), Electro (Jamie Foxx), Lizard (Rhys Ifans), and Sandman (Thomas Haden Church).

This sets up the second half of the film that, for spoiler reasons, I can’t delve into a whole lot. Just let it be known that all of the frustrations I had regarding the first half melted away pretty quickly. The narrative weaves perfectly with the tone, and everything sets up for a nearly-flawless ending. The film clocks in at a rather lengthy 148 minutes, but time absolutely flies by in the end, and I found myself leaving the theater with a sense of triumph and awe. Jon Watts (who directed the previous two Tom Holland-led Spider-Man films) and company absolutely crushed it. Visually, the film looks great, as expected. The cinematography deserves high marks as well; the action can be pretty frenetic, but it’s filmed in a way that the audience can follow easily.

The supporting cast is solid; you can almost feel how much fun they had while filming. Zendaya (MJ) and Jacob Batalon (Ned) return to provide balance and support for Peter’s decisions, but the star is very clearly Holland, who nails the role. The last few years, we’ve seen Holland’s Peter grow up on screen, but it’s not just his fictional character who has. Tom has fully become a legitimate star and leading man, and he’s quickly ascended my list of top young actors. It really has become a joy to watch him work.

Beyond that, I think even hardened comic book and MCU fans will be pleased. The movie is chock full of nods to the original films, with easter eggs abound. And the lesson of living with the consequences of your actions is well-learned. The whole film revolves around Peter’s choices and trying to undo things he’s done, and his decision to finally hold himself accountable is one that many of us could afford to learn.

Spider-Man: No Way Home gets an A

Also, just to clarify, I didn’t hate the first half of the movie, despite my intro. The humor was great, the action superlative; I simply wanted Peter to do better.

Fortunately, in the second half, he did.