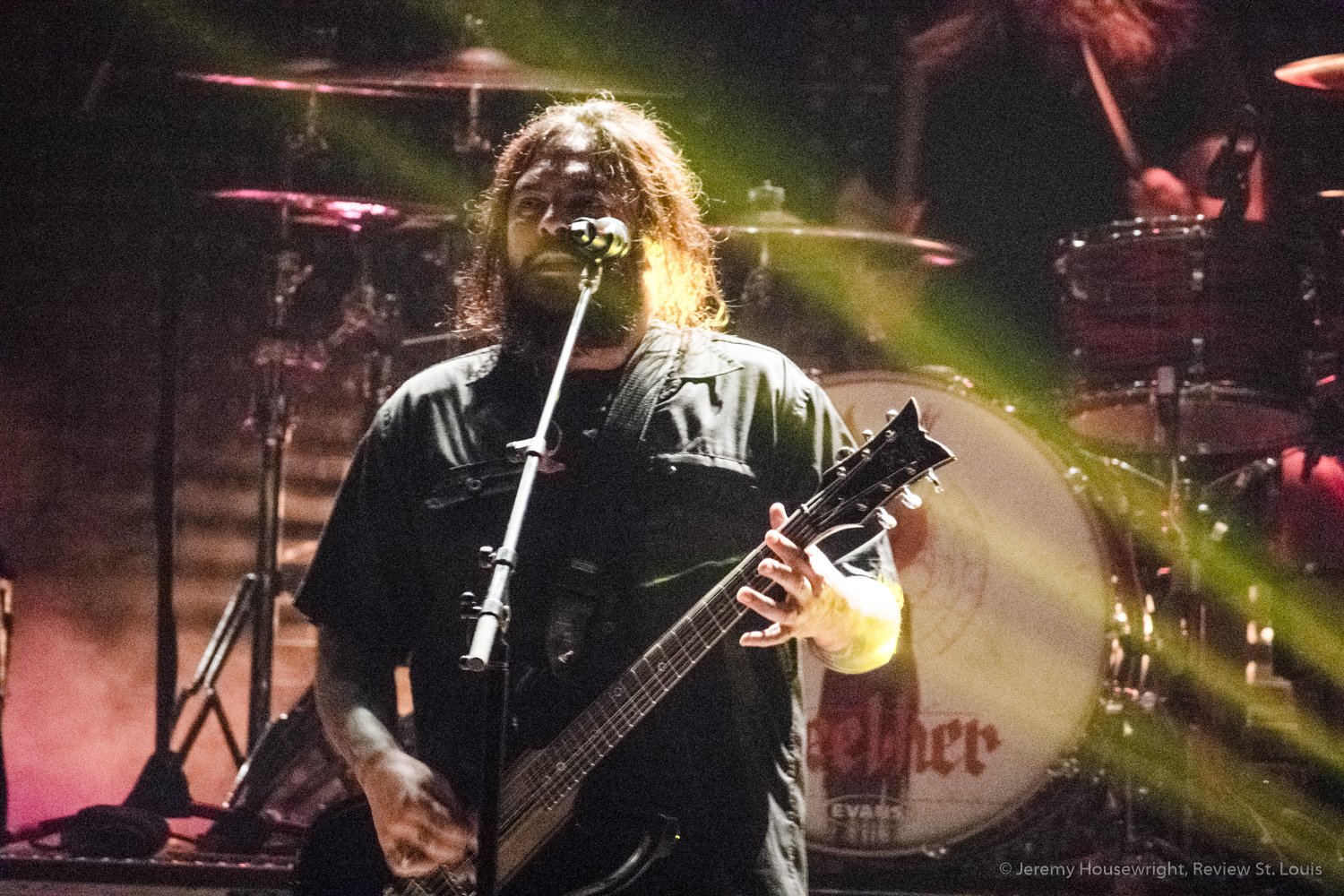 Maybe I had the show built up in my head too much, but I ultimately left Seether’s sold out show at The Pageant on Saturday night disappointed.

Now, I wasn’t disappointed because the band sucked. Seether actually sounded as good as when I heard them the last few times live. The problem was the murky lighting.

I know Seether is a moody band, and their shows aren’t exactly happy-go-lucky. But the lighting for the most part was terrible. Fans bitched and griped as they left The Pageant, as did this journalist. For a band that’s one of my favorite acts out there, I wanted to see the guys. The lighting really put a damper on the show overall.

Musically, the band hit all the right notes. Shaun Morgan sounded wonderful on songs like “Fake It” and “No Jesus Christ,” which was one of the highlights of the night for me.

The other band-mates (Dale Stewart on bass, and John Murphy on drums) are the anchor of the band. Without Stewart on bass, Seether just wouldn’t seem the same. Clint Lowery shared the stage as the guest lead guitarist. Lowery apparently hails from St. Louis and is also in Sevendust. Seether would be smart to keep Lowery around, as he is one bad-ass guitarist – and fits the band’s persona perfectly.

My only other gripe of the band’s performance was that it felt too short. By the time you factor in some of the short breaks between songs, Seether played for just over an hour. I would have loved to see the band throw in five or six more songs for the crowd.

I know that “Broken” was a huge hit for the band several years ago, but it just doesn’t fit with their performance anymore. I think the song should be dropped from their live show in favor of something heavier. 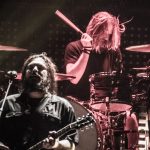 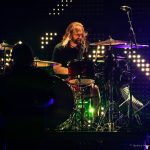 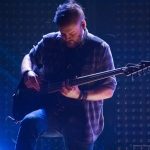 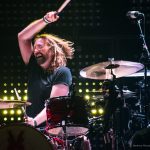 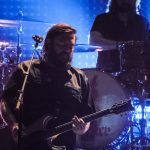 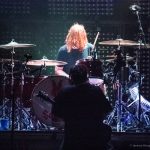 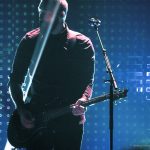 Opening act Kaleido, from Detroit, was nothing short of stellar. Lead singer Christina Chriss had the audience in the palm of her hand from the start.

Dawning bright pink hair and sounding like Gwen Stefani in her early No Doubt days, Chriss and her bandmates (Zach Bolling and Ronnie Rosolino on guitars, bassist Cody Morales, and drummer Joey Fava) are on their way to blowing up. I fully expect this band to be one of the next big things on alt rock radio.

The band’s new album Experience just dropped, and the live performance caused me to check it out as soon as I got back to my car. From straight up rock songs “Die Tryin” and “Unbreakable,” to reggae pop tune “Trouble in Paradise,” the band has a wide appeal. Chriss is quite striking, as well as fearless on stage. While I was at the show to see Seether, I found a new band to keep an eye out for and hopefully see again live in Kaleido. They turned a slightly disappointing evening into a rather enjoyable one.

Overall, Seether showed they can rock out with the best of them. Their edgy, heavy sound is still widely accepted and relevant with fans. Their live sound has only gotten better over the years, if only the audience could have seen them during the live performance.