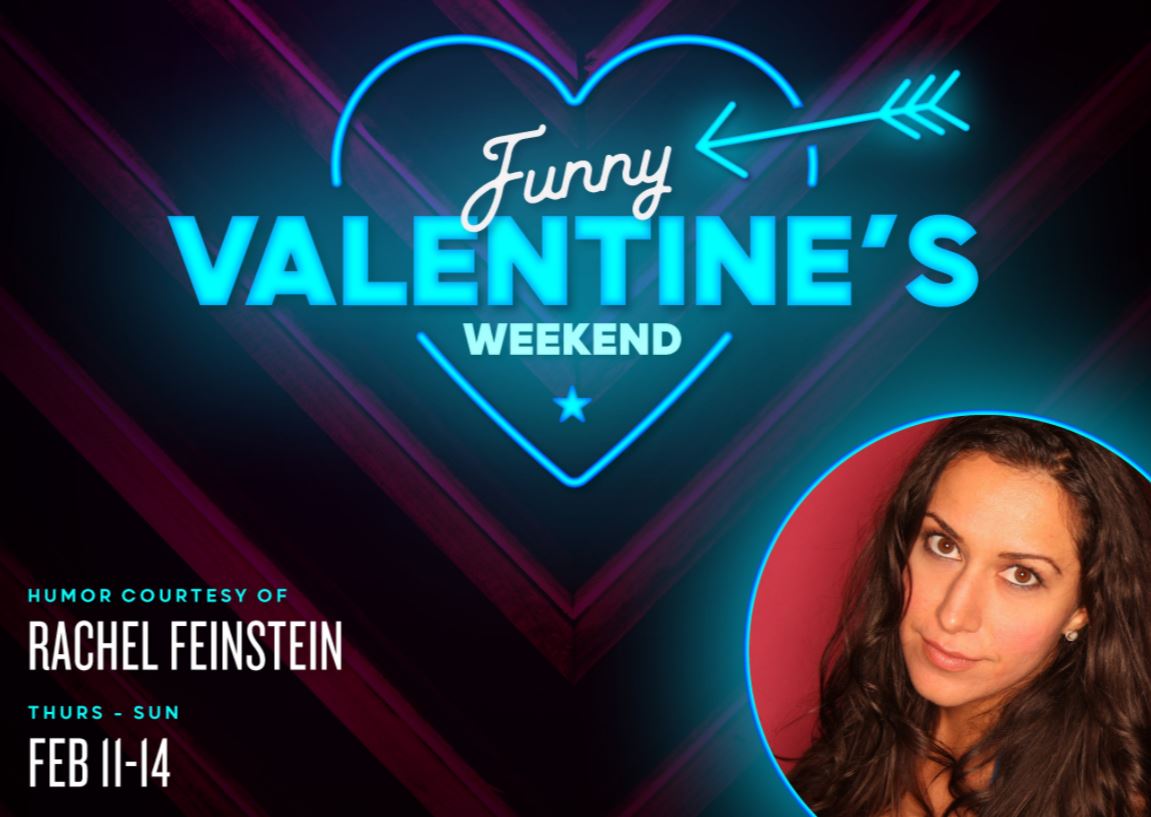 Headlining several shows at Helium Comedy Club this weekend is comedy’s finest Rachel Feinstein! I have to say, wow, what a show! It was a great experience to get out of the house and back into the standup scene, and props to Helium for creating a safe and socially distanced atmosphere where patrons can enjoy themselves while still taking necessary precautions. The show was well worth battling the cold temperatures, and Thursday evening shows are always such a treat.

Hosting this weekend is local talent Tina Dybal, who really opened the show with a punch. Without holding back, Dybal delivered the laughs and proved to be the most worthy emcee. With plenty of crowd interaction, the tone of the show was set within seconds of Dybal taking the stage – and fans of the cringy home décor signs “Life, Laugh, Love” – she’s gunning for you.

Following Dybal was comic Caleb Synan from LA, as recently seen on Conan. Synan’s comedy was the perfect mixture of mimicry and storytelling from growing up in Georgia. Having a pastor as a father proved to be inspiration enough for plenty of jokes, including a hilarious tale from his parents first introducing him to spirituality. Anecdotes from Caleb’s journey from Georgia to Los Angeles kept the audience laughing in preparation for Rachel Feinstein to take the stage.

Upon so, the comedic genius was met with a well-deserved applause. The crowd was much smaller than normal due to Covid restrictions, but the intimate audience made the experience that much more unique and tailored specifically for the guests – an interaction that doesn’t happen often in standup shows, but is a guarantee for a one-of-a-kind set.

The comic, known for her spot-on impressions really delivered with a remix of new material as well as revisiting some of the classic jokes from her previous specials. We got to hear all about Rachel’s beloved mother Karen, a staple impression for most of her sets, as she discusses her mom navigating the world of political intolerance, the jazz of an ethnic uber driver, as well as sharing a Facebook with Rachel’s father – a combo that never works out for the parents.

Adding some new impressions to the roster, Rachel reflected on getting married and becoming a mother. Married to a firefighter, Feinstein recalled the last year during the pandemic and what is has been like to be married to a first responder, as well as the influence a firehouse can have over one of it’s own. “Vinny said we legit never sent a man to the moon,” proclaimed her husband. The Vinnies and Ginas have introduced Rachel to a lot in life, comparing Epcot to being “the real Japan,” as well introducing her to their world of Catholicism. Feinstein learned the hard way that communion isn’t just a mid-ceremonious snack. PS, the story behind that had me almost in tears from laughing so hard.

As well as impressions, Rachel is known for telling stories, inspired by her own awkwardness in some odd circumstances of life. Rather it be being raised Jewish, the post-sex awkward moments between two lovers, or the differences in both her and her spouses families, the roar of laughter just keeps rolling as the jokes continue one after the other.

Currently working on material for another special, it seems St. Louis was the perfect place to workshop the landing of several new jokes – and they landed, in perfect Feinstein style. All three comics were absolutely amazing and created an enjoyable night for audiences to forget the freezing temps and a temporary escape from their homes. With several other performances this weekend until Sunday evening, this is definitely a set to catch.

For tickets and info about one of the shows, visit heliumcomedy.com.