Theatre Review: THE PROM Has Audiences Dancing at The Fabulous Fox 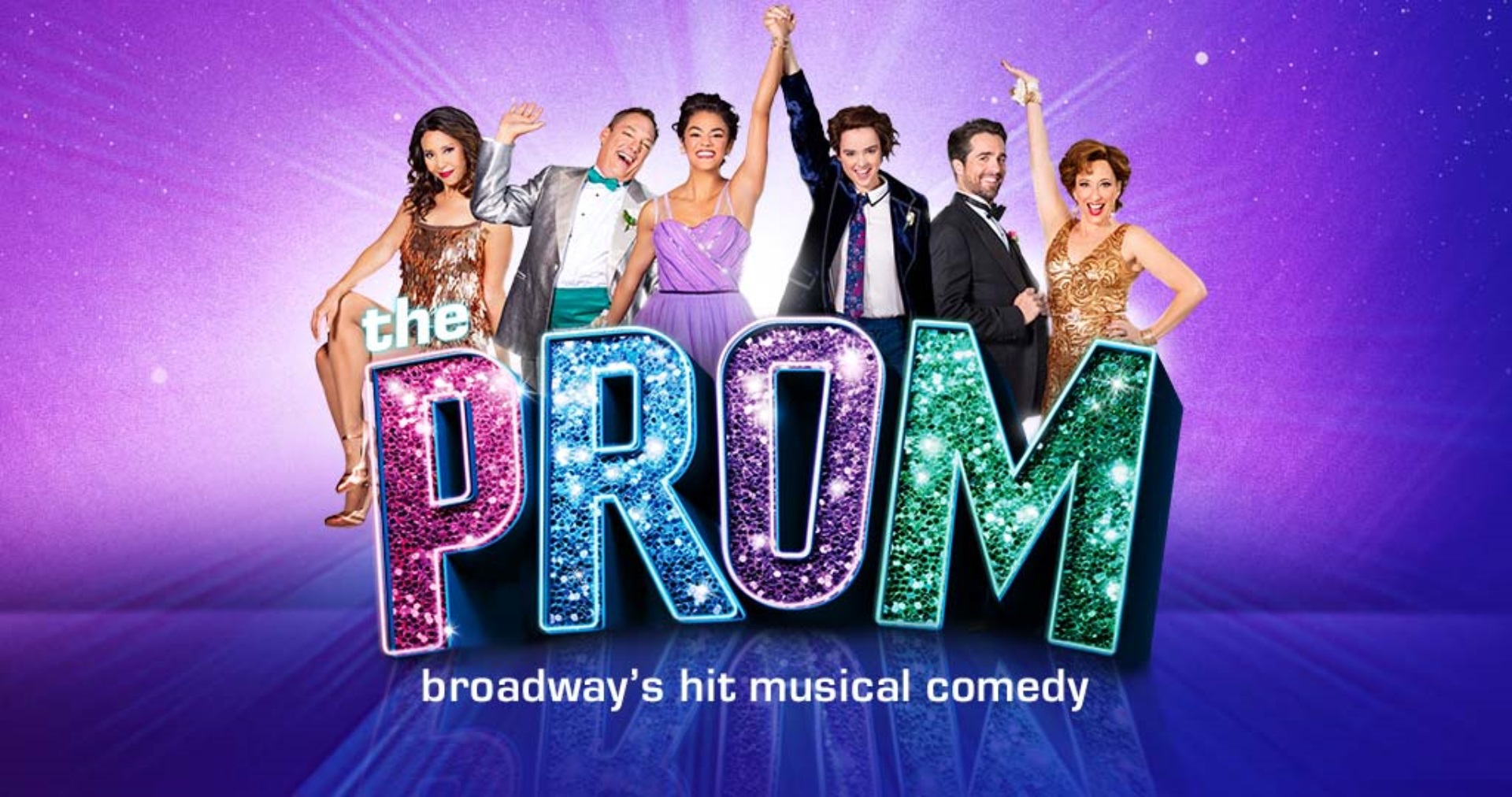 Being a kid is tough enough with trying to figure out who you are and what you want to do with the rest of your life. Throw in your peers looking at you differently, and a closed-minded community that wants to stop a person from just being themselves, and navigating high school just got even harder. This is an all too familiar situation for teenagers around the world – one of them being a young woman in Mississippi who wanted to bring her girlfriend to prom in 2010, only to have the PTA cancel the entire event to stop it from happening. This series of events was the inspiration of THE PROM, the musical comedy that opened on Broadway in 2018 and is now making a stop at The Fabulous Fox theatre during its national tour.

Broadway actors Dee Dee Allen (COURTNEY BALAN) and Barry Glickman (PATRICK WETZEL) are celebrating the opening night of their new musical when the party is cut short by terrible reviews which abruptly close the show. They decide along with fellow actors Trent (BUD WEBER) and Angie (EMILY BORROMEO) that they need to take up a cause that will change their image as narcissists. A quick Twitter search finds them just what they are looking for: a gay teen in Indiana who was told she couldn’t bring her girlfriend to prom.

Meanwhile, Emma (KADEN KEARNEY) faces ridicule from classmates who blame her for getting prom canceled. Luckily her principal Mr. Hawkins (SINCLAIR MITCHELL) tells her that they have a good shot at having prom reinstated, and there will be a PTA meeting to make their case. Just as things are starting to look good at the meeting, the Broadway actors barge in and turn things into a circus. In spite of their failed attempts to help, the state attorney says that the school must hold a prom and allow Emma to bring her girlfriend (KALYN WEST). Although it seems like cause to celebrate, there are still people who have different plans.

THE PROM is full of catchy musical numbers, with music by Matthew Sklar and lyrics by Chad Beguelin. There is a nice balance of comedy and heart throughout the show, much of which comes from the misguided Broadway actors who mean well but have trouble dealing with their narcissistic tendencies. These are real and important issues, yet the musical does a good job of keeping things entertaining while never undermining the topics. One moment you can be in tears from laughing, and the next your eyes are watering from the touching performances. There is a really nice give and take happening throughout the show, thanks in part to the book written by Beguelin and Bob Martin.

The cast does a terrific job delivering this mix of playfulness and poignancy. Kearney is wonderful as Emma, and always believable as the character experiences the highs and lows of high school. From the moment they sing “Just Breathe,” you feel a connection to the character. It’s a performance that takes you on a rollercoaster ride of emotions, reminding us all just how quickly things can change at that age.

The four actors playing Broadway characters are truly delightful in the show. Wetzel as the larger-than-life showman, Balan playing the self-proclaimed altruistic virtuoso, Weber as the Julliard-trained yet struggling actor, and BORROMEO playing the lifelong chorus girl who never got her big break. The dynamic between the four of them is wildly entertaining, and all of them get their moments to shine. There are some lovely emotional moments shared between Barry and Emma that are especially captivating.

Ashanti J’Aria plays Mrs. Greene, the head of the PTA who also happens to be the mother of Emma’s girlfriend, unbeknownst to her and the rest of the school. If someone has to be the villain of the story, it would be Mrs. Green – and the actor does a great job of frustrating with her character’s closed-minded approach. It’s heartbreaking to know who she is hurting without even realizing it, and she is excellent in the role. The same goes for West, whose character has the burden of hiding who she really is and knowing that no matter what she does, somebody is going to get hurt. It’s a problem no one should have to face. West does a great job presenting that struggle to the audience.

Casey Nicholaw (THE BOOK OF MORMON, SOMETHING ROTTEN!) is responsible for the original direction and choreography in the show, and fans will be able to spot his particular talent for comedy and energetic dance numbers throughout the show.

Beautifully crafted scenic design by Scott Pask teleports us from Broadway to school gymnasiums, Applebee’s, and everywhere in between. Ann Roth’s costumes are authentic New York glam to Indiana student, and dazzle when we get to prom. When we finally get there, it’s hard to stop from getting up and dancing – something encouraged at the end (and the audience was participating)!

There is something really special that happens when a show like THE PROM can deliver an entertaining night of musical theatre, and at the same time open your eyes and get you to really think. The events that inspired the musical are from just barely over a decade ago, and injustices like this are still happening all the time. Sometimes if we aren’t directly involved, or someone we know isn’t affected, it doesn’t seem like that big of an issue. But attacks on human rights are still at large, and allies are always needed to help steer things in the right direction. The show doesn’t come across as heavy-handed and manages to preach the importance of standing up to those who would deny others happiness because it doesn’t fit their description.

THE PROM is a fun show with catchy songs and a wonderful lesson that will hopefully continue to open the eyes of those who are willing to listen.

Now through February 6 at The Fabulous Fox. For more information visit fabulousfox.com or the official tour website at theprommusical.com.