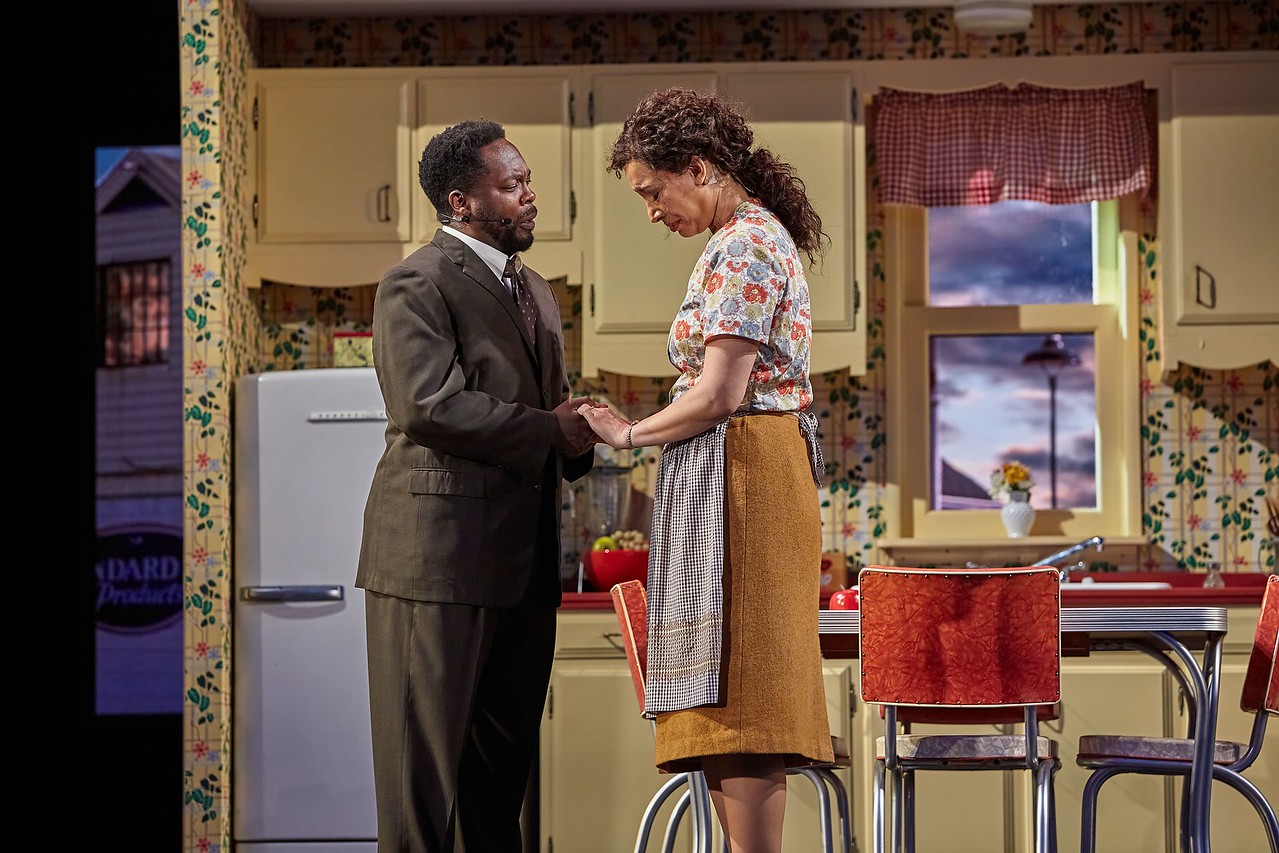 William Grant Still may not be as well known to casual opera fans as Verdi or Rossini, but he should be. An arranger for W.C. Handy and composer of over 200 operas, ballets, and symphonies, he is considered the dean of African American composers. Every bit as prolific as Duke Ellington or Terence Blanchard, Still’s underperformed opera work has come out of the shadows thanks to Opera Theatre of St. Louis’ production of Highway 1, U.S.A.

First presented nationally in 1963, this one-act opera in two scenes has never been performed by the company. This is sad really because it is an emotionally chilling work whose social relevance shines even brighter today.

Influenced by Richard Wagner, blues music, the African American diaspora, and cultural change. Still’s operas touch on themes of devotion, family, opportunity, loss, love, and duty. Here, the rapidly developing plot centers on Bob and his spouse Mary, a hard-working couple who scratch, scrimp, and struggle to make a living through their gas station, located along the bustling Highway 1. Despite all of their hard work, their happiness and fiscal stability are tested by Bob’s determination to honor the wishes of his late mother who charged him to look out for his younger brother Nate.

Setting aside their own finances and livelihood to provide him with opportunities they did not have, Bob and Mary desperately want Nate to make it through school and settle on his own. However, despite their best efforts, Nate continues to frustrate them with his arrogance and lackluster motivation.

A year on Nate has graduated but still is wandering through life without purpose. As a result, the tension mounts as Mary feels she and her husband have been taken advantage of for their kindness and generosity. The conflict builds to a violent crescendo as Mary’s frustration with Nate’s lollygagging with her husband’s inaction and Nate’s tempestuousness.

Clocking in at just under an hour, Ron Himes’ staged production is relentlessly emotional. The founder and producing director of The Black Rep, Himes interpretation draws on the anxiety of current social justice tensions while simultaneously staying true to the spirit of Still’s work.  The results are powerful, tumultuous and tragic.

Aiding his cause is a stellar ensemble fronted by a trio of debuting OTSL artists, Baritone Will Liverman, soprano Nicole Cabell and tenor Christian Mark Gibbs. Liverman’s portrayal of Bob is compelling. As a performer, his rich voice captures the pain of Bob’s toiling away.

Nicole Cabell also shines as Mary. Her angelic voice is joined dramatically by a force of energy and determination, her performance here is amongst the best of the current OTSL season. Her onstage duels with Liverman and Gibbs vigorously propel the drama onstage.

As for Gibbs, he is the penultimate bad guy. A wonderful singer and a terrific actor who understands how to wring every ounce of pain and from the role, his all too brief turn here resonated with an audience that showered him with appreciative boos during his curtain call.

The theatrics onstage were accompanied by Leonard Slatkin and members of the St. Louis Symphony Orchestra. A devotee of American compositions, Slatkin skillfully guided his players through Still’s score which featured a sly blend of blues, jazz. and traditional orchestrations.

In a season filled with change and adaptation, Opera Theatre St. Louis’ Highway 1, U.S.A. serves as a poignant reminder about the importance of family, hard work, and hope. Exceptional in every way, it a well-staged, perfectly paced, and emotionally riveting production.

Performances are held outside, on the parking lot of Webster University, near the Loretto-Hilton Center. For tickets, showtimes, and more information visit http://www.opera-stl.org.