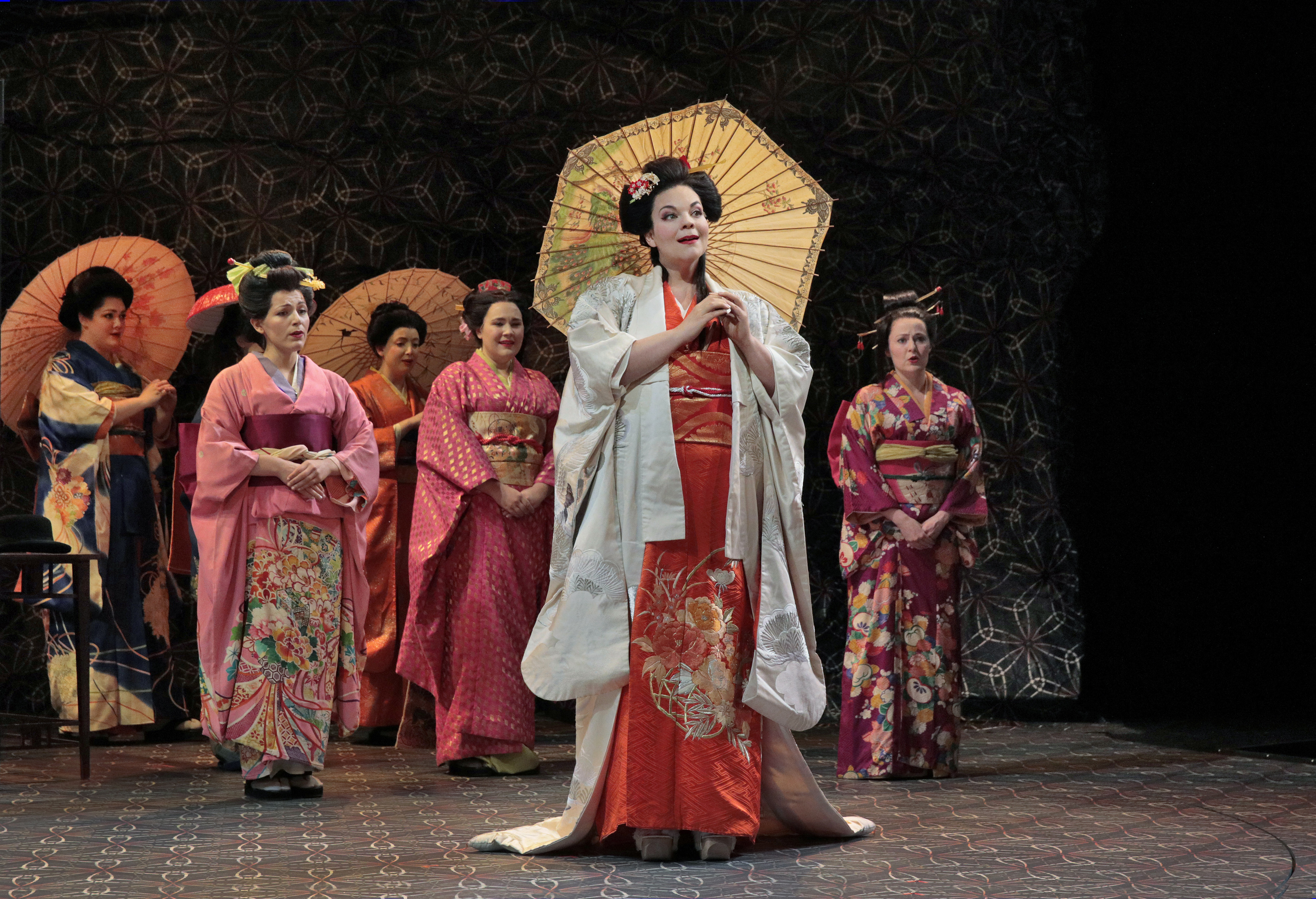 There’s a momentum of intensity throughout Opera Theatre of St. Louis’ new production of Madame Butterfly that leaves audiences braced for impact as the production climaxes to an emotionally exhausting final act.

Anointed as the opening production of the company’s 42nd season, Giocomo Puccini’s Madame Butterfly uses the backdrop of a modernized Japan to reflect the horrors of Western Imperialism.

Set in turn of the century Nagasaki, the opera was but rebranded for Broadway as Miss Saigon, where it was discovered by new audiences who were attracted by the allure of its politically charged misfortune and pathos. 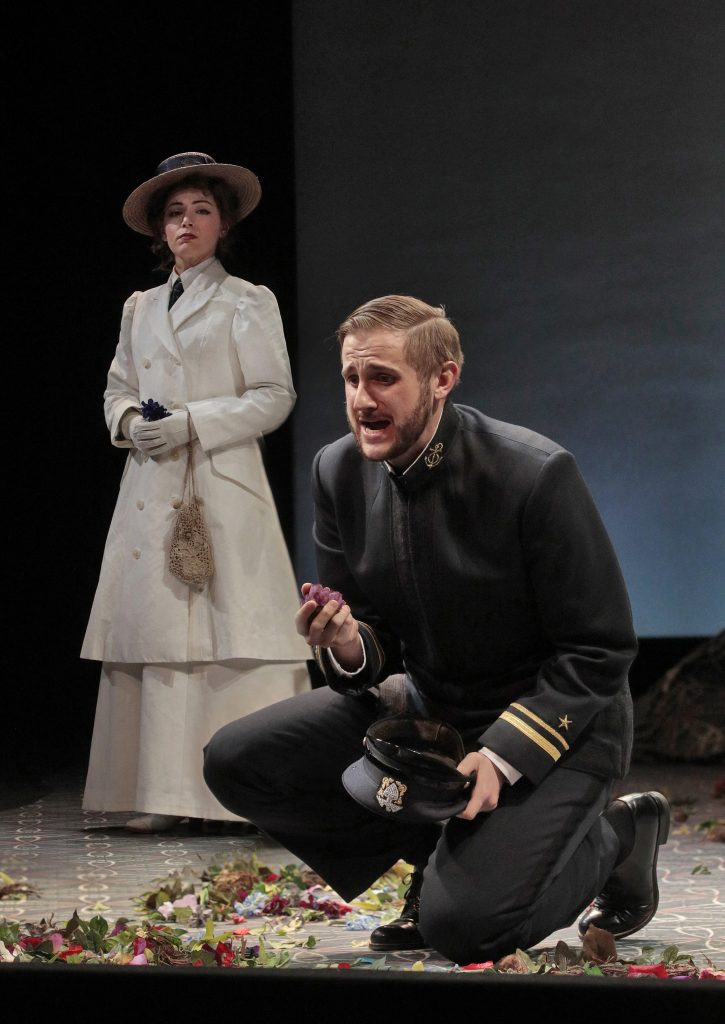 Staging the opera with a rotating set enables Metropolitan Opera vet director Robin Guarino to use minimalism to her advantage by allowing the drama onstage to be emotionally focused on the travails of three women. The synergy of the performers with the production’s design elements are delicately supported by conductor Michael Christie’s musical score.

It was a smart move because there is more than enough drama to go around. Centering on the lives of three independent women, Madame Butterfly is, at its heart the tragic story of Cio-Cio-San (Butterfly) a geisha who’s simply over the moon about her arranged marriage to a Benjamin Franklin Pinkerton, an American naval lieutenant who views their union as a temporary one of convenience rather than an act of everlasting love.

Shunned by her family, in love and oblivious, Butterfly bears his son and lives in abject poverty, holding out hope that her love will return to her. Thanks to sad element of colonialism, their marriage can be dissolved if the husband is absent for longer than one month, something Pinkerton clearly has advantage of as he returns to Japan with an American wife to take his son back home to a better life.

Cio-Cio-San ‘s blind loyalty to Pinkerton obstructs her from getting on with her life as she rebuffs a marriage offer from the wealthy Prince Yamadori. Sadly she holds onto the sliver of hope that Pinkerton will return for her only be confronted by a tsunami of sorrow that results in tragedy.

Acting as servant and surrogate sister is Suzuki, perfectly embodied with a stunning performance from mezzo-soprano Renee Rapier, whose main function is to provide reality checks when Cio-Cio-San becomes unhinged. Sticking by her boss through thick and thin, Suzuki is a firebrand of internal fortitude, a survivor who knows how to keep her head above water in a tumultuous world.

The third woman in Guarino’s triumvirate is Kate, Pinkerton’s American wife who finds herself thrown into a mess. Strong and resolute to give her new son the best life possible, she is sympathetic to Butterfly’s situation. Far from being willowy and affluent she is brought to life by newcomer Anush Avetisan, who makes the most of her limited stage time by creating a woman who is empowered and intelligent.

Stuck in the middle of this is kitchen sink drama is Sharples, played with a perfect mix of regret and trepidation by Christopher Magiera, an American consul who from the start warns Pinkerton that his actions will have serious ramifications.

Madame Butterfly is both impressive and impregnable. Featuring angst galore, the season opener features sizzling debuts from Rena Harms (Butterfly) and Michael Brandenburg (Pinkerton), whose performances offer no escape from an all-consuming sorrow that captivates and entangles audiences in a gripping tsunami that unabashedly tugs on the heartstrings of all in its path.

Madame Butterfly is sung in English with musical accompaniment from The St. Louis Symphony Orchestra.