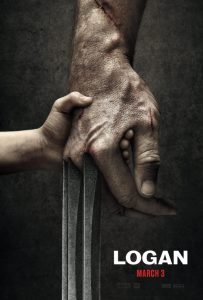 After seventeen years and eight X-Men films (nine, if you include Deadpool), the fans of the franchise finally get the Wolverine film they deserve – an R-rated, no holds barred, action-packed bloodbath of a film. This is James Mangold’s second straight Wolverine film, and in my opinion, the best addition to the franchise to date.

Hugh Jackman reprises his role for a rumored last time to tell the tale of Logan in his olden days, alongside Patrick Stewart once again as Charles Xavier. The chemistry between these two has been present since the X-Men were introduced on the big screen in 2000. Yet it is within this latest film that it shines the brightest. Both men go above and beyond to give it their all, 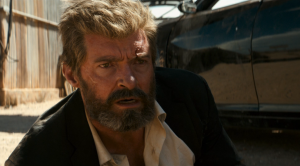 as they portray much older and broken versions of the characters the audience is accustomed to seeing. Jackman is at his very best, giving a gripping performance throughout the film.

New to the franchise, and a breakout star in this film, is Dafne Keen who plays Laura – a young girl in dire need of Logan’s help to get across the country as she seeks refuge across our northern border. While she did not speak much through the first two acts of the film, her emotions were conveyed fantastically through her gaze and mannerisms as sticky situations arose. The very first action scene in which she was present was truly jaw dropping. And it only gets better from there.

As far as the story goes, I’ll keep it as vague as possible to avoid spoilers. Logan comes off immediately a broken shell of his former self, with little hope left in his eyes. The year is 2029 and mutants are very much nonexistent. He is a driver by night and a caretaker by day, looking after an even older Charles – whose head is susceptible to seismic migraines and considered a weapon of mass destruction. Very early on, Logan is met with an opportunity to make a lot of money if he can escort a young girl across the country to safety, though he’s also met with a counteroffer from a seemingly shady individual to bring the girl to him instead. 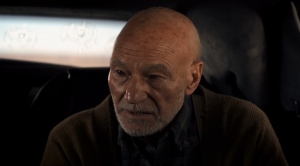 Logan, though tempted by the money, wants no part of any of it as he already has enough on his plate trying to lay low and take care of his friend.

The film reminds you of its R-rating from the very opening scene. Again, this film is brutal, and often an absolute bloodbath. When triggered, Logan snaps into the Wolverine we’ve grown to love over the last seventeen years, and goes Wolvy-Berserk like we’ve never seen before. If you thought his Weapon X cameo in X-Men: Apocalypse was brutal – just wait until you see him in Logan.  The action pieces in this movie will have your jaw dropped again and again – and not just from Logan.

While I can go and on about how much I loved this movie, I’d be remiss not to mention its flaws as well. I found the film to slightly drag a bit in the second act. There’s an entire sequence that I believe could have been virtually eliminated. It also didn’t help that as soon as the scene began, I knew exactly what was going to happen in the next ten or so minutes. I’m not sure if that sequence was simply predictable, or if I realized at that moment just how much this film parallels Naughty Dog’s masterpiece The Last of Us – in which an older, broken man is begrudgingly tasked with smuggling a young girl across the country. That’s not to say it’s a bad thing to compare the two, as the game is widely hailed as one of the best in recent years. And I have a feeling this film will also be a fan favorite for many years to come.

Overall, I thoroughly enjoyed Logan. I found it to be a satisfying conclusion to Jackman’s reign as the Wolverine, if such be the case. The final scene of the movie is simply beautiful.