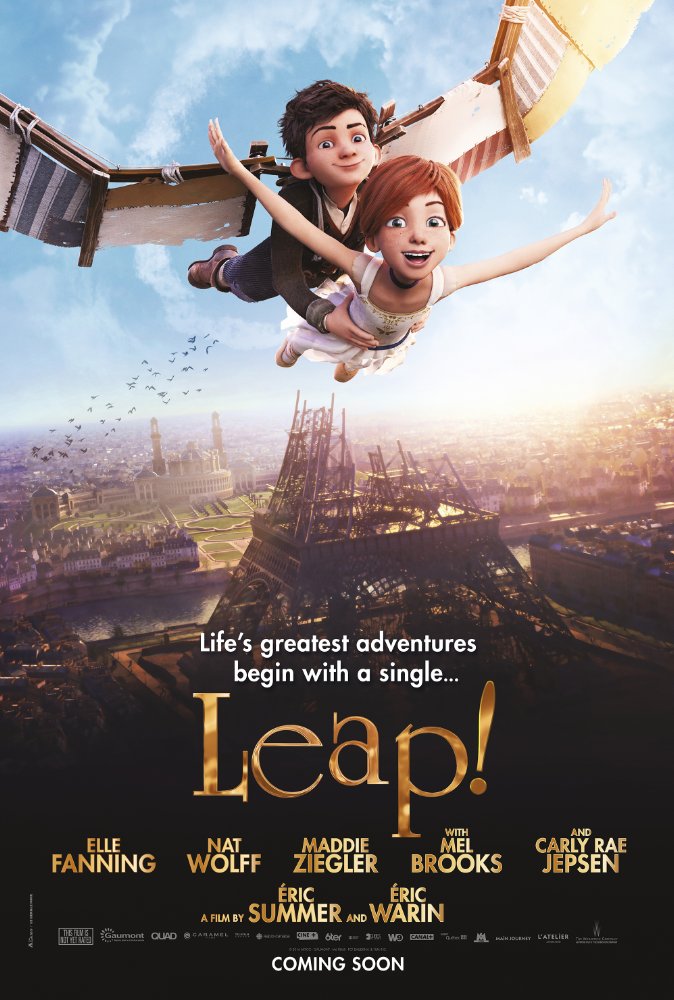 Leap! (known as Ballerina internationally) has made its way to the US market a year later and after several delays, and is the story of Félicie (Elle Fanning), an orphan girl with big dreams of becoming a dancer. Several times, her and her best friend Victor (Nat Wolff) have tried to escape from the orphanage to pursue their dreams but always seem to get caught by the cross-eyed caretaker (Mel Brooks). They’re not successful until Victor formulates a master plan (or two) in order to get them to Paris, where he hopes to become the world’s greatest inventor and she can study her passion of dancing at the Paris Opera Ballet.

Right from the very start of the film, I was turned off by the dialogue. The script rarely felt authentic, and I’m never a fan of throwaway lines in an attempt to get a cheap laugh. This happens throughout the film, and if you see it, you’d be able to tell immediately as to what lines in which I am referring. One of them, however, actually brought the biggest laugh to the audience – and it wasn’t because of the film itself. In the third act, when Victor drops a cliche “Is that a yes?” (when it clearly isn’t), a child in the audience said out loud “No” and had the audience got a good chuckle out of it. That was the only one, unfortunately.

The animation was another issue, as well. At times, it wasn’t bad. But near the beginning when Félicie is being scolded by Mother Superior at the orphanage, I couldn’t help but notice how lifeless the animation felt. Maybe it was Mother Superior’s eyes, but something didn’t feel right and I was worried for the rest of the movie. Fortunately, Félicie was a mostly likeable and lively character, and the animators did a good job translating actual dance choreography into the film much later on.

Ignoring the basic dialogue, the real problem I had was the cookie-cutter story. There was nothing really clever about the way it was put together – just incredibly formulaic. Félicie and Victor reach Paris, but in order for Félicie to move forward with her plot, the movie had to do something to get rid of Victor, which included some silly shenanigans that rendered him unable to move forward with her, whether it be his makeshift pigeon wings caught in a gust of wind or slipping and falling onto a boat that’s taking off. Once he’s gone, the story moves forward and Félicie sneaks into the opera briefly before getting caught and kicked out, but not before a crippled lady names Odette (Carly Rae Jepsen) shows pity and vows to take care of her.

Odette is house cleaner for an extremely wealthy woman named Regine who’s also a very snobby and evil woman (and why wouldn’t she be? The film needs a third act needs a big battle, after all). While helping Odette clean the the house, Félicie finds Regine has a daughter named Camille who is practicing for the ballet herself, and like-mother-like-daughter, Camille is a mean, mean girl and shuts Félicie down right away calling her a rat and breaking her music box by throwing it out of her window. Cue the next Victor visit, as Félicie needs the box fixed as it was the last thing she has to remember her mother by. Might I add that this music box is seen four separate times in a recycled nightmare scene every time Félicie sleeps in this movie? It’s maybe only thirty seconds of screen time total, but the repetitiveness of it became frustrating until the film finally reveals its meaning near its end.

The theme of Leap! is following your dreams no matter what obstacles stand in your way. It’s great advice for any youngster to take away from this film, but the issue I had was how they present it. For Félicie to move forward, she’s presented with an opportunity to lie, cheat and steal to get there and she actually takes it. The film presents it as an acceptable course of action given the events preceding it, but at the same time, it’s sending a message that it’s okay to cheat if the situation allows it and because she’s the one the audience is rooting for. Sure, eventually she faces some consequences for doing so, but everything works out for her predictably in the end following a final over-the-top battle with Regine and as you’ve probably guessed, none other than a dance-off with Camille.

In the end, I couldn’t get behind this movie. I really tried to give it a pass, but nothing about this movie worked. Predictable, full of cliches and cheap gags, and I hadn’t been this bored or unentertained in a long time. The dialogue was simple and though Nat Wolff did replace Dane DeHaan as Victor from the international release, I can’t imagine it made any difference organically.

Leap frog over this one.

Leap! gets an F 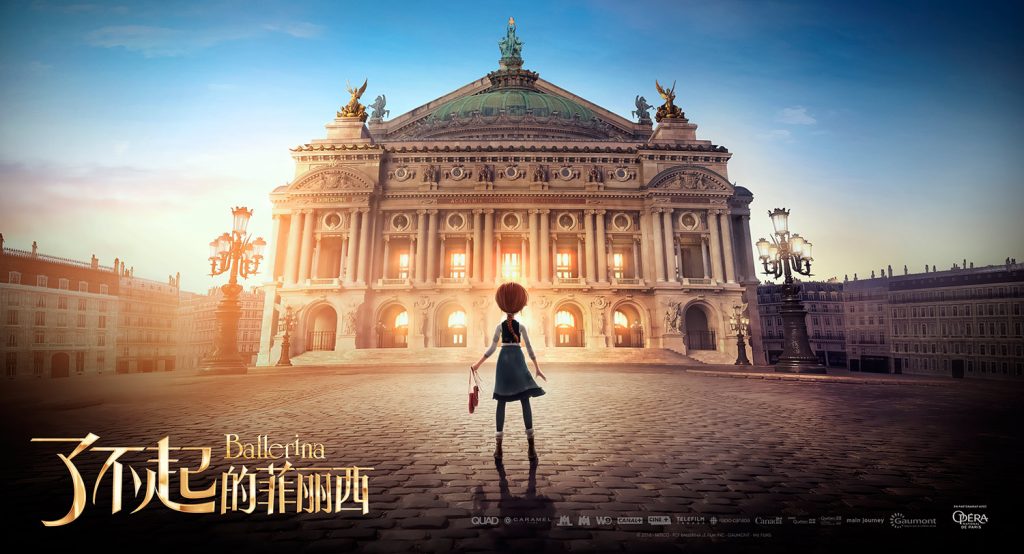