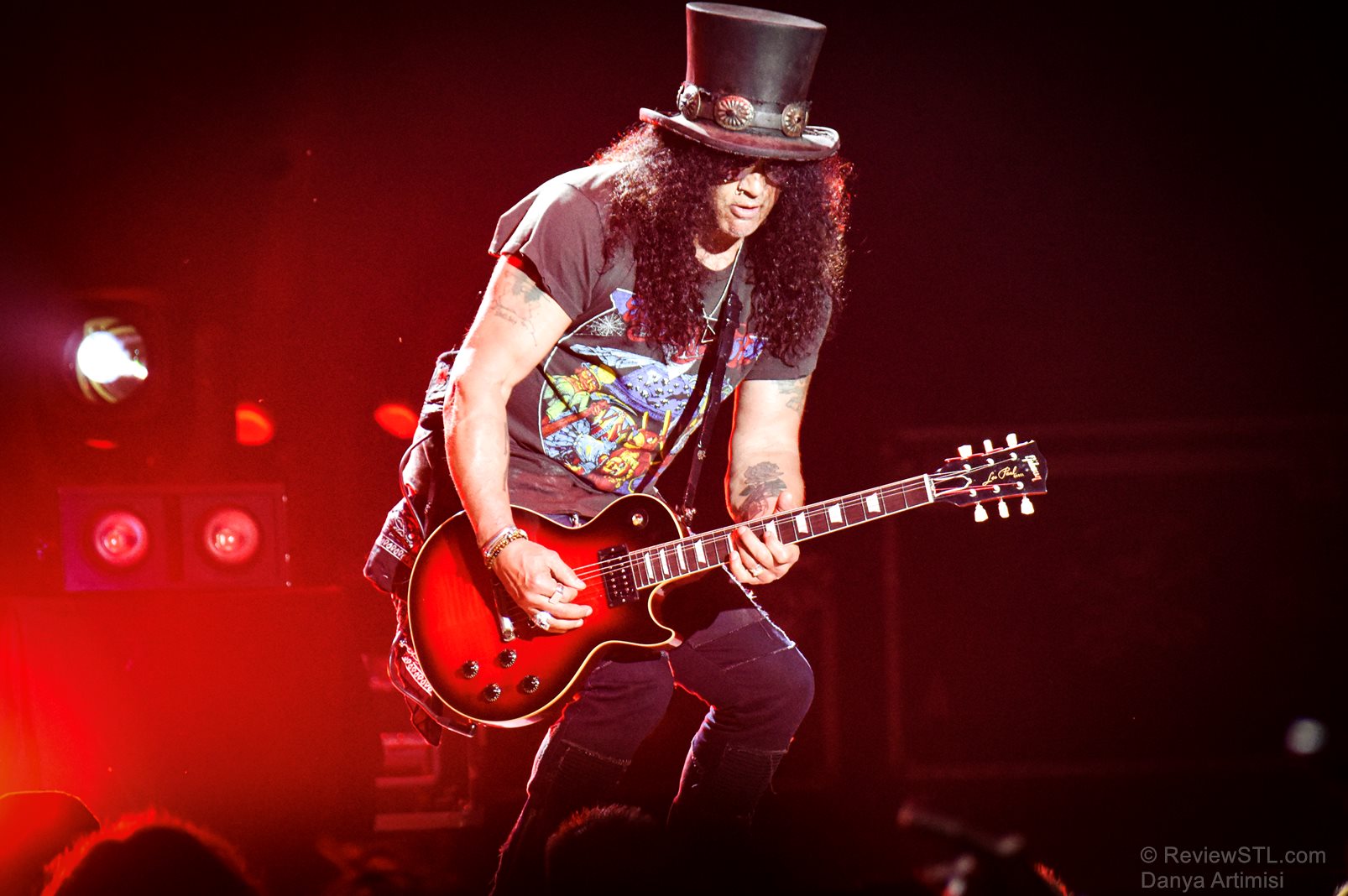 KSHE95’s annual Pig Roast went off without a hitch this year at Hollywood Casino Amphitheater.  The lineup featured 9 of classic rock’s rootsier groups, most of which were famous (or, infamous – cue the expected demands for more cowbell) for one or a few hits.

“A ha” moments came from deep in the band’s setlists, namely when April Wine broke into their 1981 single, “Just Between You And Me”.  However, long-time fans were eagerly anticipating the performance and sang along from the first song.

The festival featured two stages within the venue: The main stage that we all know and a side stage set up just to the right as you enter the venue.  The space provided standing room on the blacktop for thousands of fans to enjoy between main stage sets.

The side stage hosted a newer group with the grit of seasoned classic rock, The Black Moods.  The three-piece rocked faces right out of the gate and had an impressive attendance given the early start time of the festival.  They never held back, blowing out rock riffs and undoubtedly gaining more fans.

Shaman’s Harvest cracked open the main stage in a similar fashion to The Black Moods: rocking hard, bringing it all to the stage, loud and proud, and unapologetically.  From down the way a bit in Jefferson City, Missouri, their frontman, Nathan Hunt, seemed to channel the authenticity of Ronnie Van Zant with an inflection from the likes of Hetfield.  Collectively, the band proved their natural stage presence and performed a completely unapologetic set.

Other acts to grace the side stage included a royal rock fuck from Royal Bliss, along with Kansas City boys, Missouri.  (Fun fact: I actually own a bass amp once owned by band. Oh, and I just found this out last week.).

Headlining the main stage of the event was another group that originated in Kansas City, Missouri.  Shooting Star graced their life-long fans in attendance with a set that received an “A” for effort in the noticeable absence of their former frontman, Van McLain.

Van was a vital part of the essence of the group and a permanent, deep scar remains in his absence.  McLain passed away in 2018 after a 3-year long and arduous fight against the West Nile virus. He was one of a kind and I express this with the utmost sincerity.  He was a star in the eyes of so many and made a forever-lasting impact on the lives of many.

Shaman’s Harvest broke in the main stage for the subsequent April Wine, Blue Oyster Cult, and RATT before their beloved headliner, Slash f. Myles Kennedy and the Co-Conspirators, blazed the stage for what many would claim was anticlimactic, at best, if you’re discounting the actual presence of greatness.  Others would claim that the set ripped guts, having marked off one more thing from their bucket lists.

I’ll admit, seeing the devilishly celestial rock god in person, I was paralyzed in awe.  With that said, after the first three songs, I was good to go.

That is, until our own homegrown axe man, Richard Fortus who joined Guns N’ Roses in 2002, joined them on stage for a cover of GNR’s “Night Train”.  This was the highlight of the show until the extended solos rounding out the night.

Overall, it was a great day for several thousand classic rock heads.  We all braved the heat, got along very well, consumed an inordinate amount of alcohol (lesson learned here), and celebrated nostalgia with each other.  Now we wait a whole.nother.year! until our next rockfuck.