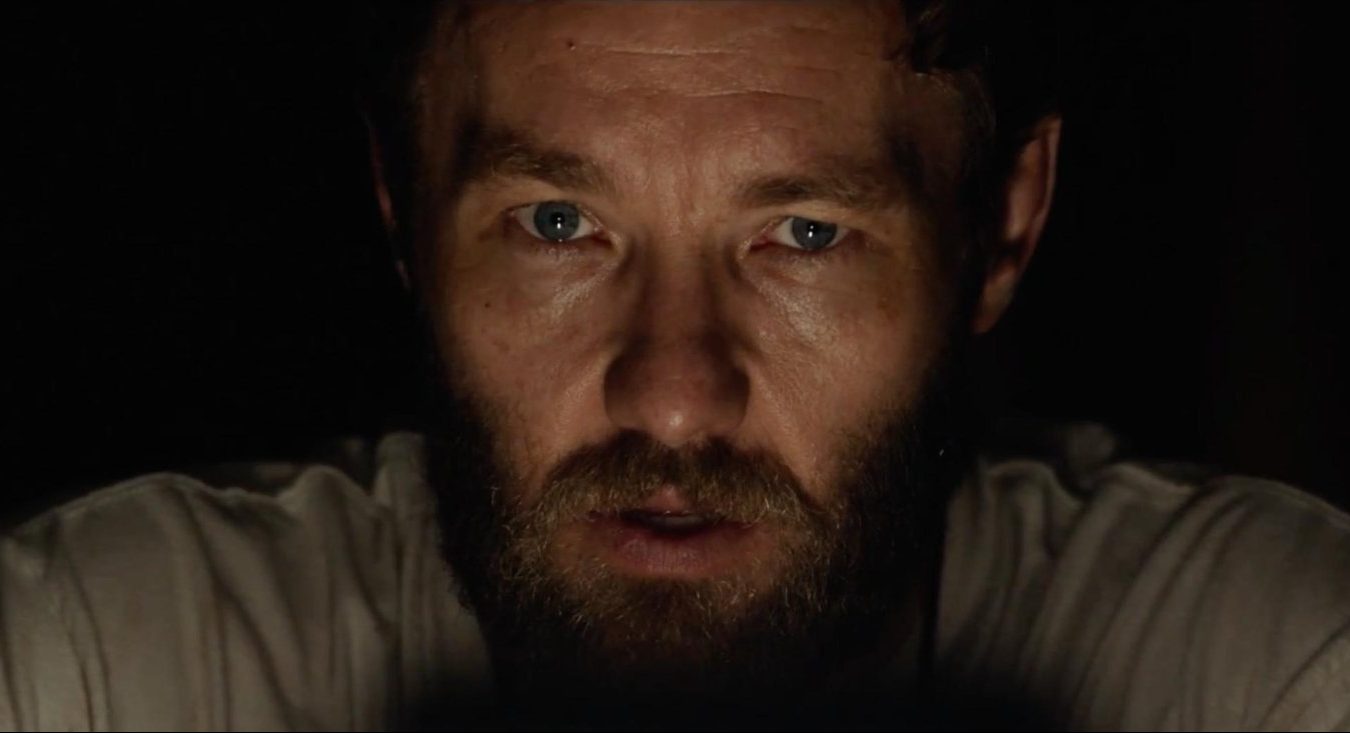 After the critical success of his first film, Krisha, writer/director Trey Edward Shults returns with his sophomore film, It Comes at Night. The psychological thriller revolves around a family isolated in an abandoned house in the woods, while trying to avoid a sickness that is plaguing the rest of the world. Thematically, this is a masterful film revolving around fear, paranoia, and mistrust. The viewer is taken on an intense ride, fueled largely by a remarkable performance by Joel Edgerton and Shults’ ability to keep the tension high throughout. 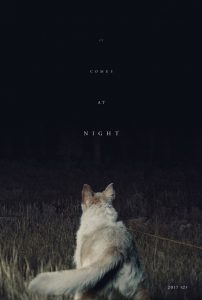 I was on board with this film immediately after viewing the initial teaser trailer. I thought it was incredible how well it built the tension in a minute and a half and, unlike most trailers anymore, it gave away nothing that would ruin any moment in the film from what I could see. The tension built in the trailer transitions to the full-length film exceptionally well, as Shults ramps it up throughout the film – with only little releases here and there before its climatic ending.

The film opens with a close-up of a dying man sitting in what looks to be a makeshift contamination room. As the camera zooms out, the viewer sees the man’s body riddled with dark hives, and a family of three in gas masks while the mother is saying her tearful goodbyes to who we now know is her father. In a quick transition, the man is wheel-burrowed through the woods, dropped in a hole, shot in the head and his body burned. The title scene commences and the audience is strapped in and ready to go.

Following is our first look at the film’s characters (without their gas masks, at least), Paul (Edgerton), Sarah (Carmen Ejogo), and their son Travis (Kelvin Harrison Jr.) as they sit somberly at their candle-lit dining room table that used to sit four. Although no words were spoken, the viewer can feel the distress, heartbreak and uneasiness within the characters after the events that transpired earlier in the day.

What I really liked about It Comes at Night was Shults’ decision to keep the viewers somewhat in the dark as to what’s going on in the outside world. It’s very much an isolation movie. In fact, one could even draw comparisons to it being very much like an exceptional episode of The Walking Dead (albeit, there being no zomb….sorry, walkers). No, it’s not explained what the sickness actually is or how it’s transmitted, but we get a few hints here and there starting by the introduction of Christopher Abbott’s character, Will – a man caught breaking into Paul’s house in the middle of the night. After an altercation between the two men, they come to a somewhat mutual understanding and converse a little bit about the outside world, giving the audience just a bit of insight as to what it’s like outside the setting in which the film takes place.

It’s Will’s character that ramps up the paranoia and mistrust within Paul. After coming to a deal, Paul accepts Will and his family of two into his home to split the rations, but conversations between the two leave Paul and the viewer questioning what’s real – while second guessing whether or not Will’s intentions are sincere. Even when Edgerton isn’t speaking, you can see the questionable and perhaps disappointing look in Paul’s eyes when Will begins bonding with Travis. So many little things happen or are said throughout the film that build the paranoia and distrust between the two families, leading to an intense finale.

In the end, I was left perplexed on what just happened, and had to think about the film for a bit before drawing a conclusion. It’s not entirely what I was expecting, but it was a hell of a ride nonetheless. Horror fans are likely to be divided with the film, and the payoff wasn’t quite as fulfilling as I was hoping for. But It Comes at Night is definitely a film worth seeing.

It Comes At Night gets a B+ 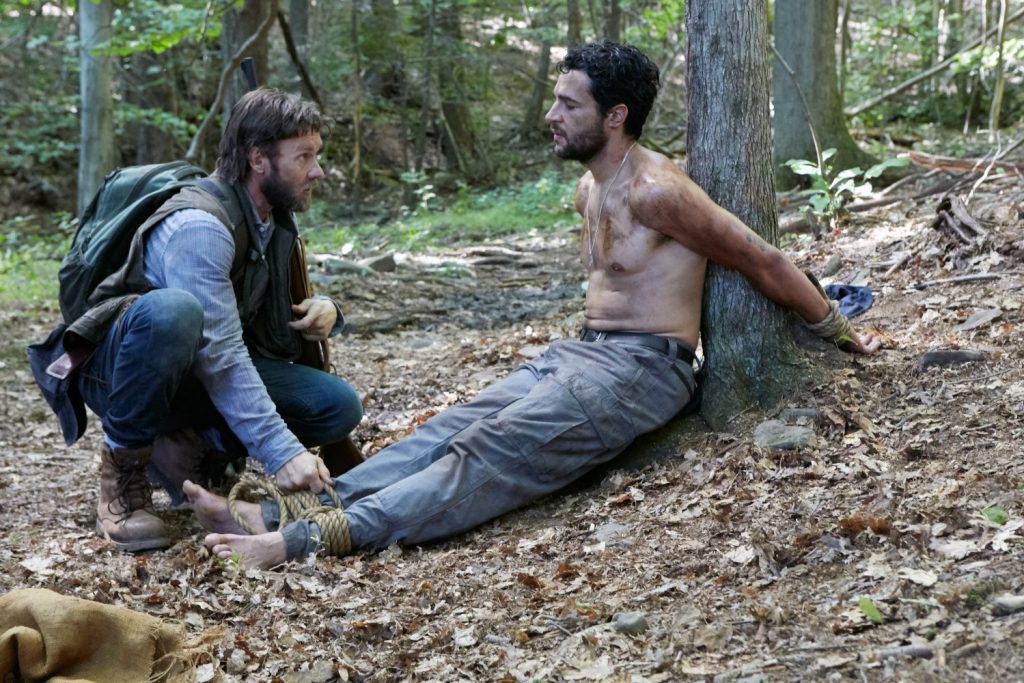