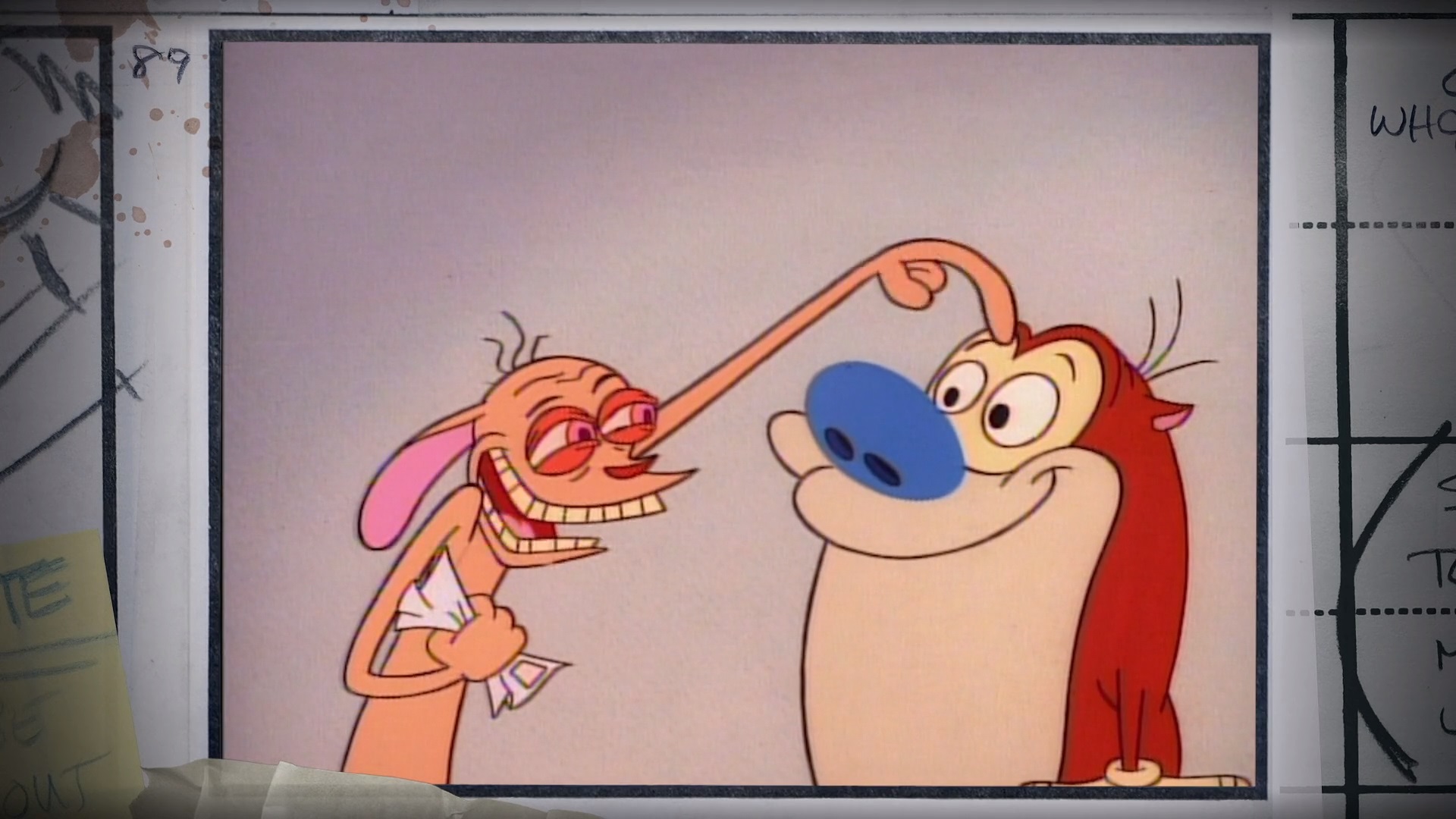 Any fan of animation will tell you Ren and Stimpy is a show that changed the course of the medium, and still influences the most popular cartoons today. The new documentary directed by Kimo Easterwood and Ron Cicero sets out to tell you how it managed to do so, despite its problematic creator John Kricfalusi.

Happy Happy Joy Joy: The Ren and Stimpy Story was set to release a couple of years back when John K. (as he is known in the business) got into some hot water. BuzzFeed News dropped a bombshell about his personal life – namely his inappropriate relationship with a young fan after he was fired from Ren and Stimpy for clashing with Nickelodeon. But that was only the tip of the iceberg when it comes to his abusive tendencies. So the documentary shifts gears during the second half, now delving into the dark recesses of the Creator’s twisted mind.

The focus is on the show, featuring interviews with dozens of the creatives who made it possible. The most admirable thing about the doc is how it balances the behind-the-scenes love for the production and the controversy surrounding its creator. While John K. was certainly important to the process, it couldn’t have been made without the dozens of artists, writers, voice actors, and executives who are featured in the film. And there is a treasure trove of never-before-seen materials and stories for fans to sink their teeth into. 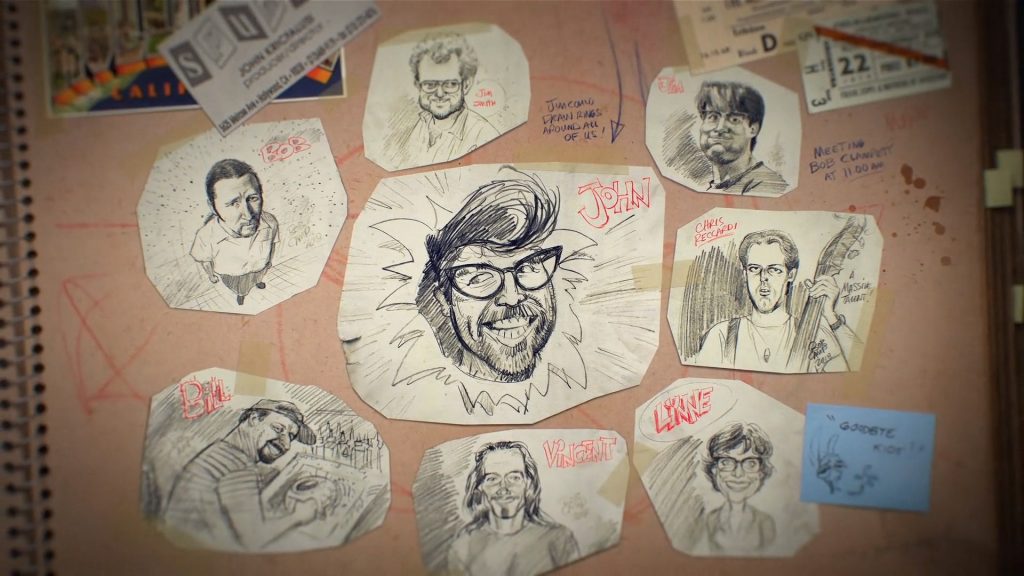 The interviews are well-shot, while the archival footage and materials are artistically displayed through clever means – like being displayed on vintage televisions and virtual art boards. Even at nearly 2 hours, it maintains a fast-paced and energetic feeling much like the cartoon. As someone who grew up with Ren and Stimpy, and was square in Nick’s target demo, I was captivated from beginning to end by the exclusive look behind the curtain.

The film’s release comes on the heels of an exciting announcement that Comedy Central is rebooting the beloved cartoon. Although John K. will have no involvement, creatively or monetarily, it seems that none of the original artists or writers will either – a move that is sure to disappoint many. Hopefully as things develop, that might change. 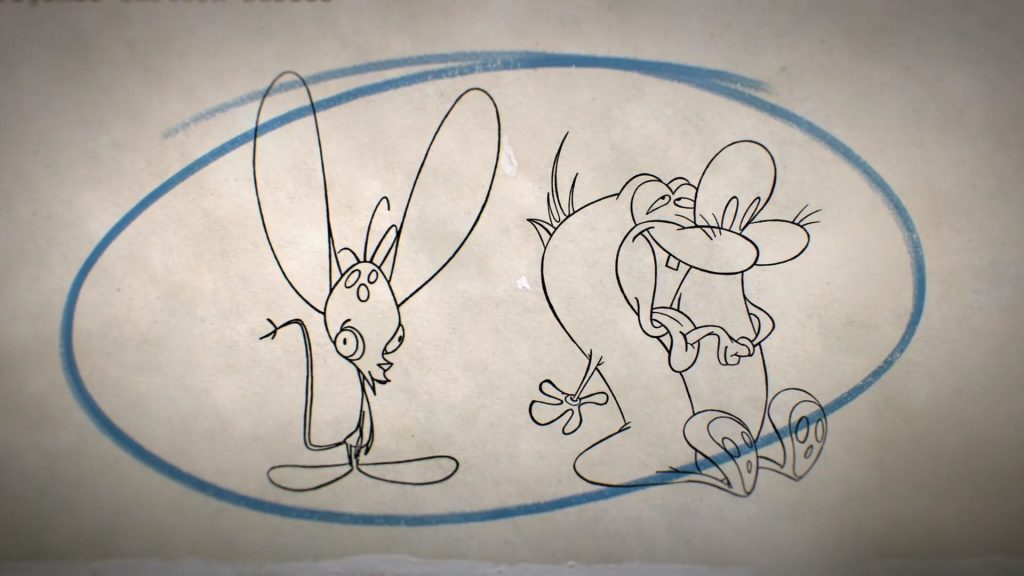 After John K. was fired, Bob Camp took over the show-runner duties. Camp, an original artist who directed several episodes, worked closely with Kricfalusi as his second in command on the show. We learn in the doc that the two former friends haven’t spoken since the firing, and that John K. took it personally. However, if Camp didn’t take the reigns, the show would have been done for. It’s a fascinating inside look into what happened, with a detailed telling of events from many who were involved.

One of my favorite parts of the film is seeing the beautiful hand-painted artwork that made the show unforgettable. Compared to the other cartoons of the day, and much of what has come since, there is nothing like it. Even fans of the show might not recognize just how much work went into crafting every frame of animation. The dedication and passion of the artists involved really shines in the doc.

When it comes to Ren and Stimpy, so much work went into creating something that had never been seen before – and it was tragically cut short before it ever really got going. This is the story of how it happened, and it’s a must-see for any fan of TV’s favorite cat and dog duo. Grab your Log, a can of Powdered Toast, and buckle up for quite the ride through this one-of-a-kind triumph in animation. 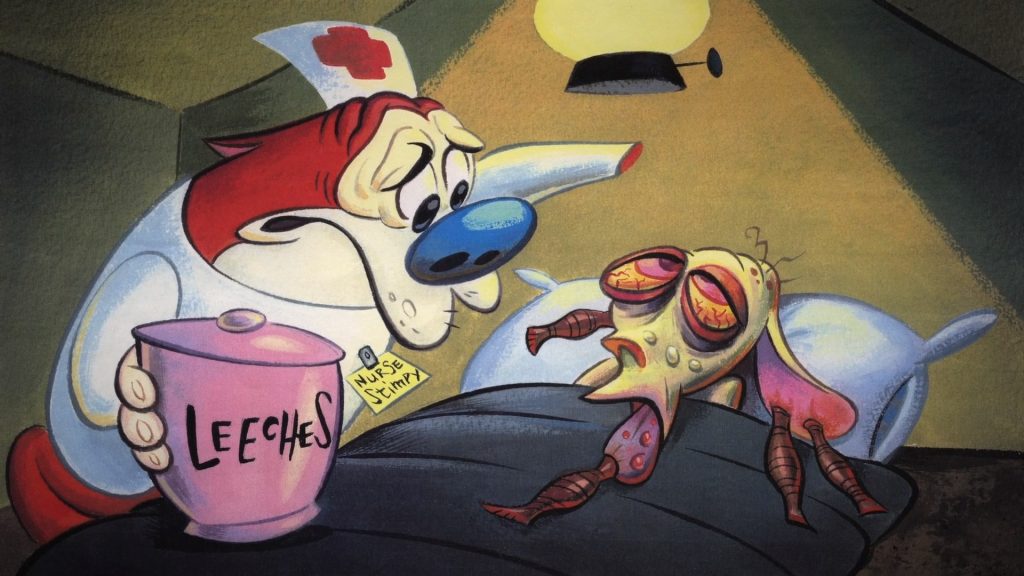