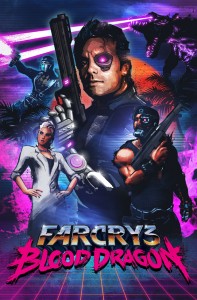 If you’ve been following video games this past week, you’ve hopefully heard about Far Cry 3’s new add-on. If by chance you’ve been living under a rock and have no idea what I’m talking about. Read on and let me try to convince you why you shouldn’t miss out on this gem of a game.

You know those cheesy action movies you love to watch? The ones that you can watch over and over with a group of friends, quote the best lines from, and laugh at their sheer destructive violence. Well now instead of watching them, you can play one of them. Far Cry 3: Blood Dragon is the latest lovechild from Ubisoft’s Shanghai and Montreal studios. In all honesty, after playing through Blood Dragon, I’m not sure why Ubisoft decided to label this as a Far Cry 3 add-on. Sure, the game shares some gameplay mechanics with Far Cry 3, but it’s so different in its execution, it should be labeled simply, “Blood Dragon.” The only reason I can see as to why they decided to do this was to piggyback on the success of Far Cry 3; so players could have familiar ground to stand on when dropping their hard earned cash. But now, for what seemed to be a cheesy add-on, has turned into one of Ubisoft’s most sold DLCs to date. And for good reason. 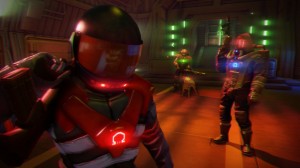 Far Cry 3: Blood Dragon puts you in the cyber-shoes of Sgt. Rex Power Colt, voiced by the man who took down the Terminator and fought Xenos alongside Ripley, Michael Biehn – he’s part man, all cyber commando (the game’s tagline, not mine). The game starts you off riding shotgun in a helicopter and what follows is one of the most fun and crazy openings – and closings, but more on that later – that I’ve had in recent memory. You’re charged with taking down your mentor-gone-bad in a post-apocalyptic alternate reality where the world has been nuked so much, it has literally turned it into a neon disco dance club. The game screams clichés. No. It downright embraces them. If you’re a fan of 80’s and 90’s action movies, you’re going to love the dialogue, plot, and the 16-bit inspired cut-scenes.

Blood Dragon keeps things interesting – and simple – by having a unique visual and gameplay style that melds well with the over-the-top plot and outrageous weapons. The world is presented in bright neon colors and the soundtrack could be lifted from any action movie from the decades it pulls inspiration from. Gameplay progression is similar to that of Far Cry 3. You’re given story missions, but are free to pursue them whenever you want. In the meantime, you can explore the seizure-inducing world to unlock outposts (which give you access to weapon upgrades), find secrets in the many hidden VHS tapes scattered throughout the world, and do glorious battle with game’s most potent enemy – Blood Dragons. Blood Dragons are no doubt the result of your post-fallout world. They are big. They are mean. And they shoot freakin’ lasers. Taking your first one down is an awesome feeling. So is luring one into an enemy base and watching it devour and vaporize EVERYONE. 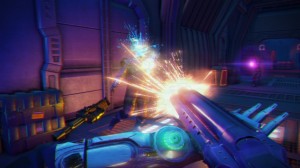 Far Cry 3: Blood Dragon surprised and delighted me. From its 90’s-inspired VHS menus to the humorous loading screens, it felt like a breath of fresh air. I didn’t have any grand expectations and it allowed me to just sit back and enjoy the nostalgia and cheesy one-liners. The game sticks to its strengths and goes over-the-top in all directions from the awesome beginning to the fantastic ending. That brings me to the conclusion of the game, which is one of the most outrageous, fun, and smile-inducing endings I’ve ever had the pleasure of experiencing. You’ve think you’ve seen it all when you’re playing those last 20 minutes, but no, no you have not. The game just keeps getting more ridiculous to the point of becoming just downright epic.

I played through the entire campaign and unlocked all the outposts and the game gave me a good 6 hours of gameplay. For a downloadable title, that’s not too bad. Ubisoft has won me over with Blood Dragon. I hope to visit the world of Sgt. Rex Power Colt again soon. Not only because that ending was so bloody awesome, but because it left me wanting more. And that’s what good games do. 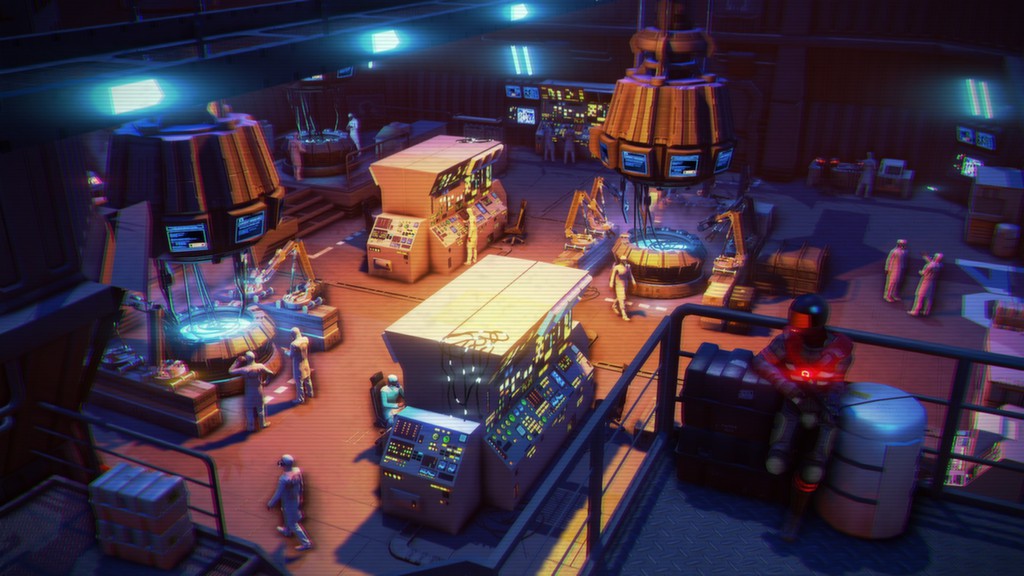