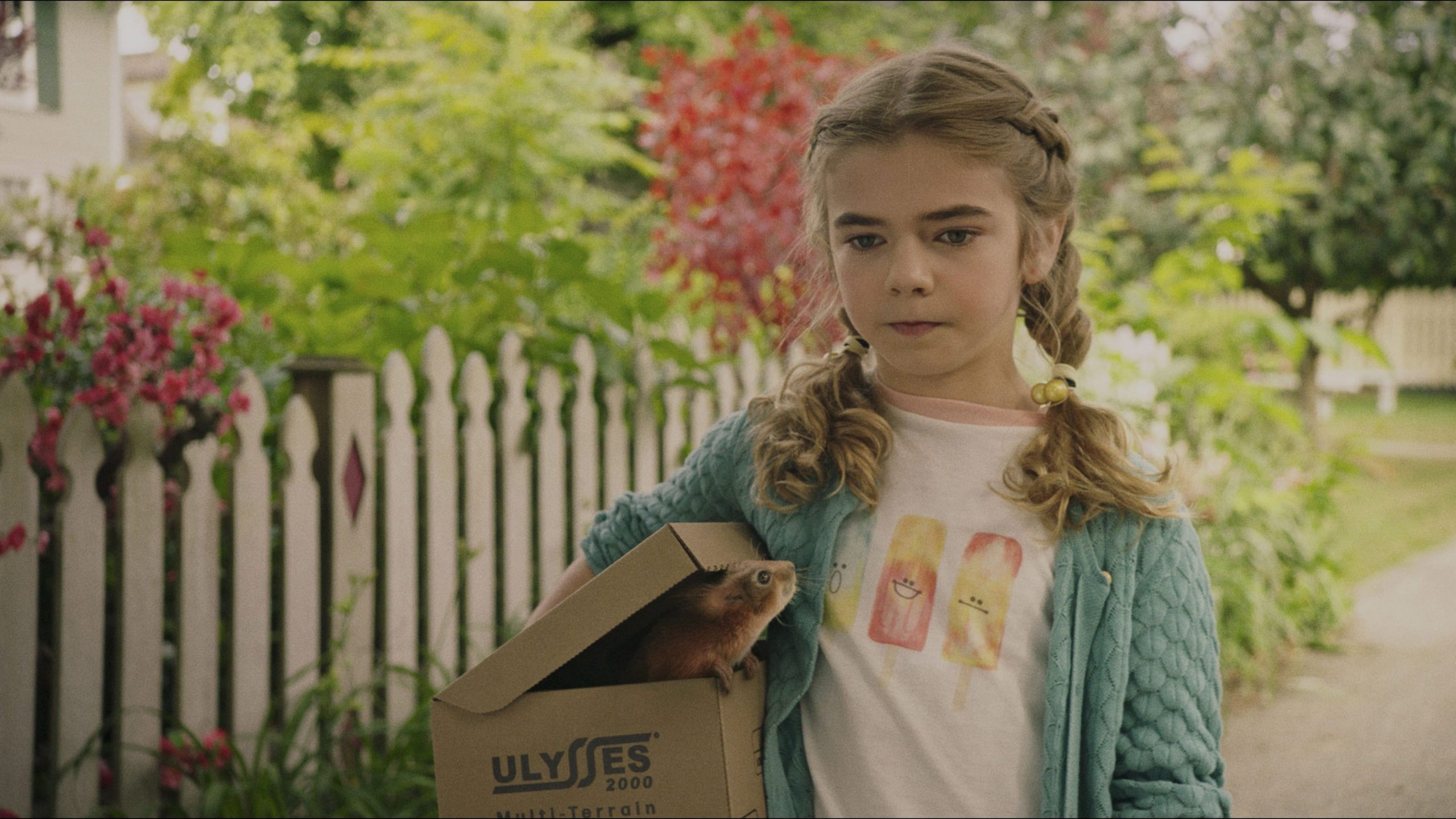 Disney’s latest superhero film isn’t based in the Marvel universe, although you will find plenty of references to characters you’ve seen in comic books and on the big screen. But the real superpower of Flora & Ulysses is the hero we can all aspire to be, and the difference each one of us makes in the lives around us.

Directed by Lena Khan and streaming exclusively on Disney Plus this Friday, the film is based on the Newbery Award-winning book by Kate DiCamillo about a squirrel named Ulysses who finds himself with superpowers after being saved from a rogue lawnmower by 10-year-old Flora (Matilda Lawler). Written by Brad Copeland, it is a fun and heartwarming adventure which follows Flora and Ulysses as they both navigate their new circumstances – a girl whose family dynamic is changing, and a squirrel growing accustomed to their newly-acquired superpowers.

It is becoming more common for family films to explore issues that were avoided for a long time, like the subjects of separation and divorce. Here we are introduced to Flora’s mother Phyllis (Alyson Hannigan), a celebrated romance author, and her father George (Ben Schwartz), a struggling comic book creator – who are currently separated. While living apart, Flora spends time between her family home and George’s new apartment. This is a familiar scene for many kids, and the movie doesn’t shy away from what is going on. However, Flora knows that both of her parents love her, and it is handled in a mature and thoughtful way that kids can understand. Flora’s relationships with both her mother and father are handled beautifully, and all of their chemistry is undeniable throughout the film.

This is a star-making performance from Matilda Lawler, who will also appear in the upcoming HBO series Station Eleven (based on the 2014 novel), playing the younger version of Mackenzie Davis’ character in that show. Lawler is endlessly charming here in the title role, where her raw talent is out on display. She nails the fun and excitement of being a kid who has just discovered a superpowered squirrel, while easily switching gears to heartfelt scenes with her parents. This is a wonderful showcase of her talents, and we are sure to be seeing a lot more from the talented young actor.

Alyson Hannigan and Ben Schwartz are two of the funniest performers working today, and it is a treat to see them together in the film. While the two of them are both hilarious, and share great chemistry with Lawler and one another, they both exceed at the dramatic as well. Schwartz did a terrific, heartfelt film with Billy Crystal last year called Standing Up, Falling Down which really showed how much he can stretch as an actor, and Hannigan is no stranger to dramatic scenes mixed into the comedy with her nine seasons of How I Met Your Mother. The two of them are great, and they share several incredibly sweet moments with their on-screen daughter. The family moments are written so sweetly and honestly, there’s a great balance of entertaining and heartfelt moments throughout.

Benjamin Evan Ainsworth is fantastic as Flora’s neighbor, William Spiver, who is staying with a relative while experiencing temporary, hysterical blindness. Let’s just say he has to be saved quite a bit, but is written as a fully-formed character with a touching story of his own.

Every superhero needs an arch nemesis, and Ulysses finds his in the form of Animal Control Officer Miller (Danny Pudi). The talented comedian is hilarious as always, hot on the tail of our heroes since the first public sighting of the extraordinary squirrel. And if this sounds a bit like a DuckTales reunion at this point, don’t worry – it is! Both Bobby Moynihan and Kate Micucci have fun roles in the film.

The computer animation in the film is extremely impressive, used to capture Ulysses on-screen for much of the film. The talented visual artists were able to expertly blend the squirrel into various environments, whether it was night or day, inside or out. We’ve seen how far animation has come with animals, like The Jungle Book and The Lion King, and the artistry on display here is noteworthy.

What is most admirable about the film is how it perfectly balances the superhero subject matter with the realistic life events which drive the story at its core. There are so many fun moments, where Flora is discovering Ulysses’ superpowers and inopportune moments, and she is teaming up with her dad to escape animal control. And meanwhile, there is the underlying exploration of relationships, families, parenting, and friendships – all of which power the film to it’s greatest potential.

Flora & Ulysses is packed with action and adventure, hilarious moments, and a heartfelt storyline. This is the superhero film we didn’t know we needed, and there is so much to admire with how it all comes together. Thanks to the clever story, terrific performances, and wonderful writing, it’s one of the most honest and entertaining family films we have seen in some time.