This article over at the LA Times has a couple of notes on the upcoming and inevitable Star Trek sequel to JJ Abrams summer blockbuster hit.  The filmmakers are looking to make the film more relevant to our contemporary times and it sounds like they are listening to some of the few critiques of the film that were out there:

Abrams spoke about the general creative imperatives for the story while Orci hinted that we might be seeing clear metaphors for modern geo-political concerns in the story about ongoing mission of the Starship Enterprise. First, here’s what Abrams told me:

“The ambition for a sequel to ‘Star Trek’ is to make a movie that’s worthy of the audience and not just another movie, you know, just a second movie that feels tacked on. The first movie was so concerned with just setting up the characters — their meeting each and galvanizing that family — that in many ways a sequel will have a very different mission. it needs to do what [the late ‘Trek’ creator Gene] Roddenberry did so well, which is allegory. It needs to tell a story that has connection to what is familiar and what is relevant. It also needs to tell it in a spectacular way that hides the machinery and in a primarily entertaining and hopefully moving story. There needs to be relevance, yes, and that doesn’t mean it should be pretentious. If there are simple truths — truths connected to what we live — that elevates any story — that’s true with any story.”

Here’s what Orci had to say:

“We’ve literally had two meetings now. We haven’t decided anything but we’re starting to circle around some ideas. We got a lot of fan response from the first one and a considerable amount of critical response and one of the things we heard was, ‘Make sure the next one deals with modern-day issues.’ We’re trying to keep it as up-to-date and as reflective of what’s going on today as possible. So that’s one thing, to make it reflect the things that we are all dealing with today.

I asked Orci somewhat flippantly if that meant we might see Starfleet grappling with the ethics of torture or dealing with a rising terrorist threat or perhaps a painful, politicized war with the Klingons.

“Well yeah, those are the kind of issues we’re talking about. Wow, you’re good! But seriously that’s the way we’re thinking, that’s an approach. So if you have any ideas … “

This film is obviously still a few years away, but it should be nice for fans to see how serious the filmmakers are taking this sequel.  More as it comes in… 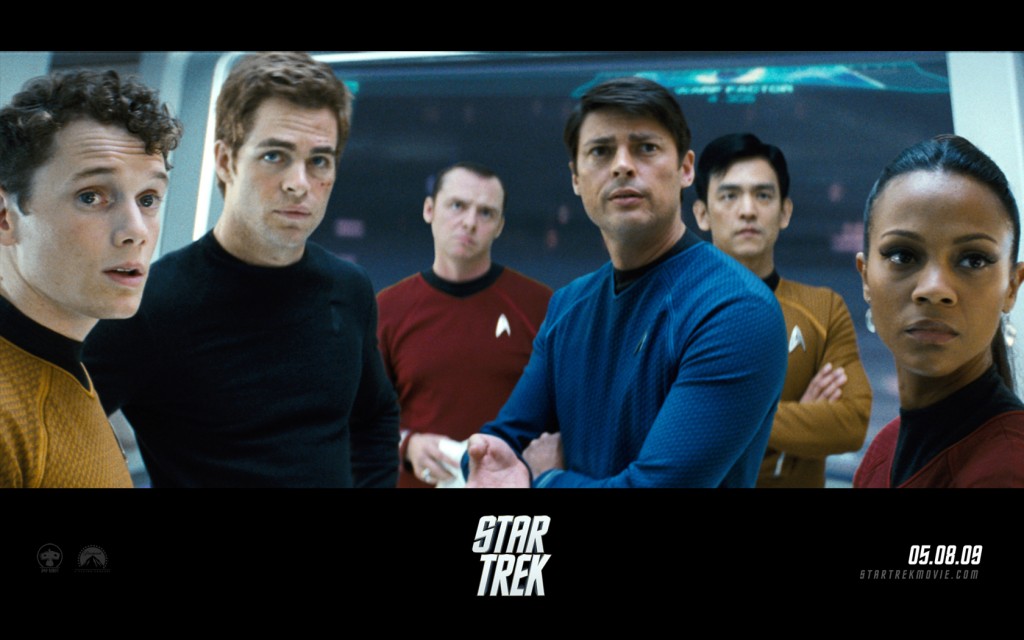