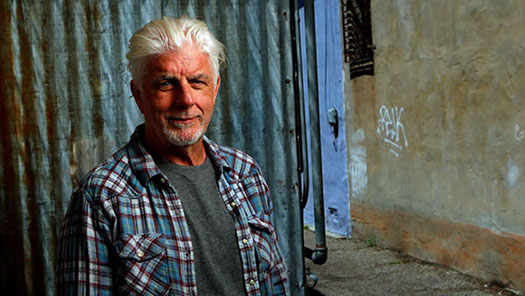 Two notes. That’s all it takes to recognize the voice of Michael McDonald. Distinctive and soulful, it is one of the most yearningly emotive instruments of our times. To this add formidable songwriting and keyboard skills, and you have an artist who has been a singular musical presence for four decades. From ‘70s-era Doobie Brothers classics such as “What A Fool Believes” and solo hits like “I Keep Forgettin’” through two highly-acclaimed Motown albums, genre-busting guest spots and innovative concept shows, the five-time Grammy Award winning McDonald is both timeless and ever-evolving.

Beyond his music, McDonald has long been an active humanitarian. He has lent his talents and energies to many causes and benefits, including MusiCares, the National Council of Alcoholism and Drug Abuse, the 7UP Grammy Signature Schools Program and was part of a star-studded lineup at Kokua For Japan, a concert that raised $1.6 million for tsunami relief.

After moving from his hometown of St. Louis to Los Angeles in the early ‘70s, McDonald honed his talent as a session musician and singer before being invited to join Steely Dan. Over the course of four classic albums, from Katy Lied to Gaucho, McDonald became an integral part of the group’s sound, singing background vocals on FM staples like “Black Friday” and “Peg.”

In the mid-‘70s, McDonald joined The Doobie Brothers, helping the band redefine their funky R & B sound as a singer, keyboardist and songwriter on such Top 40 singles as “Takin’ It To The Streets,” “It Keeps You Runnin’,” “Minute By Minute” and “What A Fool Believes.”

His distinct vocal style also made him one of the world’s most sought-after session singers. Beyond his hits with The Doobies, McDonald has lent his voice to records by an A-Z of artists, including Ray Charles, Aretha Franklin, Elton John, Joni Mitchell, Vince Gill and Grizzly Bear. During the ‘80s and ‘90s, his solo career zoomed from success to success on the wings of evergreen hits like “Sweet Freedom,” “On My Own” (a duet with Patti LaBelle) and the Grammy-winning duet with James Ingram “Yah Mo B There.”

Continuing to explore new vistas, McDonald released his Grammy-nominated, platinum-selling pair of Motown albums in 2003. Then in 2005, he partnered with Hallmark for a special Christmas album, Through The Many Winters, which sold 500,000 copies in its first two weeks.

In 2008 McDonald released the acclaimed crossover album Soul Speak (which hit three different charts simultaneously), and in 2011 received an honary doctorate from Berklee School of Music. Recently he and co-horts Donald Fagen and Boz Scaggs an 11-piece soul supergroup who tour as The Dukes Of September, released their first live DVD.  McDonald continues to tour extensively as a solo artist, with symphonies, altruistic events and plans to tour this summer with Toto.

With a career that encompasses five Grammys, numerous chart successes, personal and professional accolades, as well as collaborations with some of the world’s most prominent artists, Michael McDonald remains an enduring force in popular music.