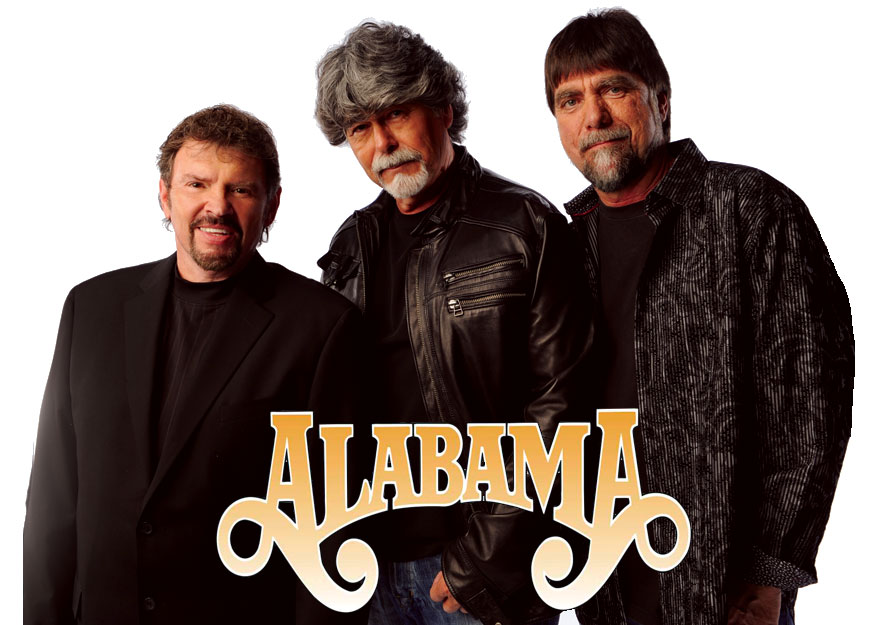 It’s been 40 years since a trio of young cousins left Fort Payne, Alabama, to spend the summer playing in a Myrtle Beach, South Carolina, bar called The Bowery. It took Randy Owen, Teddy Gentry and Jeff Cook six long years of tip jars and word of mouth to earn the major label deal they’d been dreaming of, but then seemingly no time at all to change the face of country music.

ALABAMA is the band that changed everything. They reeled off 21 straight #1 singles, a record that will probably never be equaled in any genre. They brought youthful energy, sex appeal and a rocking edge that broadened country’s audience and opened the door to self-contained bands from then on, and they undertook a journey that led, 73 million albums later, to the Country Music Hall of Fame and the Hollywood Walk of Fame.

The fact that some of the heirs of that legacy–Eli Young Band, Rascal Flatts and Florida Georgia Line–are among the stars paying tribute on “Alabama & Friends” is part of their legacy as surely as the awards and plaudits they’ve earned through the years. And those, of course, have been legion. They include more than 150 major industry nods, including two Grammys, the Minnie Pearl Humanitarian award, Entertainer of the Year awards three times from the CMA and five times from the ACM, as well as the latter’s Artist of the Decade award. They earned 21 Gold ®, Platinum ® and Multi-Platinum ® albums and were named the RIAA’s Country Group of the Century.

ICKETS:     On Sale Friday, November 17 @ 10am Tickets can be purchased at the Family Arena Ticket Office or online at www.metrotix.com.

FURTHER INFO:    Please call The Family Arena event hotline at 636-896-4242 for more information, or visit our web site at www.familyarena.com.