Review: Musical ‘On Your Feet!’ Tells Story of Gloria Estefan (thru Nov. 19) 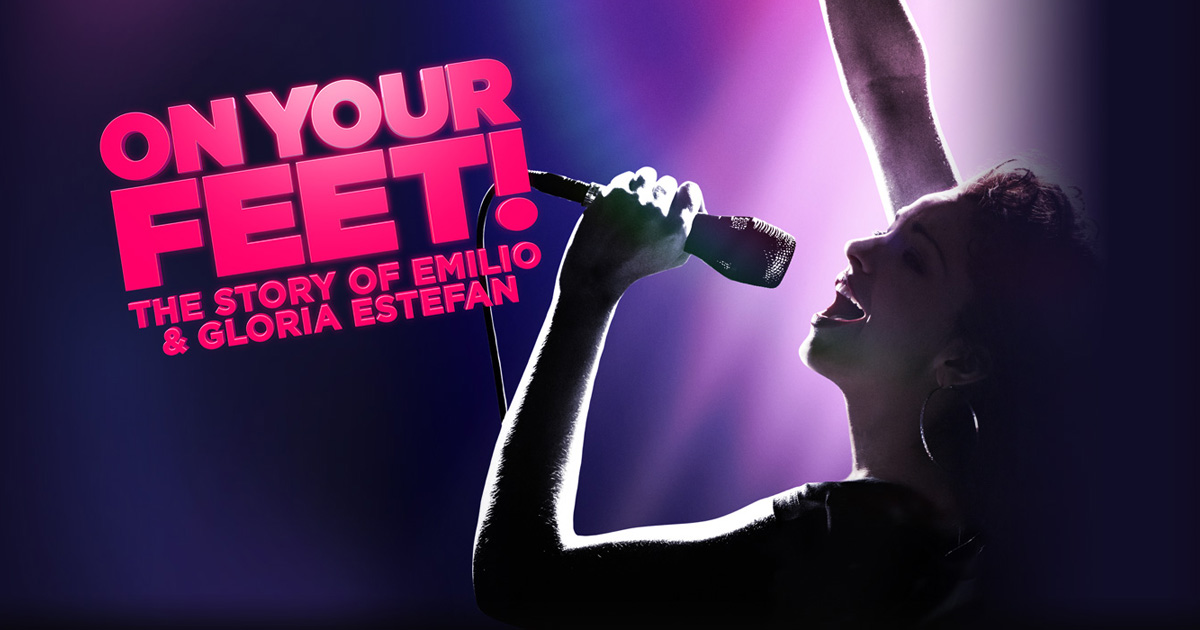 Emilio and Gloria Estefan have won a combined 26 Grammys over their illustrious careers. On Your Feet! is a new musical (it opened on Broadway Nov. 2015) which tells the story of how the two got there.

In similar fashion to some of my favorite musicals, like Mamma Mia! and Jersey Boys, the show aims to tell the story of the two musicians through songs that they’ve made famous. While it tells a fascinating story – and its subjects certainly have an excellent catalog of music – it never quite hits the same high notes. Part of this is due to the tragic real-life events told in the second act; yet the first half of the show still lacks a certain energy you would expect from a production called “On Your Feet!” 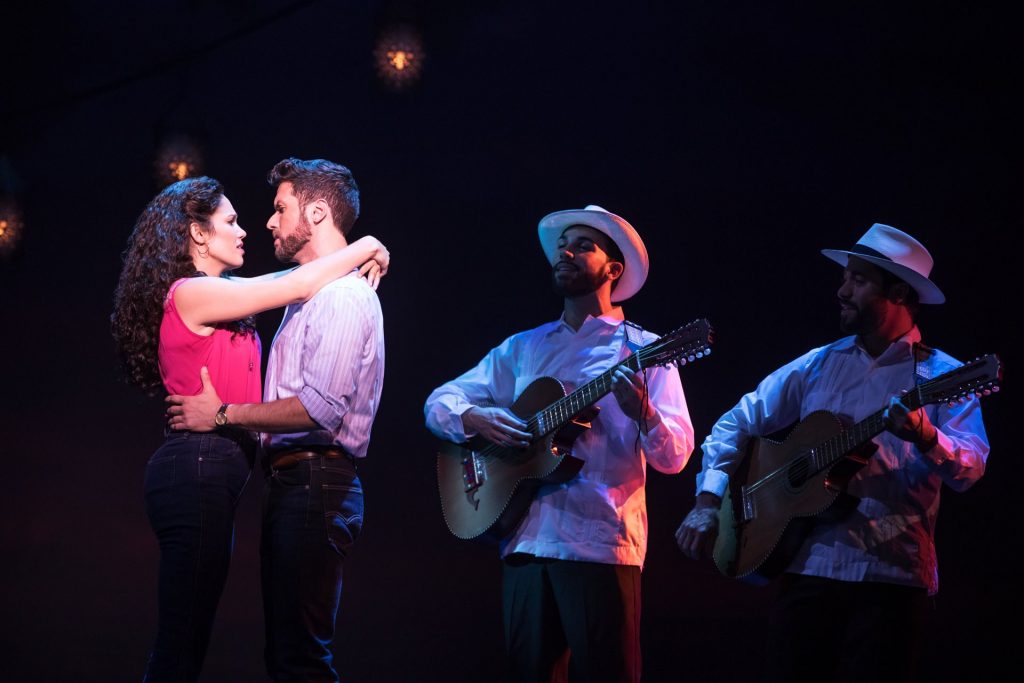 Christie Prades is magnificent as the teenage to adulthood Gloria Estefan (played by Amaris Sanchez during childhood). The actor has the look, and more importantly the voice, down perfectly. You can tell she spent a lot of time to perfect the character, and it pays off big time during the musical numbers.

Playing Emilio is Mauricio Martínez, who was one of the bright spots of the show. Emilio’s dialogue and body language provides much of the comedic relief, and he really nails it. He also has a fantastic voice and acting ability. Martínez delivers several great monologues throughout the performance, some of which brought the house to a roaring applause. There is a social commentary running throughout the story that is very poignant, and the entire production handles it well. 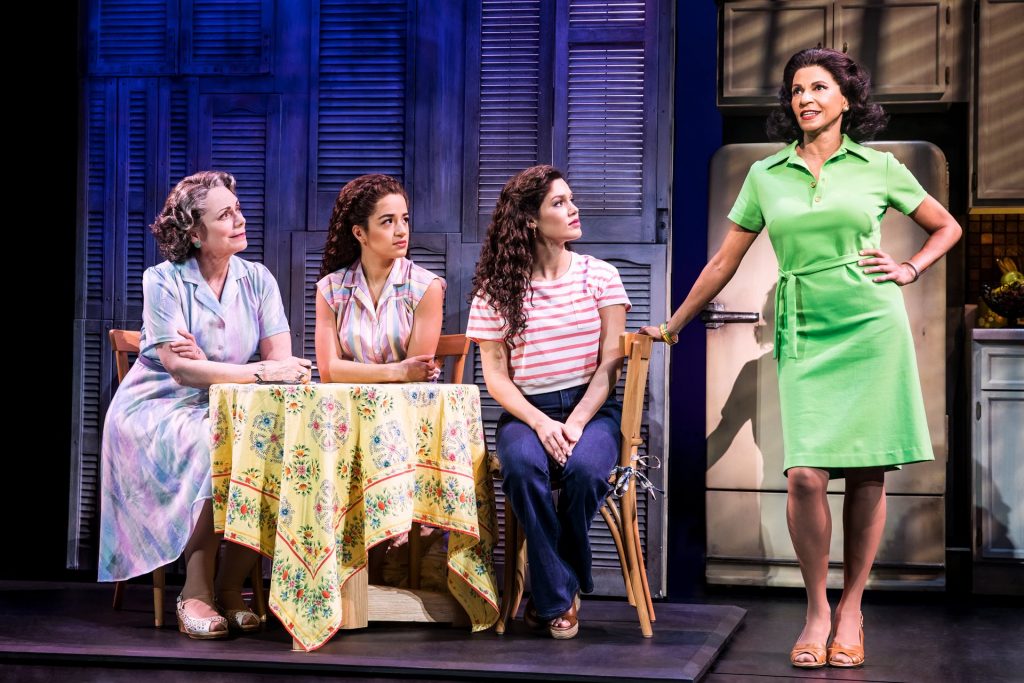 There is also a great supporting cast, including Alma Cuervo as Gloria’s grandmother Consuelo (who is hilarious), and Nancy Ticotin as Gloria’s mother.

The scenic design and lighting are both very well done. The sets make great use of projected imagery on not only backdrops, but also foreground objects. They do a great job of transporting you around the world as we follow Gloria from a young age in Cuba, to traveling around the world in adulthood. The lights are some of the best I’ve seen in a stage show that simulates the concert-going experience. 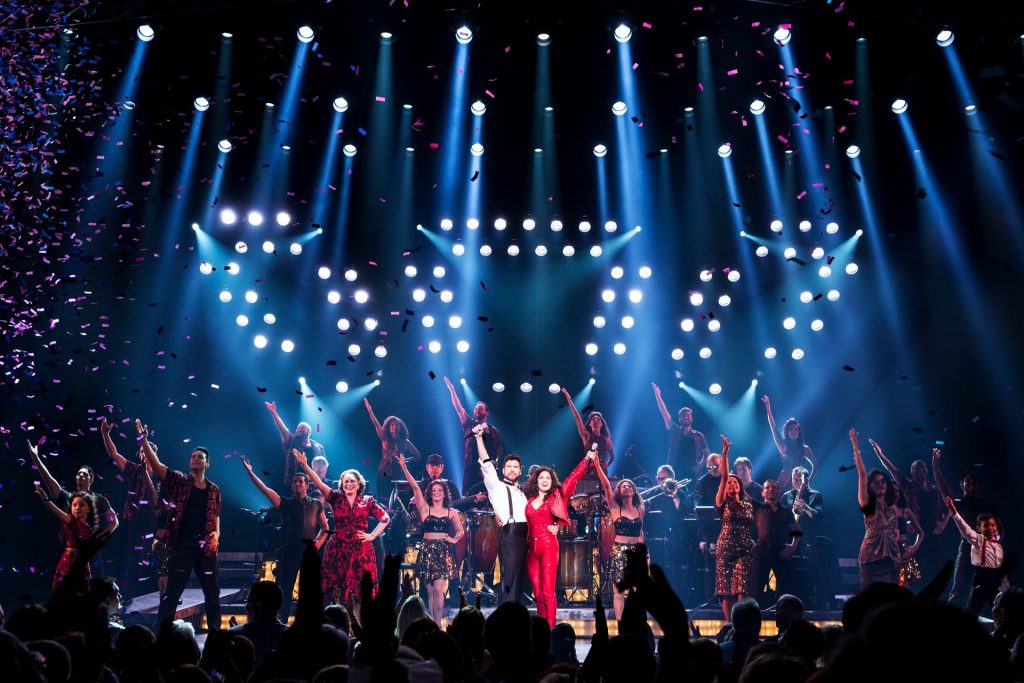 In the end, On Your Feet! tells an interesting true story – but just doesn’t reach the level of fun that I had expected. By the end of the show, I was hoping for more upbeat hits – rather than the moody ballads and love songs. There are also quite a few dramatic scenes that are handled well, but take away from making the show as entertaining as one might think. Which is not a bad thing for a dramatic play, but takes away from a show that never quite had me “on my feet.”

On Your Feet is playing now through November 19 at the Fabulous Fox Theatre in St. Louis. Tickets range from $35 – $115, and are available via MetroTix or the Fabulous Fox website. For more information, visit onyourfeetmusical.com.