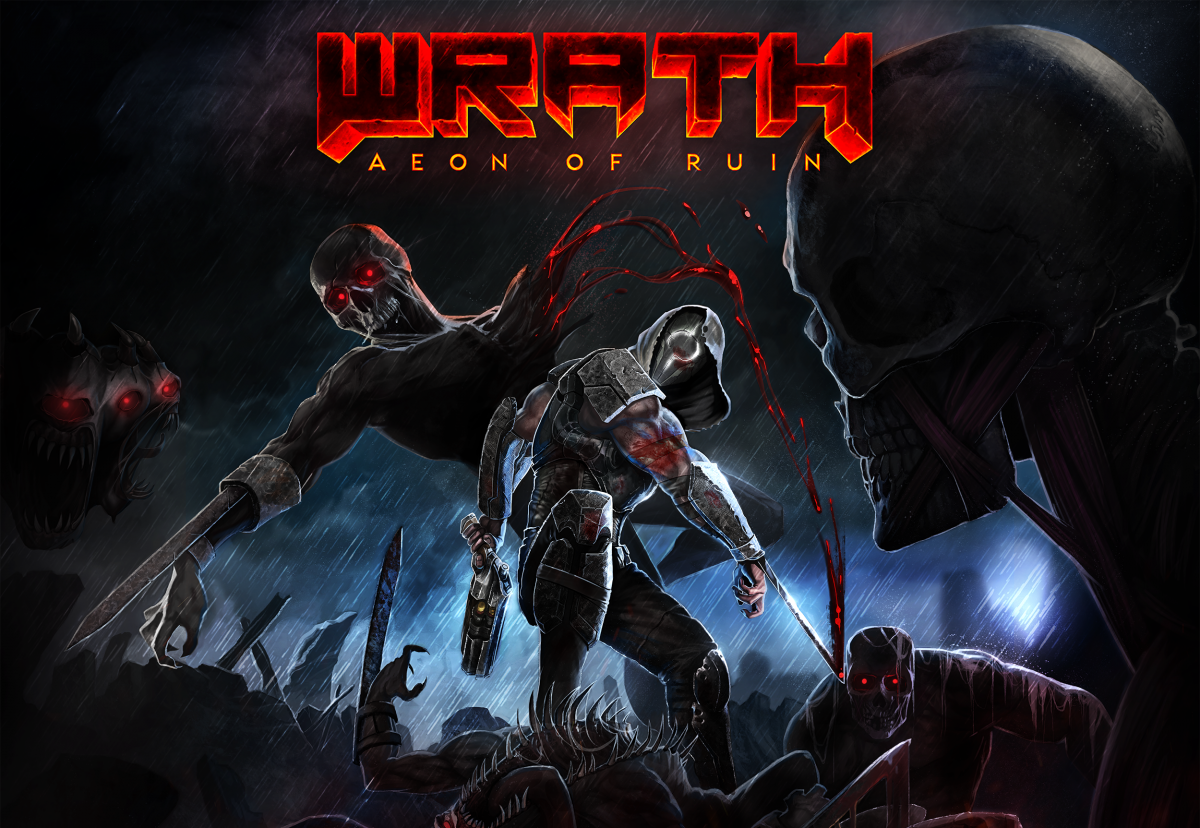 The second game we played at the 3D Realms booth was Wrath: Aeon of Ruin, by KillPixel Games. I originally hadn’t planned on testing this out, but I kept catching myself mesmerized by gamers blasting through waves of undead monstrosities.

Wrath is a dark-fantasy horror FPS that lives in the same vein as Doom and Quake. At first glance, it looks like the original Doom was revamped with a new engine. It does a phenomenal job of mashing old-school graphics with modern mechanics. The simplistic style of gameplay was extremely accessible, easy to pick up and play with little practice. Louis and I agreed we could have spent hours playing this game.

You take on the role of the Outlander and fight through a hellish landscape, hunting down those responsible for the downfall of an ancient world. The fantasy aspect meshes very well with the run-and-gun gameplay. A solid variety of enemies keeps the encounters fresh and provides some interesting challenges. Of course, the shotgun’s alternate explosive shot can make quick work of any abominations you come across. 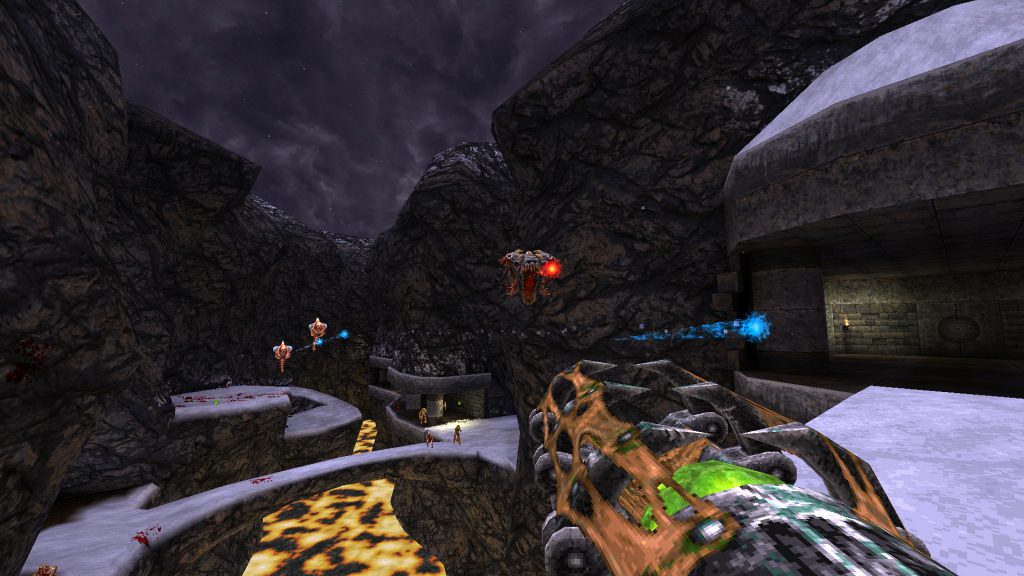 Speaking of which, each weapon in the game comes with an alternate mode. The arm blade you start with has a thrust ability that provided a whole lot of fun for Louis and I. It literally launches you forward through enemies, and is a great tool for reaching areas you can’t normally jump to. The game also features a whole lot of powerups in the form of relics, which add another level to your abilities.

The combination of easy-to-learn controls, interesting environments, and a badass player character make this game one to watch for. Seriously, the design of the Outlander is so freakin cool. I really want to see someone cosplay as them once the game releases. 3D Realms even had a replica of the game’s shotgun at their booth made by Volpin Props. The time I spent in the demo barely scratched the surface, so I’m excited to see more of what this game has to offer.

Here’s a list of things I really enjoyed about this game, and reasons why you may want to check it out:

Check out Wrath: Aeon of Ruin on PC, Mac, Linux, Switch, PS4, and Xbox One! 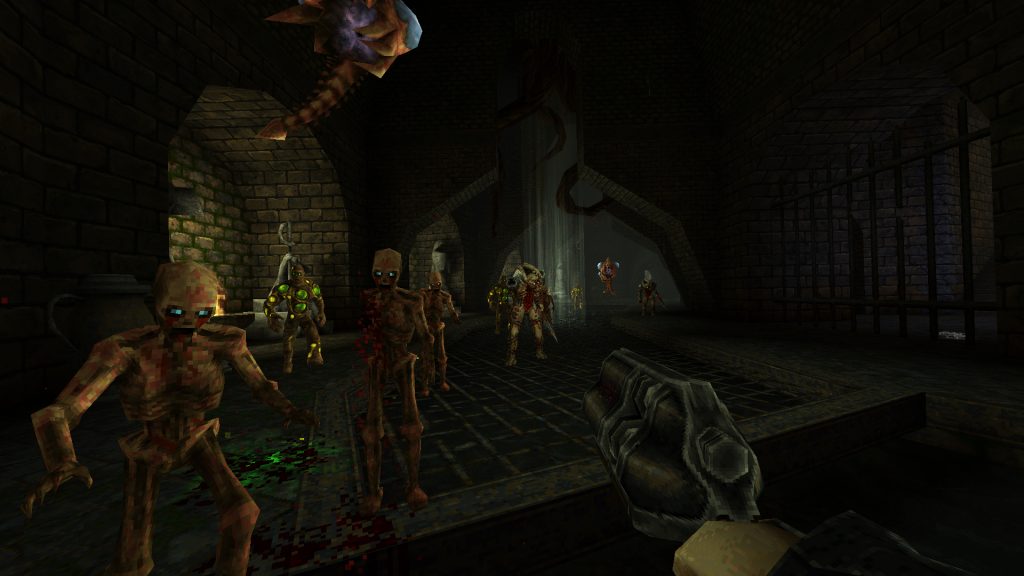