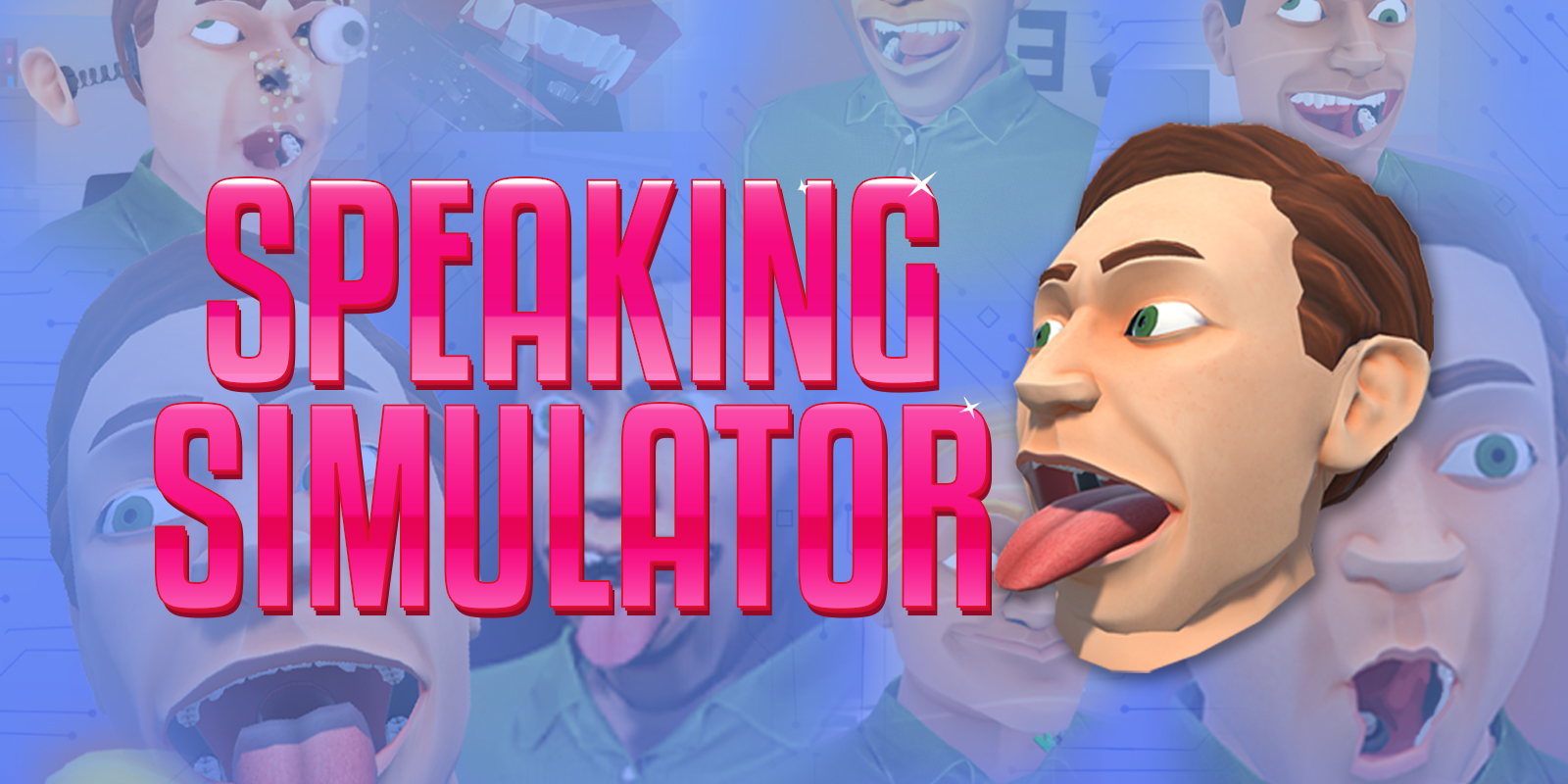 My first game of PAX South 2020 was a doozy! When I saw the press release for Speaking Simulator hit my inbox, the title alone had me curious. My initial assumption was that it would be a VR experience, but I am so glad I was wrong. Developed by Affable Games, this disturbingly hilarious game has you controlling the facial features of an android trying to fit in with human society.

The hands-on demo was active on both a PC and a Switch, which I watched for quite a while before taking the reins myself. While watching, I spoke to the game’s designer Jed, who told me it was inspired by facial CGI in Hollywood movies. He said watching Two-Face in The Dark Knight raised some questions in him. What would conversations be like if you hadn’t spent your whole life learning how to talk? Speaking Simulator certainly captures that experience.

As you progress through the game, you gain control of different aspects of facial expressions. Players manipulate the lips and tongue to work through conversations with actual humans in a variety of settings from dating to office interactions. I just have to say, it was the weirdest gaming experience I’ve ever had… and I want more!

The laughs from delighted gamers could be heard from booths away as they knocked out their own teeth, blew off their eyebrows, and popped eyeballs out. As I was playing, I could hear my friends commenting on it behind me. “That is horrifying.” followed by laughter was one that broke me as the third mission had the android confront a colleague in the restroom. By the time I ended that last conversation, my character’s nose was twisting like crazy, sparks shot from multiple places on the face, all of his teeth were gone. According to Jed, there are dozens of different ways the android can malfunction.

Jed and I also discussed the game’s relation to social anxiety. Navigating a conversation while maintaining composure is a difficult task for many people, and this game does a stellar job of capturing that stress and tension. The fact that none of the humans react to your breakdowns can also help the player realize that those anxieties are only in their head.

This is a true indie game, delving into an unexplored realm to deliver a unique experience. Rather than give a rating of some kind, I’m just going to list a few reasons why someone would enjoy this game.

Be on the lookout for Speaking Simulator, coming to Steam and the Switch this year!