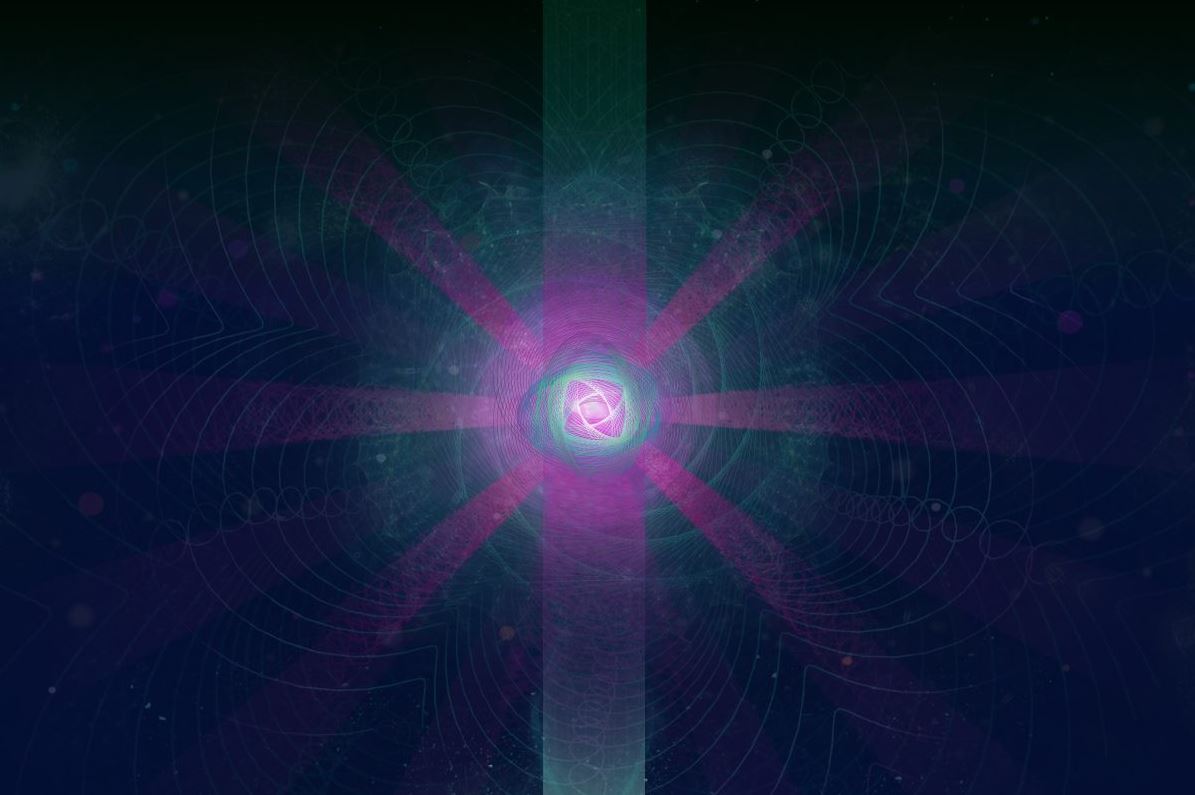 Tucked away near the back of the convention hall was Andromeda Entertainment. The promise of tea and a VR meditation experience made me stop dead in my tracks the moment I saw their booth. This company has been in business for only a year, but they’ve already achieved something unique that no other game developer has… a hypnotic immersion into a meditative trance.

When I inquired into an interview with Robin Arnott, the head of Andromeda Entertainment, they were eager to share this experience with me. I sat down on cushions arranged around a small table where Robin was preparing tea. We exchanged stories about our experiences with meditation before he told me about the SoundSelf.

The Vibroacoustic Sound Lounge Bed and VR headset integrate the rhythm of your breathing and whatever tone you choose to make, forming feedback through audial, visual, and physical stimuli. The words to explain the experience escape me, but one thing was sure… this booth was an oasis of calm in a hectic convention floor.

Putting on the headset and lying down on the bed, the guided meditation begins. Your senses are greeted with the sight of tree branches reaching through the night sky. Gentle sounds of insects and wind drown out the white noise of the convention. A soothing voice directs your breathing, then asks you to tone as you exhale. This is where the journey starts.

Each time you tone, you are met with vibration from the bed, audio feedback, and thrust forward. Your vision goes upward through the branches of the tree and into space. Psychedelic visuals emerge from the sky, moving in tandem with the sounds you create. Letting go is the only way to control the experience, which is extremely calming.

Once the meditation ended, it felt like my brain had been reset. I had some hesitation going into this convention. In addition to the usual anxieties that come hand-in-hand with new experiences, the previous week had been less than ideal. Let’s just say my mood wasn’t all that great before I went into the SoundSelf. It was a much-needed break from reality that allowed me to realign my perspective.

Andromeda Entertainment makes appearances at many conventions. For any con-goers that want a relaxing break from the daily crazy, I would highly recommend giving it a try.