One to Watch For: Cemetery Junction

I am a huge fan of Ricky Gervais, and an even bigger fan of his when he is working with Stephen Merchant.  Well the two are teaming up for their first feature film entitled Cemetery Junction (and Gervais thinks it is so rich a world he is already thinking about cooking up a TV series afterwards).

The story revolves around a group of guys in the 70’s working at an insurance company, but don’t start thinking The Office.  It is apparently going to be a darker R rated affair and one that can’t get her soon enough.

Ralph Fiennes is the biggest name on the bill, though Gervais would probably argue that, and the rest of the cast is filled out with some faces America might be familiar with, (i.e. Matthew Goode, Felicity Jones) and some British TV talent.

Either way, fans of Extras, The Office, and anything Gervais need to start following this one ASAP and you can do that by heading over to Gevais’ hilarious, brilliant, and informative blog here.

Also, keep an eye out for the trailer of The Invention of Lying (an absolutely unreal cast), which is his next staring vehicle coming out this fall!

I think Gervais could get anyone to work with him if he wanted too, lets hope he gets to keep making films for years to come.

Check out a couple pics below of Cemetery Junction. 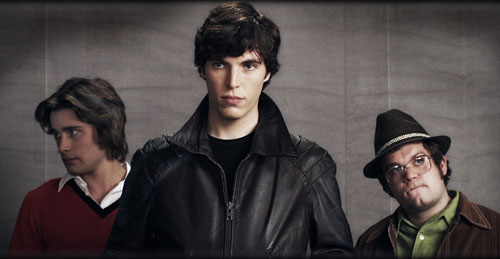 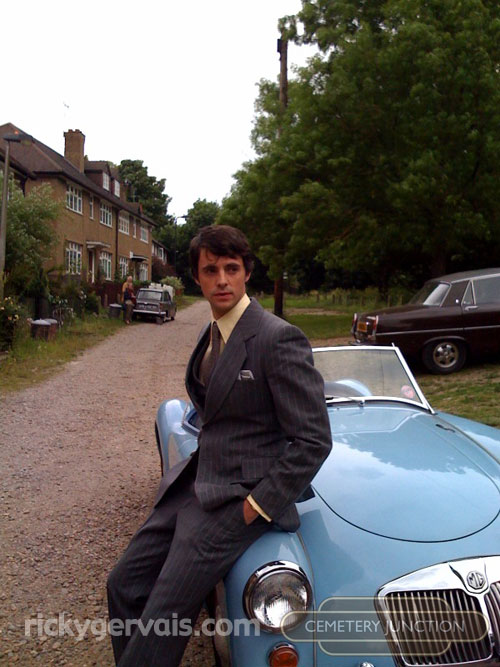