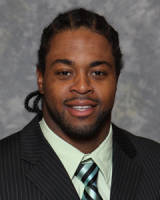 This morning was a good day for Ohio State Buckeye’s player Thaddeus Gibson. He was drafted in the fourth round by the Pittsburgh Steelers.

Here are his stats from Ohio State:

Buckeye Bits: rangy, physical defender who has the ability to make tackles sideline to sideline … converted linebacker who delivered quite an impact in 2008 … plenty of big-play potential

2006 (Redshirt): worked with the scout team and showed steady improvement