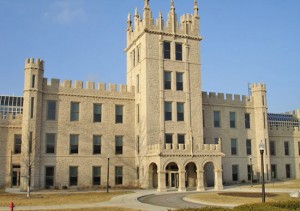 Early this morning around 4:30 AM, Northern Illinois University (NIU) fell victim to another shooting incident,  near a university dormitory. 1 student was injured and was taken to a nearby hospital. The suspected shooter is currently in custody.

Two years ago on Valentine’s Day, a gunman killed 5 students and injured 21 others before taking his own life, during a geology class on the same campus.

NIU Police are investigating a shooting that occurred on campus during the early morning hours on Friday, February 19.

The incident occurred near the Stevenson Residence Hall. An NIU student was injured in the shooting, and was transported to Kishwaukee Community Hospital for treatment.

NIU Public Safety officials are stating that the event appears to be an isolated incident between two individuals, and that the alleged assailant is in police custody.

NIU Public Safety officials are advising all students, and campus residents to take extra precaution on Friday morning, and to be alert for any unusual circumstances.  If students observe anything that appears to be out of the ordinary they are asked to call NIU Public Safety at 815-753-1212.

The NIU campus remains open, and all classes will be held as scheduled.

A press briefing is to be held this morning on campus, in the Altgeld Hall auditorium at 9:30 a.m.