“Next to Normal” Is a Hit at the Fox Theatre in St. Louis 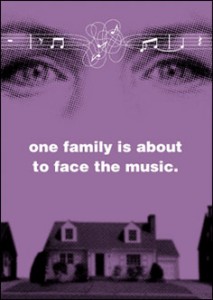 “Next to Normal,” winner of three Tony Awards and the Pulitzer Prize for Drama, has made its way to the Fabulous Fox Theatre in St. Louis. The story of a bi-polar mother and her family, who has to deal with her worsening condition, is a heart wrenching experience full of brilliant performances.

Alice Ripley is Diana – the role which won her the 2009 Tony for Best Performance by a Leading Actress in a Musical. From what we can initially tell, Dianna would appear to be the average suburban mom and housewife. The show opens with a conversation between her and her son Gabe (Curt Hansen), who appears to be sneaking in after a late night. Pretty normal so far. The first song in the show is “Just Another Day,” which introduces us to the entire family and what seems to be a typical routine. But things turn strange when Diana’s behavior becomes more and more erratic, and by the end of the number she is making sandwiches on the kitchen floor. Her husband Dan (Asa Somers) comforts her as her daughter Natalie (Emma Hunton), who seems eager to escape her home life, leaves for school.

Right from the start, Ripley shines in her breathtaking portrayal as the bi-polar mother who tries to keep her family together while struggling with her mental illness. The role is one that calls for a rainbow of emotions throughout the show, and Ripley gives a performance which hits every note – high and low. The entire cast, who comprises the family as well as Diana’s doctor (Jeremy Kushnier) and daughter’s love interest Henry (Preston Sadleir), each put on a scintillating show. Each of them goes through an intense struggle of emotions in their relationship with Diana, which amounts to one of the best modern dramas of our time. 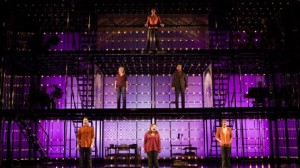 The stage is truly unique for this show, as it is comprised of three levels which constantly change based on the setting. Different lights and colors set the mood as they constantly change throughout the performance. Another thing that is really neat is that the orchestra is not located in the orchestra pit. Instead, the musicians are located throughout the different levels of the stage on each end. It is really neat to be able to watch them play during different parts of the show – while the actors are moving sometimes right next to them.

It is no wonder as to why the music in the show earned it the Tony for Best Original Score and Best Orchestration. Right away, the music and lyrics give you the feeling as though they are old favorites, as they become instant hits. The lyrics by Brian Yorkey are at times clever, and often emotional – as the music by Tom Kitt gets stuck in your head. “Perfect For You” between Natalie and Henry and “I Miss the Mountains” give us insight into what the characters are going through in their lives – the latter being one of most heartfelt performances in the show. A quick transition into “Superboy and the Invisible Girl” featuring tremendous vocals from Emma Hunton, and “I’m Alive” by Curt Hansen quickly get your toes tapping. Those, along with several other numbers, envelop the audience with a rock n’ roll attitude reminiscent of “Rent.” 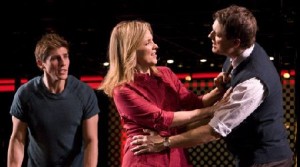 “Next to Normal” is truly one of the most memorable shows written in a long time. The story is a roller coaster of emotions, and the ride is worth every bit the price of admission. The performances by the entire cast of six are touching and heartfelt, and they certainly give it their all as they hold nothing back on-stage. The show which runs from April 12th to the 24th at the Fox Theatre is one that you certainly do not want to miss while it is here.

For more information and to purchase tickets to “Next to Normal”, visit metrotix.com or the Fabulous Fox website.