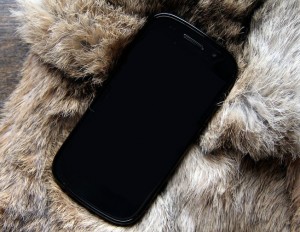 BGR released the latest details today about Google’s upcoming Nexus-branded Ice Cream Sandwich superphone due to release this November. Some of the expected specs such as a dual-core processor along with 1 GB of RAM, 1080p video capture, and 4G support are present. But there are a few surprises that Google has in store for us!

This tidbit would almost suggest that Verizon will definitely be getting their first taste of a vanilla-flavored Nexus phone. However, with AT&T beginning their LTE roll-out and Sprint pondering the same, it’s still up in the air as to where this bad boy lands.

Whaaaaaaaaaaat? I don’t even… I’ll just assume the capacitive buttons are backlit and rotate like the HTC Incredible S… unless they’re referring to some kind of touch-screen capacitive replacement for the screen on/off and the volume rocker.

Many prospective buyers might be turned off by the announcement of only 5 megapixels in the rear camera. However, even the most advanced gadget freaks are aware that MP’s mean about as much a GeeBee’s and Wifi’s. For comparison, pit any random 8MP Android camera against the iPhone 4’s 5MP stud of a shooter. It’s allllllllll in the sensor.

This was the second most interesting bulletpoint of the article (behind the possibility of having an OMAP4 *squeee*). First off, you might be familiar with the term “qHD” to describe the quarter-HD resolution of 540×960 pixels found on such Motorola phones as the Atrix and the Droid Bionic, and also the latest superphone from HTC, the Sensation. If the rumors of a 720p screen hold true, that’s a resolution of 720×1280… and if you cram that into a screen the size of the monstrous Samsung Infuse’s 4.5″ diagonal display, something magical happens… you get 326 pixels per inch, the same resolution as the iPhone 4’s “Retina Display.”