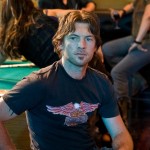 In anticipation for “Avatar Day,” where the first look at 3D footage from the highly anticipated film will be shown on IMAX screens across the US, new photos have been released from James Cameron’s “Avatar.”

Avatar is about a band of humans are pitted in a battle against a distant planet’s indigenous population. The movie has created a ton of buzz around the internet, due to the 3D animation that is supposed to far surpass anything that we have seen before. “Avatar” will be James Cameron’s first film since Titanic (1997).

I can’t wait to see how this one turns out. Unfortunately there are no “Avatar Day” sneak peaks in St. Louis, due to no digital IMAX screens in the area. Ronnies – please upgrade. These pictures will have to tide us over for now…

Check out the AVATAR photos below: