NetFlix to Stream on Wii! 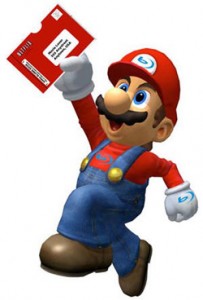 All three video game systems will now suport Netflix and this is a win for everyone.  The Wii based viewing of your streaming queue looks to be handled simillarly to PS3 in that you will have to request a disc from Netflix, for free, and when inserted in your Wii it will connect to Netflix and display your queue and other suggestions on your screen.

The service is of no extra cost and you can request your disc now at Netflix’s Wii site.

This service really might be the greatest thing since sliced bread and if you own a video game system and don’t have it, do so now.  Or go by a Blu-Ray player with it as well, totally worth it!

No news on HD service on Wii, though it is doubtful unless it recognizes if you have a component connection or not.

Full story at CNet. And Gadget Review for the awesome picture.