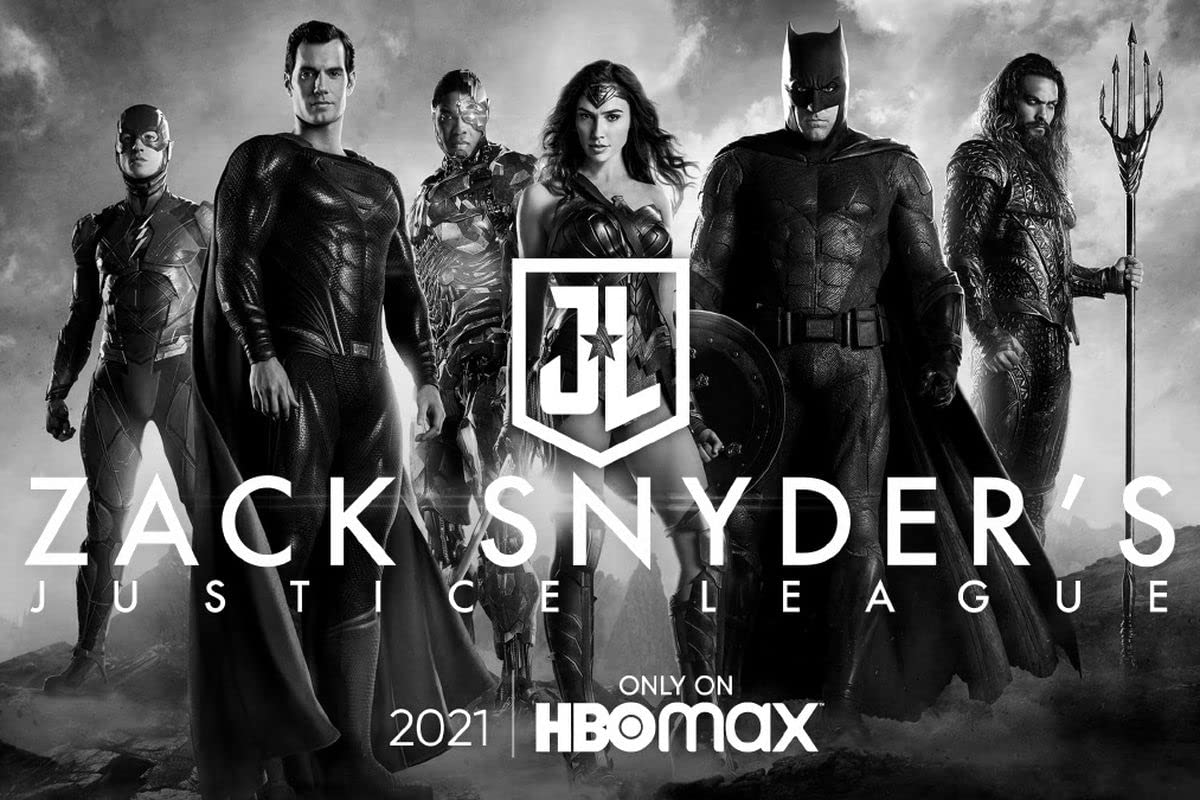 This moment in time for Zack Snyder, finally getting to release his version of the 2017 film Justice League, is unlike anything we’ve ever seen before.

Snyder left the project due to a family tragedy, and the original film was met with both critical and audience disappointment – not to mention underperforming at the box office. A movement, often referred to as #ReleaseTheSnyderCut, brought Snyder back to the project with WB granting a reported $70 million budget to finish his original vision. Now streaming on HBO Max, fans can finally watch the version they they fought so hard for – and the result is, honestly, a much better film.

Clocking in at a runtime of 4 hours and 2 minutes, Zack Snyder’s Justice League is double the length of the theatrical cut. And while it is a long movie, the story earns it – divided into 6 chapters and an epilogue. The film looks and feels epic in scope, not unlike an entry into the Lord of the Rings or Star Wars universes. It never feels slow, using the extra time wisely to flesh out characters like Cyborg and The Flash. And on the whole, the visuals got a major upgrade. In the 2017 version, some of the computer animation and character models are laughably bad. Yet, in Snyder’s restored vision, we get the quality we would expect from a big budget superhero event film. Snyder is known for his impressive visuals, with early work like 300 and Watchmen that left a mark that can still be seen today. His creative instincts do the film and characters justice this time around, creating a visual feast that is sure to appease fans who were disappointed the first time around.

The same basic bones of the original story exist here, but a majority of what we see in-between is drastically different. A significantly improved Steppenwolf (Ciarán Hinds) is sent to conquer Earth, serving his master Darkseid (Ray Porter) who we get to actually see in this version. Bruce Wayne (Ben Affleck) has been tracking Earth’s mightiest heroes, and must convince Wonder Woman (Gal Gadot), Aquaman (Jason Momoa), Cyborg (Ray Fisher), and The Flash (Ezra Miller) to join forces in order to save the world. Meanwhile, Lois Lane (Amy Adams) and Ma Kent (Diane Lane) are morning the death of Superman (Henry Cavill) after his death following the battle with Doomsday in Batman v. Superman.

The additional scenes with these characters is a huge bonus here. Take Cyborg for instance, who was completely wasted in the 2017 cut – his extended backstory and interactions with his father add much to the character development and overall arch. And the same goes for all the others, all who we get to spend more time with. DC originally rushed their response to Marvel’s Avengers films into theaters, without properly giving the characters a solo film. The extra time we spend with each of them, together and apart, makes up quite a bit for the poor planning. There is no character who doesn’t benefit from the extra screentime.

Overall, it’s hard to think of anything in the film that isn’t an improvement on the original. The aforementioned visuals are more detailed and realistic, and the movements seamlessly blend in with the stylized, comic book action Snyder creates. The new and extended action sequences are fantastic, creating moments that you know would have equaled the entire audience erupting with cheers. The score by Junkie XL goes hard from start to finish, making up for Elfman’s lackluster 2017 version (and incorporating Superman’s theme from Man of Steel which was shockingly missing before). And we simply get more time with all the members of The Justice League, allowing the audience to actually care about them. Especially knowing that we may not ever see Ben Affleck as Batman again, it’s bittersweet to see what we could have had given the proper planning.

We get more time with Jeremy Irons as Alfred, which is always welcomed. Same goes for J.K. Simmons as Commissioner Gordon. Jesse Eisenberg is back as Lex Luthor, and we get to see more Joe Manganiello as Deathstroke. And as much as I can’t stand Jared Leto as the Joker from Suicide Squad, his big scene at the end of the movie reminds us of what we could have had – as he delivers a take on the clown prince of crime that the fans will adore. There’s also a surprise character that I won’t reveal, but if you’ve been following speculation over the past couple of years you’ll probably know exactly who it is.

Zack Snyder’s Justice League is a huge improvement on the film we got in 2017, and it’s mind-boggling knowing the decisions the studio made at the time to remove so many of the best parts. It’s nothing short of miraculous that the director would ever get to finish his vision, yet here we are and fans of the Snyder DC stuff have something they will truly love. And more importantly, the improvements are major enough that I think many of the detractors of the theatrical cut will find enough to come around on this version. I know I did, and I’m shocked at just how much better this one is. It has been an unbelievable ride for Snyder and his fans over the past few years, but hopefully this triumphant version will bring some closure and peace to Snyder. Justice has been served.