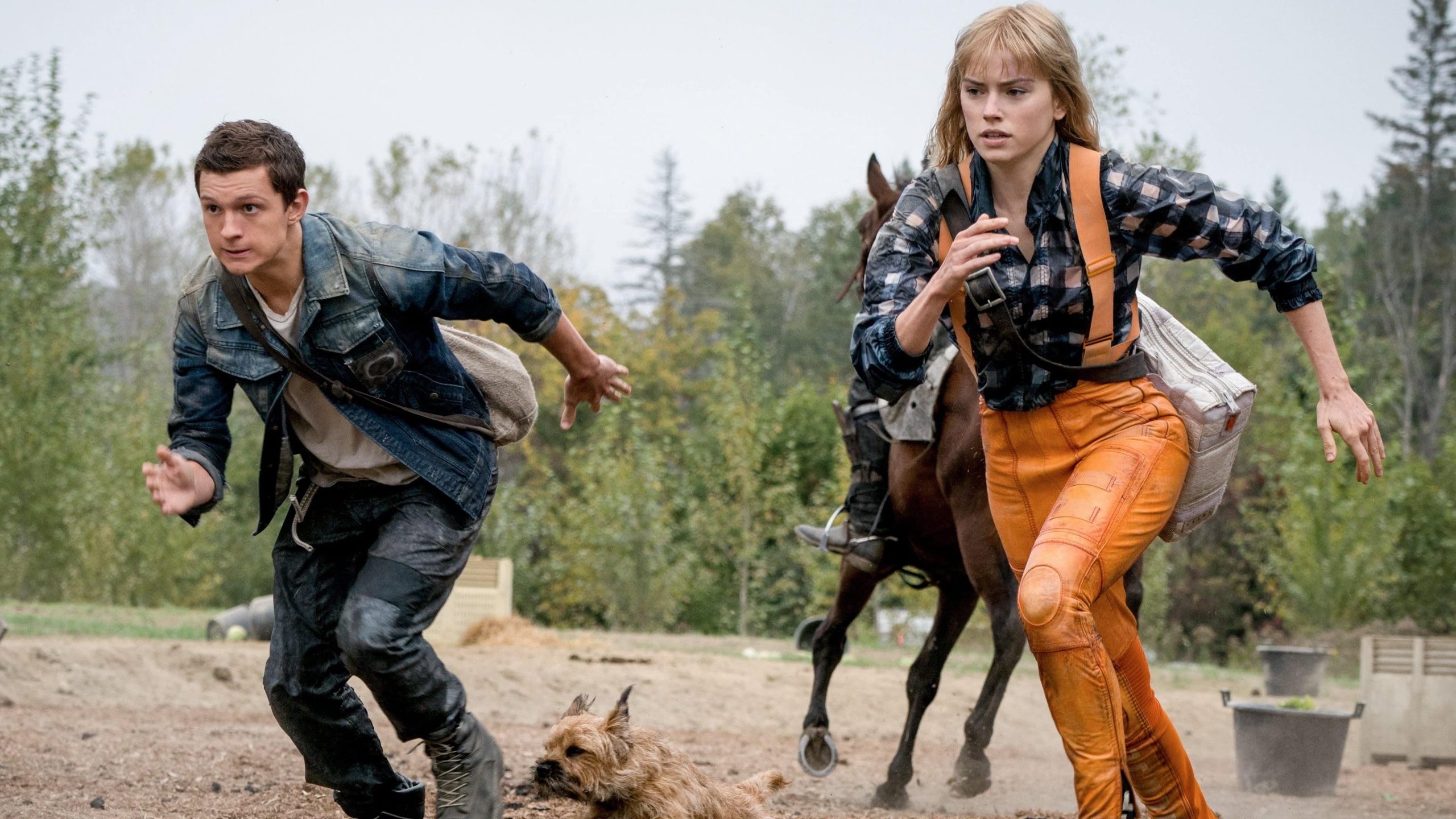 Based on the YA sci-fi novel “The Knife of Never Letting Go” by Patrick Ness, Chaos Walking tells the story of humans who have inhabited a distant planet in the near future.

Directed competently by Doug Liman, we are introduced to Todd Hewitt (Tom Holland) = who lives in a colony with no women. The men all externalize their thoughts through what they refer to as “the noise” without choice. While most try their best to suppress it, others wield it as a weapon – like the mayor of Prentisstown, David Prentiss (Mads Mikkelsen). When a scouting ship crash-lands on their planet, the sole survivor – Viola (Daisy Ridley) – is forced to run from Prentiss and his men, while desperately trying to contact her main ship. Todd knows that something isn’t right with the mayor’s plans, and he betrays his people in order to help Viola and discover the truth.

Having never read the novel, and knowing nothing about the story before seeing the film, the premise took quite a while to get used to. Simply put, it’s quite a jumbled mess on-screen. While it’s probably a pretty accurate representation of what these characters have to live with on a daily basis, it’s still incredibly annoying to see and hear all of their thoughts on-screen at once. It’s a constant bombardment of visual waves and colors, mixed with the inner monologue for each person you see. And like the thoughts in our heads, they are spontaneous and sporadically changing. I absolutely hated the experience for the first third of the film.

Once you finally get used to the way this world works (although I never fully enjoyed it – just learned to live with it), the story is fairly interesting. There is a mystery at the center of it all – as Todd and the viewer question why there are no women in their society, and search for answers as to why the mayor is after Viola. The idea of thoughts manifesting themselves in the physical world is unique, and the film uses this in several clever ways. The biggest struggle is again, getting through all the noise. I imagine reading the noise, even if it is supposed to be external, is a lot less frustrating than seeing and hearing it all at once. You can only read one line at a time, so by default it at least shouldn’t give you a headache.

Holland and Ridley both do fine with the material, neither really stretching their acting abilities too much in either role. We’ve seen both of them do stronger work, and neither is really challenged here. Mikkelsen is great as always, and fun to watch him in the enigmatic role. Aside from the interesting premise, the story is fairly predictable and isn’t cause for many surprises along the way.

The visual effects are well done, from the space crafts to animals and creatures throughout the film. As previously mentioned, a lot of effects are focused on the externalized thoughts – which are often just clouds of electric color hovering around their heads. However, sometimes they use the noise to generate imagery – through thoughts, memories, fantasies – and even projections for those skilled enough to control their powers. The latter is where things really get interesting.

Chaos Walking is entertaining enough once it picks up about half-way through, and the audience gets used to all of the noise. But a predictable and lackluster script doesn’t leave room for much intrigue along the journey. I’m not sure how fans of the books will receive the adaptation, but one thing is for sure – it doesn’t make me want to rush to the bookstore and start reading.