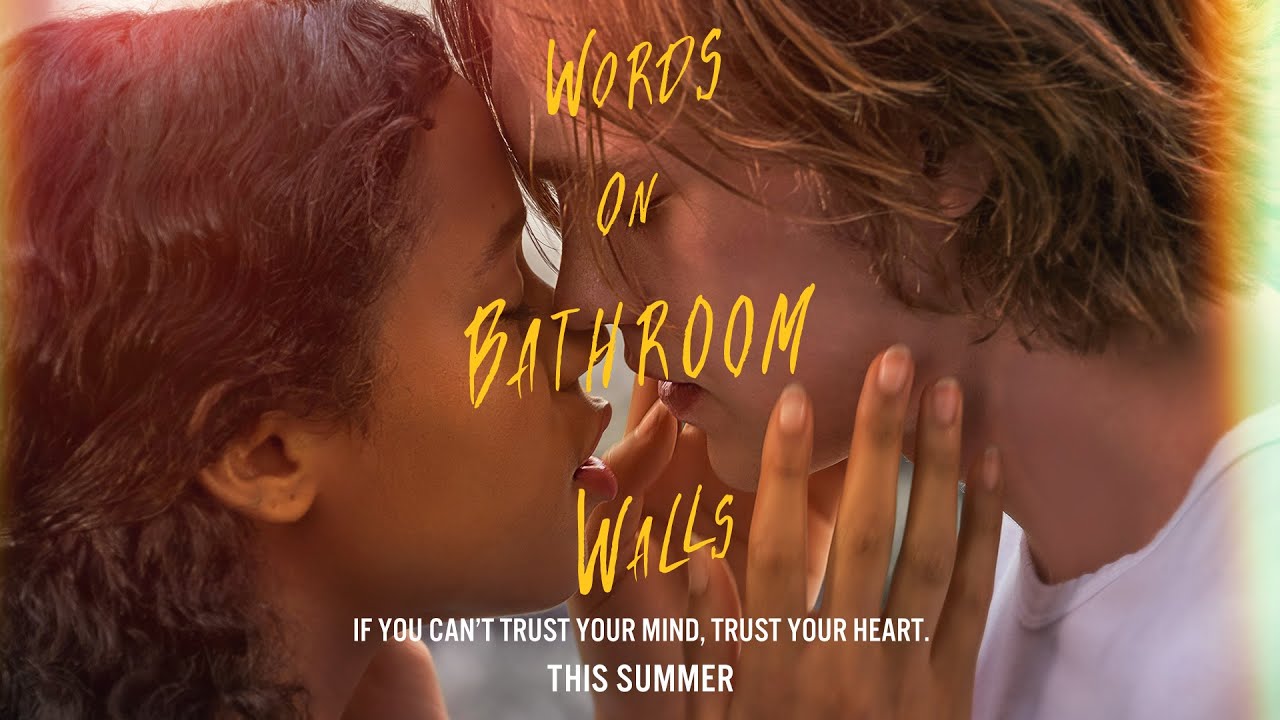 High school is tough enough as it is, not to mention the individual struggles that each student faces in their personal lives. For Adam, that means being diagnosed with schizophrenia during his senior year. Out today in theaters across the country, WORDS ON BATHROOM WALLS deals with the extremely important topic of these invisible illnesses, and reminds us that we don’t always understand what others are going through.

Charlie Plummer gives a fantastic performance as Adam, the aforementioned senior who is struggling his new diagnosis. The actor does a fantastic job conveying the confusion and anxieties that come with it. There are a lot of computer generated effects that go into creating the horrors manifested by his illness, and he does a great job selling what he is seeing.

Things start to turn around when he meets Maya (Taylor Russell) and follows his doctor’s treatment plan. The two of them quickly become friends, and have a great chemistry together. Russell is fantastic as the intelligent, motivated teen who wants to make something for herself. Meanwhile, she is dealing with struggles of her own.

One of the strongest features of the film is how Adam’s illness is presented to the audience. With mental illness, it’s hard for those who are unfamiliar with the diagnosis to understand exactly what the affected are going through. Along with strong visual effects, Adam’s schizophrenia is also manifested through several characters he sees in his daily life. There’s a tough bodyguard (Lobo Sebastian), the free-spirited Rebecca (Rebecca (AnnaSophia Robb) – who he compares to the Dalai Lama, and Joaquin (Devon Bostick) – a horny character like you’d see in a John Hughes movie from the ’80s. These three really help the audience to understand the mental turmoil Adam is dealing with on a constant basis.

At home, Adam is having trouble accepting his new stepdad (Walton Goggins), and the fact that his mom (Molly Parker) and him are starting a family of their own. While these sorts of relationships don’t exactly break new ground in film, there are some sweet moments that also feel very real and relatable.

WORDS ON BATHROOM WALLS is a movie that people should see not only for the enjoyable story and solid performances, but for a better understanding of mental health and how important it is to empathize with what others are going through. And it’s a film that teens should definitely check out, and will be sure to have something they can learn from it – without ever feeling preachy. With a great cast, a creative vision, and valuable lessons, this is much more than your typical teen drama.