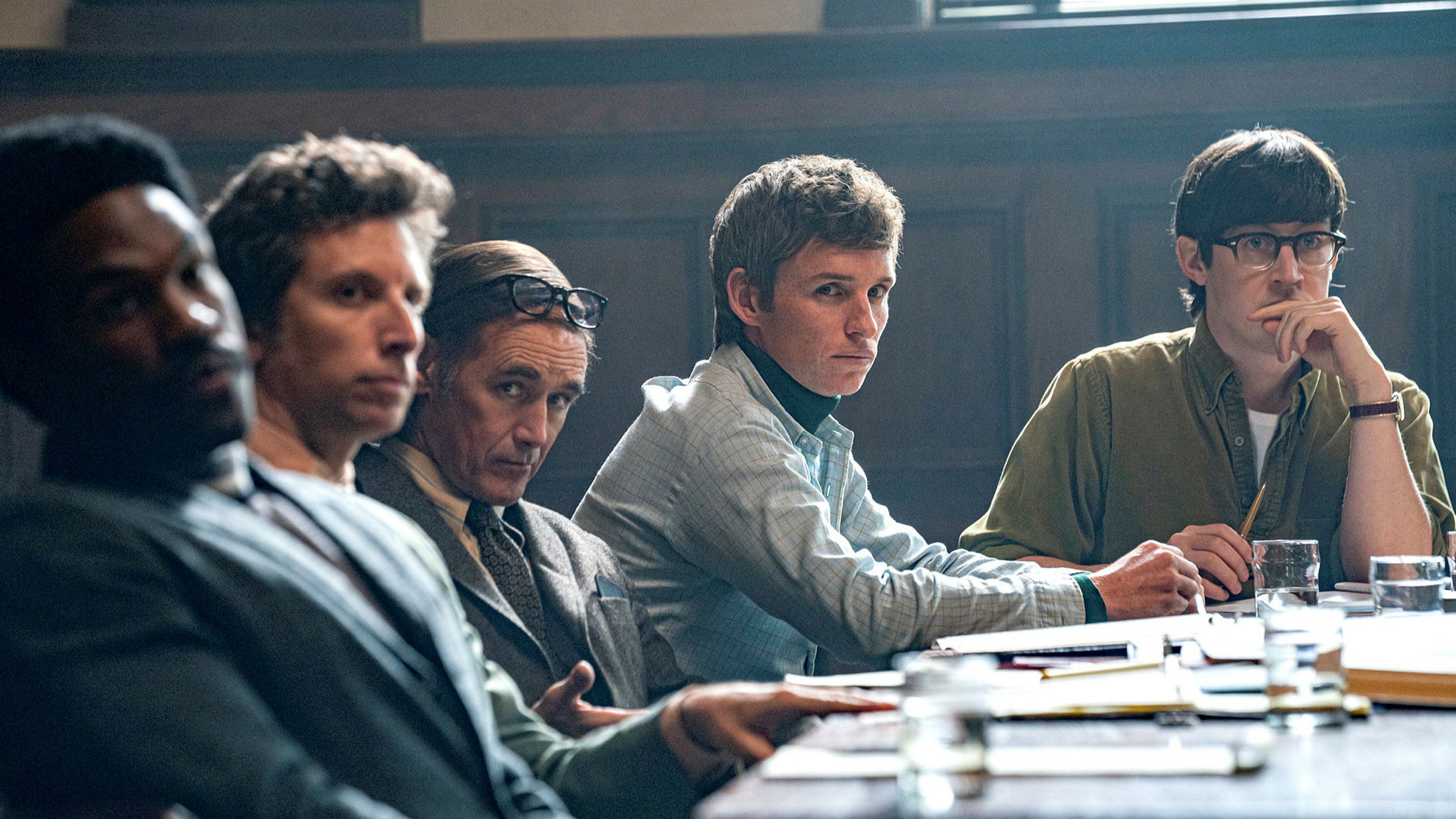 “The whole world is watching.”

Written and directed by Oscar-winner Aaron Sorkin, The Trial of the Chicago 7 is based on the true events surrounding protestors at the 1968 Democratic National Convention in Chicago, IL.

Tom Hayden (Eddie Redmayne), Abbie Hoffman (Sacha Baron Cohen), Jerry Rubin (Jeremy Strong), David Dellinger (John Carroll Lynch), Rennie Davis (Alex Sharp), Lee Weiner (Noah Robbins), John Froines (Daniel Flaherty), and Bobby Seale (Yahya Abdul-Mateen II) were arrested and charged with conspiracy and inciting riots at the convention. Seale was eventually separated from the case, as it was found he was not involved in planning the protests with the others. And thus the Chicago 7 were born.

The script is equal parts captivating and entertaining, featuring the razor sharp dialogue from Sorkin audiences have come to expect. The courtroom drama has been sorely missed in the medium lately, and the writer’s latest effort is compelling enough to sate our appetites. The ensemble cast is terrific, with especially strong performances from Rylance and Redmayne. Sacha Baron Cohen is hilarious as always, and delivers the most laughs alongside the serious subject matter. Although there is a lot of legal speak and serious consequences for the characters on trial, the witty banter and multifaceted performances keep things moving.

Sorkin’s second directorial outing, The Trial of the Chicago 7 is a fascinating look into the injustices committed by our legal system, and the case is just as important today as our freedoms are questioned frequently. Sorkin has assembled a terrific cast which delivers his trademark dialogue through some excellent performances. There is no doubt that the film will be a contender come awards season.

Trial of the Chicago 7 is now streaming on Netflix.