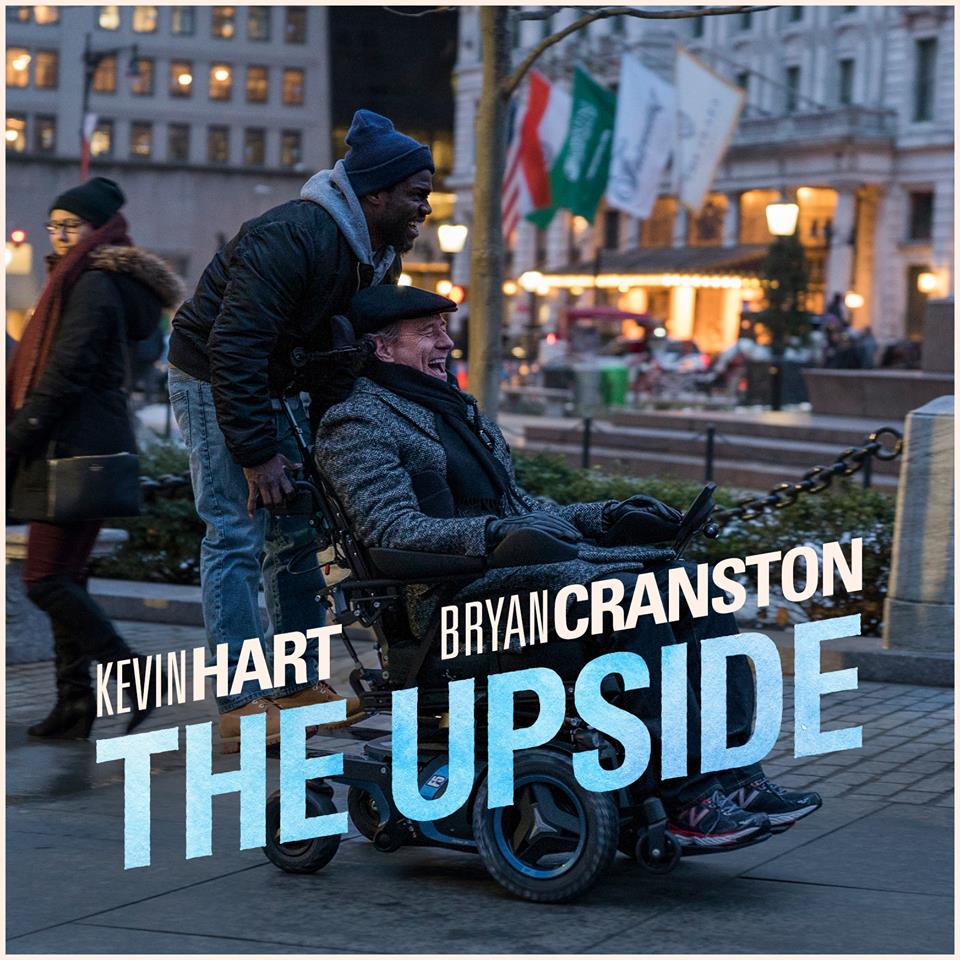 ​Before its release, Neil Burger’s new film The Upside was receiving some harsh criticism based on the fact that it is a remake of the acclaimed French film The Intouchables, earning it a harsh 3.5/10 rating on IMDB. While yes, the film is technically a remake – it is also based on a true story, allowing more wiggle room as to the multiple platforms in which this story can be told. The French version, while considered a masterpiece, should exist alongside Burger’s film instead of in competition with it. I don’t think the intentions were to regurgitate an American remake of a critically acclaimed foreign film but were more altruistic with the telling an incredible story about the bond between two unlikely individuals. While the film earned a harsh score before its release, I’m sure that number is bound to change after opening weekend.

​The film, starring Bryan Cranston, Kevin Hart, and Nicole Kidman, follows a wealthy quadriplegic named Phillip (Cranston) who hires a young man with a criminal background named Dell (Hart,) who isn’t necessarily looking for work, but ends up finding employment as Phillip’s caretaker. Nicole Kidman plays Phillip’s assistant Yvonne, and even though she is skeptical about the arrangement between Phillip and Dell, it is quite impossible not to find her character charming. The relationship between Phillip and Dell slowly blossoms as the plot unfolds and each man learns about one another in an incredible well-told tale of self-discovery, acceptance, and restarting one’s own life.

​One critic stated that the on-screen chemistry between Cranston and Hart was nonexistent and neither actors were suitable for their roles. I, however, couldn’t find this statement to be further from the truth. If anything, not only did Cranston and Hart display such a charismatic and complimentary duo, but they were absolutely fantastic in their roles. I can honestly say, this is one of the best films I have seen starring Kevin Hart in a long time, and his character was given so much depth and reality, and Hart’s performance was nothing short of incredible.

​With the film weighing heavy with some of its story content, it was quite a relief to see Hart’s comedic relief liven up the film, and I was even more surprised with how many laughs Cranston’s performance earned from the audience. Burger was able to direct a film that was equal parts dramatic and comedic, and the rhythm between both seemed quite effortless. The ability to make your audience go from tears of sadness to tears of laughter in one scene is quite a challenge, and it was a challenge Burger was quite successful at, much like his 2008 film The Lucky Ones, which was partially filmed in and around the Saint Louis Metropolitan area.

The entire supporting cast was incredible, and it was such a relief to see a film not about a man’s disability and how it affects his life, but how his disability doesn’t define him. Phillip’s story truly is amazing and inspiring, and I urge audiences to give the film a shot. I can promise you this; you won’t be displeased. And to fans of The Intouchables who claim they don’t want a remake – don’t look it as such. Instead, approach this film with an open mind and look at it as a companion to the 2011 French success, instead of its replacement or competition. That being said, I have high hopes for some good box office results for The Upside, as it truly was an incredible film.